Author Neil Turner hits the mark in the spellbinding, page-turning Tony Valenti Thrillers featuring a worthy underdog hero and prose that tugs at the heartstrings. If you enjoy thrillers with compelling, complex characters battling to untangle twisted conspiracies, this series is for you. Dive in today! 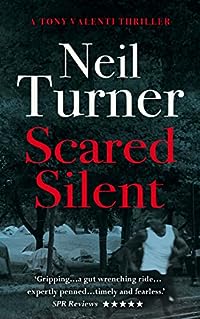 His choices: prison or death. Which scares him more?
When fifteen-year-old Denzel Payton is charged with the murder of a disabled veteran at a homeless camp, he’s trapped in a no-win situation: remain silent and risk almost certain conviction, or name the real killer and face the wrath of a monster who terrifies him.
After Denzel’s attorney is murdered, lawyers Tony Valenti and Penelope Brooks step up to defend him, despite the risk of becoming the killer’s next targets. As the evidence against their client mounts and potential defense witnesses vanish, Tony and Penelope race to unravel a dark secret that may hold the key to the case. They’ll need smarts, guts, and a little luck to save Denzel. 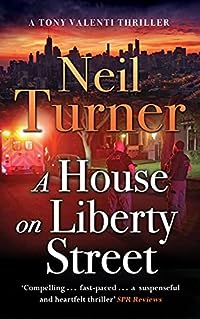 Meet Tony Valenti. His high-flying corporate law career just cratered. His society marriage blew up in a bitter divorce. He’s returned to the Chicago suburbs to lick his wounds and regroup in the haven of the Valenti family home. But time to heal isn’t in the cards.

Tony’s elderly father inexplicably shoots a sheriff’s deputy on their front porch. Nobody knows why, and Papa isn’t talking. Then their house becomes an unlikely target for condemnation and expropriation by corrupt local officials and their cronies.

With money and hope dwindling, Tony steps up to defend his father and take on city hall, and quickly finds himself in peril when he unearths sinister connections between the cases. The audacity of the plot against them fuels a gritty determination to get to the bottom of what really happened — regardless of the risks and ultimate cost to himself. To win, Tony must earn his father’s trust and outwit his wily opponents.

A House on Liberty Street is the first book in the gripping Tony Valenti series. 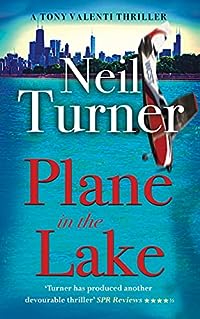 The crash of a sightseeing plane kills five. An investigation will explain what happened. Or will it?

The well-heeled owners of the tour company scheme to pin the blame on their two-man maintenance team. But it isn’t that simple. Was the well-connected, rookie pilot with a massive hangover to blame? Was it, in fact, faulty maintenance? Fate?

Tony Valenti is hired to defend the outgunned mechanics in a case where nothing is as it seems. He’s up against a win-at-all-costs legal behemoth with resources that dwarf those of his mom-and-pop law firm. Only facts can save his clients, but Tony’s search for the truth is thwarted at every turn by opponents who will stop at nothing to win.

Tony is already on the ropes when he makes the startling discovery that he has adversaries beyond the courtroom — enemies far more dangerous than a corrupt corporation and its lawyers. Plunged into a moral quagmire in which he’s forced to risk one life to protect another, Tony isn’t only battling to win a lawsuit… he’s also racing to save the most precious people in his life. 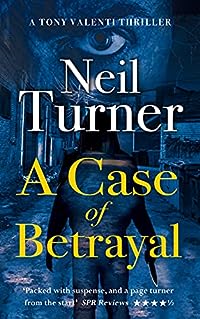 When a woman is brutally slain, suspicion falls on her ex-husband. But should it?

The suspect’s family turns to Tony Valenti for help. The case is a bewildering maze, with multiple potential killers and a mountain of contradictory evidence that points both to and away from the ex. Is he innocent? Even Tony isn’t sure.

Tony is fully immersed in the battle to win the case when a lethal terror from his past surfaces and shakes his faith in himself. Now desperate to protect himself and his family as he fights to free his client, Tony fears that he is being pulled in too many directions to save anyone. He’ll need every trick he knows to get everyone out alive. 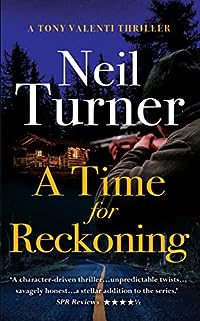 She fears for her safety. Her sanity. Her life.

When Grazyna Zaluski’s marriage takes an ugly turn, she finds herself isolated in a remote corner of Wyoming. Her husband’s family controls almost everyone and everything in the county… including the courts. Is divorce an option for a young immigrant living in the United States on a visa? Will her husband simply sweep away the problem of Grazyna, or even — quite literally — bury it?

Grazyna’s worried uncle begs Tony Valenti to take on the case. Tony and his partner don’t practice in Wyoming, yet going to bat for the vulnerable and downtrodden is what they do. They throw themselves into the fray and are quickly embroiled in a fight that may be to the death.

With danger also coming at him from unexpected directions, Tony must rely on his guts and guile to survive long enough to rescue his client… and himself.