I have a theme song for each of my pups. They both have their own song that describes them perfectly. I am pretty sure they like it. They know my singing isn’t great, but it’s the thought that counts. My baby bassets used to like when I sang their theme songs to them. Not so much now. Especially in fron of their friends.Sorry, sometimes I don’t even realize I am singing it.

Check out my other blog Pollen Patch to see what I have been up to in the garden, treasures I found at the thrift stores, and even a few cookie recipes! Click Here! 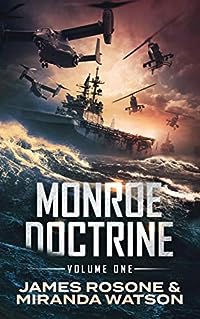 It was called Jade Dragon…

… and it threatened to destroy the West.

Was an attack on the U.S. imminent?

In a lab deep in the heart of China, a brilliant engineer had a breakthrough. It was the most powerful AI ever created. Ma Young believed the Jade Dragon could solve the world’s most dire challenges. There was just one problem…

The president of China had other ideas.

Was this their chance to conquer?

The war began at the speed of light. The entire NATO alliance stood on the brink of destruction. Cyber-attacks, deepfakes, and a wave of social media disinformation wrought fear and desperation across the globe.

The sleeping giant was awake.

Could Ma stop his creation?

You’ll love this fast-paced techno-military-thriller because we live in a world where this fiction could be truer than we suspect. It will keep you turning the pages.

The Monroe Doctrine series is broken down into seven volumes. Each volume steadily reveals the complexity of Jade Dragon as humanity steadily moves towards autonomous warfare, waged by machines. This is NOT a standalone book. 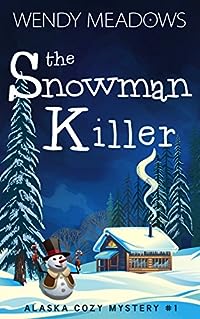 Sarah Garland is a retired homicide detective from Los Angeles, California, who found her peace in the cozy town of Snow Falls, Alaska. After a painful divorce, she now owns a successful coffee shop in the quaint town and is ready to pursue her new career as a mystery writer. But the peace of her own private winter escape is soon interrupted.

One cold winter morning, Sarah finds a grotesque snowman in front of her new home, despite being miles away from town on two acres of private land. Although Sarah first suspects the new Detective Conrad Spencer is the culprit of the snow tricks, she quickly realizes that a deadly criminal has been inspired by her new novel and takes pleasure in taunting her.

After confiding in her new best friend Amanda, Sarah is determined to get to the bottom of this mystery. Learning that Detective Conrad is more of a friend than a foe, the group must work together to find the real criminal. 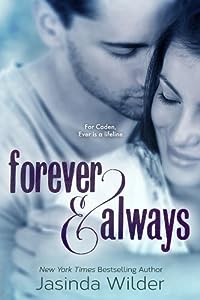 Forever & Always (The Ever Trilogy: Book 1)
by Jasinda Wilder

These letters are often all that get me through week to week. Even if it’s just random stuff, nothing important, they’re important to me. Gramps is great, and I love working on the ranch. But… I’m lonely. I feel disconnected, like I’m no one, like I don’t belong anywhere. Like I’m just here until something else happens. I don’t even know what I want with my future. But your letters, they make me feel connected to something, to someone. I had a crush on you, when we first met. I thought you were beautiful. So beautiful. It was hard to think of anything else. Then camp ended and we never got together, and now all I have of you is these letters. S**t. I just told you I have a crush on you. HAD. Had a crush. Not sure what is anymore. A letter-crush? A literary love? That’s stupid. Sorry. I just have this rule with myself that I never throw away what I write and I always send it, so hopefully this doesn’t weird you out too much. I had a dream about you too. Same kind of thing. Us, in the darkness, together. Just us. And it was like you said, a memory turned into a dream, but a memory of something that’s never happened, but in the dream it felt so real, and it was more, I don’t even know, more RIGHT than anything I’ve ever felt, in life or in dreams. I wonder what it means that we both had the same dream about each other. Maybe nothing, maybe everything. You tell me.

We’re pen pals. Maybe that’s all we’ll ever be. I don’t know. If we met IRL (in real life, in case you’re not familiar with the term) what would happen? And just FYI, the term you used, a literary love? It was beautiful. So beautiful. That term means something, between us now. We are literary loves. Lovers? I do love you, in some strange way. Knowing about you, in these letters, knowing your hurt and your joys, it means something so important to me, that I just can’t describe. I need your art, and your letters, and your literary love. If we never have anything else between us, I need this. I do. Maybe this letter will only complicate things, but like you I have a rule that I never erase or throw away what I’ve written and I always send it, no matter what I write in the letter. 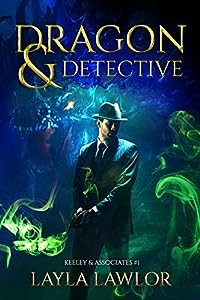 It’s not easy being a human private detective in a city with dragons, shapeshifters, and fae.

James Keeley has a magic gun (that never does what he wants) and a 1920s flapper’s ghost haunting the basement of his office, and the first decent case he’s had in a long time is a dragon hiring him to solve a locked-room mystery. James never could resist a puzzle, but this one has a good shot at getting him killed… 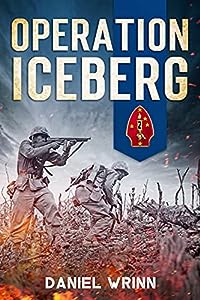 A gripping account of the final campaign of World War II — the victory on Okinawa.

The invasion of Okinawa was the largest amphibious assault in the Pacific Theater. Codenamed Operation Iceberg, it was also one of the bloodiest battles in the Pacific, lasting ninety-eight days.

After a long campaign of island hopping, the Allies planned to use Kadena Air Base on Okinawa as a base for Operation Downfall, the planned invasion of the Japanese home islands. This battle was also known as “typhoon of steel” , because of the ferocity of the fighting, the intensity of kamikaze attacks and the sheer numbers of Allied ships and armored vehicles that assaulted the island.

This narrative recounts the invasion of Okinawa in vivid, gritty detail. Explore the fascinating feats of strategy, planning, and bravery, handing the Allies what would eventually become a victory over the Pacific Theater and an end to Imperialist Japanese expansion.