An Elf With A Wagon

I really like the paper mache rhino head I bought at a thrift store a few days ago. I told hubby that I wasn’t going to keep it. It was for resale only. Bla bla bla… It was an investment. That argument is becoming more and more worthless the more stuff I keep. Every time he sees something new in the house and asks about it, I just tell him I’m storing it there until it gets sold. I need help. 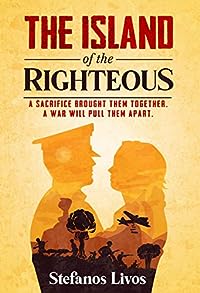 The Island of the Righteous: The untold story of a Greek island that rescued its Jews in WWII
by Stefanos Livos

A dying man’s last words point toward a tantalizing treasure, a forbidden love, and the secrets of a shattered family’s past.

1941, the island of Zante, Greece. Pantelis Kokinis and his family live under the dark cloud of Italian occupation. As the horrors of the war draw nearer, reality for the Kokinis family grows more and more fraught. Long-held secrets, raw emotions, and the fear of what’s coming leave them scrambling to hold their emotions in check and their family together.

When Pantelis meets Violeta Dalmedikos, the beautiful daughter of a prominent local Jewish family, he is instantly smitten. Unfortunately, love between a Christian and a Jew is strictly forbidden.

In 1943, the German commander demands a list with all the Jewish residents of the island. The Mayor and the Christian bishop hand in a list with only two names: theirs. Overnight, the Jewish population goes into hiding as Christian Zantiots make a great sacrifice. Pantelis and Violeta come closer, and a medieval treasure suddenly vanishes.

80 years later, Pantelis’ grandson is looking for the treasure. What he unearths is a shipwreck, a manslaughter, and a truth he never expected.

The Island of the Righteous is a gripping novel by Greek author Stefanos Livos. It expertly weaves the past and present. With evocative depictions of a shattered family’s secrets and a love that never died, this poignant story is set against the backdrop of modern Greece’s rocky history. 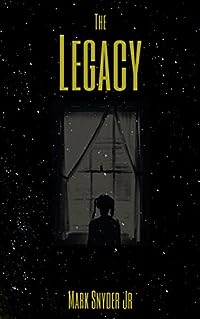 The Legacy (The Legacy Series Book 1)
by Mark Snyder Jr

The planet will only continue to host our species as long as we remain respectful guests. The Legacy is a suspenseful thriller with a glimpse into the world of the paranormal.

Ellen was born to suffer and watch those around her succumb to their misfortune. With the deaths of both of her natural parents, Ellen experiences more sadness, loss and tragedy than most people would endure during several lifetimes.

Clayton, the hero of The Legacy, loses his father in a mysterious accident before he is old enough to remember him. The questions that surround the family tragedy follow Clayton, and his vivid dreams of others begin to move him closer to who he was always meant to be -even without his knowledge.

Johanna is a shut-in destined to endure a cycle of addiction and depression as she attempts to remember her life before her abduction. Shedding her former life, and being lost without ever claiming another, Johanna is forced outside of her zone of tolerated discomfort and directly into the middle of an ancient force of nature.

In The Legacy, Ellen, Clayton and Johanna are related to one another in the most unique way, the way of saving the human race from itself. 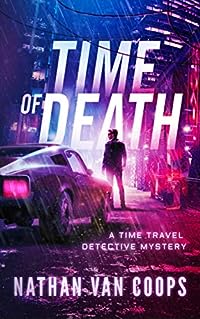 REVISITING THE PAST CAN BE MURDER

Private detective Greyson Travers has a secret, but he isn’t the only one.

When a stunning widow asks him to investigate the suicide of her husband, Greyson plans for an easy resolution.
But a quick look into the past gets dangerous for his future. He isn’t the only one interested in the case, and the longer he’s involved, the more victims turn up dead.

Greyson can travel through time. It makes him the best sleuth in the city. But every advantage comes at a cost. Under pressure from a powerful mob kingpin and an agency governing time, his investigation will take him deep into the underworld.

The clock is ticking, and Greyson might be too late to discover the truth.
Sometimes the past is better left for dead.

If you love treacherous twists and mind-bending murder mysteries, jump into this page turner where time is never on your side.

Can you solve the mystery of the future? 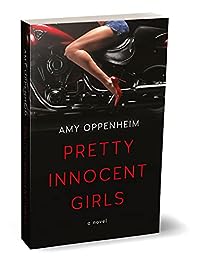 A WILD RIDE
A prisoner is locked in the shed next door. Suburban bystander Blake Davis knows he’s there, so why hasn’t she told the police? Wrestling with her response to the danger unfolding, Blake is drawn from the monotony of married life into the intoxicating fold of the Army of Outlaws. As she learns more about her magnetic but dangerous new neighbor, Hayden, temptation lures her into the darkness… into his lawless world. Will her addiction to adrenaline be her savior-or take her past the point of no return?

Zoomers vs Boomers
by Sawyer Black

They’re live-streaming for their lives.

When the influencers and live-streamers of Jackson High are selected as the winner of the Operation Gen Z contest, Craig Boucher and his friends can’t believe their luck. Sure, it’s a little awkward that Craig’s ex is on the team – and so is the former best friend who abandoned him for the cool crowd freshman year. But at least Craig’s got his BFF to lean on. And his hundreds of thousands of followers, of course.

The Zoomers think they’ve been chosen to compete in a secret competition to win a million-dollar scholarship. But when they get to the site – the rundown building that used to be the Oakridge Academy, an infamous school shut down after rumors of torture and brainwashing – they discover that they’re pawns in a brutal game of survival.

As they search for a way out of the booby-trapped campus, Craig and his friends are hunted by three fanatical Boomers determined to prove that Generation Z embodies everything that’s wrong with the modern world.

Millions tune in as the live stream goes viral, and the cameras transmit every move to the enemy. As the streamers begin to turn on each other in their attempts to survive, Craig doesn’t know who to trust or how to keep his friends alive.

Can these Zoomers come together to defeat the worst of the Greatest Generation? Or will they die before uncovering the truth behind this vicious contest? 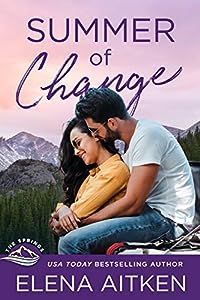 Summer of Change (The Springs Book 1)
by Elena Aitken

He’s used to getting what he wants. And he wants her.
Successful, handsome and too damn charming for his own good — he’s perfect.
The only problem? Letting him in could destroy everything she knows and loves.

Samantha Burke loves her quiet close-knit community of Cedar Springs, just the way it is thank you very much.
The addition of an upscale new resort as well as its arrogant owner, Trent Harrison, and the change they’re both sure to bring to town, is certainly not welcome.

As far as Sam’s concerned, Trent can turn right around and go back to where he came from.
That is, until one very hot — and completely unexpected — kiss changes everything.

Now Trent is pushing his way into her town, and her life and it’s getting harder and harder for Sam to deny the heat between them.

Change is inevitable, but can either of them drop their guard long enough to accept it when there’s so much on the line? Including the chance for love?