So I Bought A Rhino

Okay, I didn’t buy a real rhino, just a paper mache head of a rhino. Why? Because I could. I went a little too crazy at the thrift stores yesterday. Hubby needed me out of the house while he had work meetings, so I went on a trip to three of my favorite thrift stores. With all that time and justification on my hands you know there would be trouble. I bought a lampshade. I thought it was super cute and just couldn’t resist it. I don’t own any lamps. We have actually designed our home not to have any lamps. Yet I needed the lamp shade. A few people have suggested I just repurpose it into a plant container or trash can. I just might do that. I also scored an old Victorian Doll sled or sleigh. I’m not sure why I grabbed it other than it was a good price. I can’t help but think it might be haunted. Even without the doll in it, it creeps me out.

If you want to see some of my latest thrift store finds, or check out the latest in my garden click here to visit  my blog, Pollen Patch. 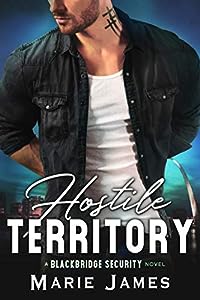 Can you call someone an enemy if you haven’t seen them for the better part of a decade?

Deacon Black is perfectly content with the status quo — work, sleep, repeat.
Who cares if he’s rigid, structured, and set in his ways?
It’s a job requirement that keeps his men safe and his company’s doors open.
One phone call is all it takes to upend his life and land him right back into a past he has tried to forget.
Revisiting old ghosts is the last thing he needs.
Especially when the forced trip down memory lane includes the only woman he never wanted to see again.

Annalise Grimaldi hit the jackpot with her life — from her trust fund to her best friend, she has it all.
But her world comes crashing to a halt when her best friend vanishes — leaving behind an apartment in tatters and more questions than answers.
There’s only one person she can think of that can help in a situation like this.
She hates to make the call, but there isn’t a thing she wouldn’t do to make sure her friend is found.
Even setting aside her hatred for Deacon Black. 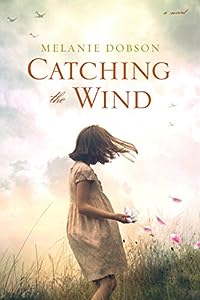 Catching the Wind
by Melanie Dobson

What happened to Brigitte Berthold?

That question has haunted Daniel Knight since he was thirteen, when he and ten-year-old Brigitte escaped the Gestapo agents who arrested both their parents. They survived a harrowing journey from Germany to England, only to be separated upon their arrival. Daniel vowed to find Brigitte after the war, a promise he has fought to fulfill for more than seventy years.

Now a wealthy old man, Daniel’s final hope in finding Brigitte rests with Quenby Vaughn, an American journalist working in London. He believes Quenby’s tenacity to find missing people and her personal investment in a related WWII espionage story will help her succeed where previous investigators have failed. Though Quenby is wrestling her own demons — and wary at the idea of teaming up with Daniel’s lawyer, Lucas Hough — the lure of Brigitte’s story is too much to resist. Together, Quenby and Lucas delve deep into the past, following a trail of deception, sacrifice, and healing that could change all of their futures. 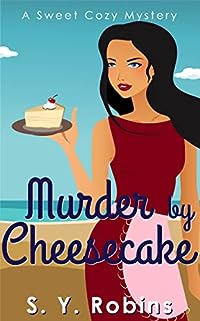 At just twenty-nine years old, Allison seemed to have it all, as a successful investigative reporter. However, a mysterious event leaves her broke – and broken – and she is forced to leave the city and return to the town where she grew up – the seaside village of Curtain Bay. It’s been twelve years since she was last there, and nothing has changed – least of all the annual Cheesecake Competition. The town’s residents take it as seriously as ever, and this year Allison is the star judge. When Allison crowns an unpopular winner, Cassandra, who then turns up dead the next day, anyone could be to blame. Did one of the runners up kill Cassandra so that they could take her crown? Could Allison be partly to blame? She decides to investigate, as she still has the reporter spirit inside her. Her search for the guilty party brings her closer to her old high school boyfriend Robert, who seems to be hiding something, and Allison is forced to face up to more than one secret from her past.

Mars is a lawless planet, its frontier teetering on the edge of anarchy.

Jack Taylor is thrust into the crucible when descendants of the First Colony, led by the self-proclaimed New God of Mars, unleashes a melee of violence upon the land unlike anything ever seen on the Red Planet. Together with a retired Ranger known as The Gray, Taylor journeys into the badlands to rescue the woman he loves and to right the wrongs no matter the price to be paid. 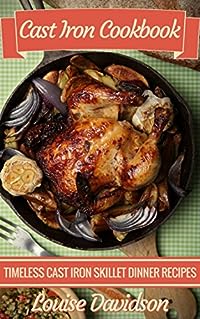 Timeless and Convenient Cast Iron Skillet Recipes… Easy to Prepare One-pot Dinners, so good you will want to make them again and again!
Download FREE with Kindle Unlimited!

Have you been looking for the perfect way to simplify meals and your time spent in the kitchen, without succumbing to prepackaged foods and overcomplicated menu plans? It often seems that the most effective approach is one that has been in front of us all along, in this case, that approach is cast iron cooking. Cast iron is durable, versatile and has proved itself over centuries of use in the kitchen and at the campsite. Now, you can take advantage of this timeless and versatile method of cooking to make your culinary creations more enjoyable, not only in taste but in the preparation as well.

With a cast iron skillet, you can not only prepare an endless range of dishes; you can create an entire meal in just one pan. The features of cast iron that make it unique also make it the perfect vehicle for taking meals that normally require several pans and bringing them together in beautiful, harmonious flavor in just one skillet. This book shows you just how easy one-dish cast iron skillet cooking can be and how even with simple preparations, you can enhance and layer flavors in dishes both classic and new. Along with the recipes in this book, there is practical advice for taking care of and using your cast iron skillet. If you have felt intimidated by cast iron cooking in the past, now is the time to shed your inhibitions and learn how just one piece of cast iron equipment can add pleasure and flavor to every meal.