Oh my gosh. I am trying to have a bit of self control right now, but I think I am going to fail. Inspecting the garden today I found a bunch of Monarch Caterpillars chomping away on the milkweed. I currently have 19 or so in a habitat, and I think that is a pretty big number to feed. So… do I collect the ones I see in my garden and have them grow in the safety of the habitat? Or, do I leave them in the “Wild”? Mind you 90% of those in the wild fall victim to predators?? Hubby keeps telling me to leave them alone. I think he might be tired of seeing how obsessed I am with them. Tell me what you think by visiting my blog Pollen Patch by clicking here. 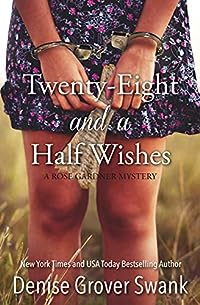 It all started when I saw myself dead.

Rose realizes she’s wasted twenty-four years of living and makes a list on the back of a Wal-Mart receipt: twenty-eight things she wants to accomplish before her vision comes true. She’s well on her way with the help of her next-door neighbor Joe, who has no trouble teaching Rose the rules of drinking, but won’t help with number fifteen– do more with a man. Joe’s new to town, but it doesn’t take a vision for Rose to realize he’s got plenty of secrets of his own.

Scotland, 9th century. An unlikely warrior forges unusual alliances as his way of life comes under attack from a deadly foe.

Farm labourer Donnell worships the old gods, sleeps in the stables and trusts the circle of Mor-druids to protect the realm. When his Laird instructs him to carry an important message to the North, Donnell sets out – but is thwarted by dangers beyond his imagination. Why won’t the druids harness the power of the ancient stones to respond to the Norse threat? What will it take to defend his village – and the kingdom? 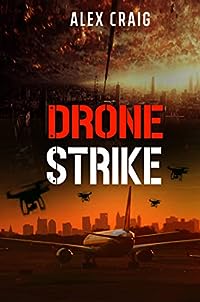 Mike Scott is back!

Recovering after the Moneytruck heist Mike finds himself in New York with the city on the brink of a terrorist attack the likes of which it has never seen before. The FBI is stumped. Their only clue to the attack is that it’s being led by a mysterious shadowy figure known only as the Redeemer.

Desperate, the FBI turn to Mike. With the clock ticking down Mike needs to figure out who the Redeemer is and discover their plans. But will he be too late?

The action is unrelenting from page one as Mike charges around New York in a frantic race against time. 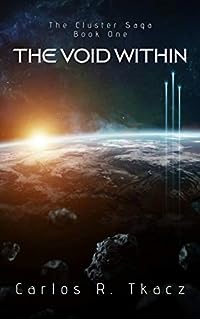 The Void Within: The Cluster Saga Book One
by Carlos R. Tkacz

The 25th century. Humanity has discovered a new form of energy, the Source, derived from the very basis of life itself. Using this power to travel instantaneously through space, humans have spread through their corner of the galaxy and coalesced into two groups: the Coalition and the Inner Cluster. They are held in an uneasy economic and cultural relationship by their reliance on each other, the Coalition with the technology of the Source and the Inner Cluster with the materials to make it a usable form of energy. When rumors of conquest, political undergrounds, and alien contact threaten this balance of powers, it falls to three individuals to find the truth of the conspiracies swirling through their governments and to stave off a disastrous war. What they find in the process will change the course of humanity forever. 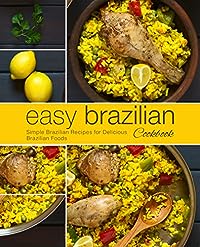 In this book we focus on Brazilian foods. The Easy Brazilian Cookbook is a complete set of simple but very unique Brazilian recipes. You will find that even though the recipes are simple, the tastes are quite amazing.

Here is a Preview of the Brazilian Recipes You Will Learn:

• Rice Skillet with Orange and Pimento

• How to Roast Brazilian Nuts