It’s a pretty great feeling waking up and knowing that it’s Tuesday and we are already done with Monday for the week. Then again, I could just as easily freak out that it is already Tuesday and the week is getting away from me. I am feeling a bit anxious that school gets out in just a few weeks. Like a giant clock is ticking over my head. I am not really sure why. It’s not like I have finals to worry about, and my baby bassets seem to have it all under control. I had always hated finals in high school. I was horrible at taking tests, so having a full week of school dedicated to taking tests that were worth so much of your grade really freaked me out. Not enough to actually study though. Somehow I always passed with okay grades. It wasn’t until college that I learned if I actually studied for the tests I could pass all my classes with A’s. My baby bassets have always been straight A students, with a sprinkle of a few B’s now and then. Makes me wonder where on Earth they got that from. Not me! 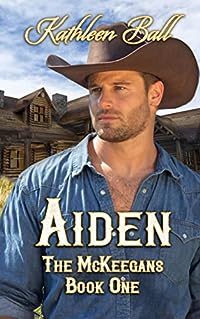 Aiden: The McKeegans
by Kathleen Ball

Eireann is the last survivor of her family after the Civil War. The war has been over for almost two years and there has been no word of her fiancé, Callen McKeegan. Anxious, she writes to his family in Montana and is promptly sent the means for her to travel to them. They too have been waiting for news about Callen.

The McKeegans embrace Eireann, but her heart cracks a little more each day while Callen is missing.
Aiden McKeegan is the eldest sibling. He seems distant until an orphan girl, Christy, plops down on his lap and calls him Papa.

Several mysterious misfortunes occur while they wait for Callen.

When he ultimately appears, he’s furious when Christy calls Eireann Mama and Aiden Papa. Callen blatantly refuses to claim Eireann as his bride.

Regret and heartbreak are unearthed in this sweeping love story of two people who are destined to be together but deny it to themselves and each other.

Lose yourself in this enthralling journey of danger, courage, love, and faith with The McKeegans. 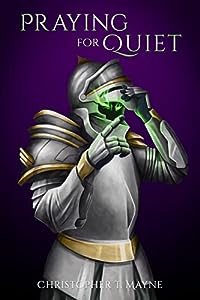 Starting college is supposed to be fun, right? Not when you’re getting an earful from your auditory hallucinations.

Kayden’s an angry teen, and deservedly so: his home life sucks, his mental health sucks, and now he’s a legal adult, which sucks. But all that’s about to change when he meets his new roommate, Chester. With the early passing of Kayden’s brother and a high school locker room mishap that branded him a lifelong misfit in his hometown, a good friend may be just what the doctor ordered. 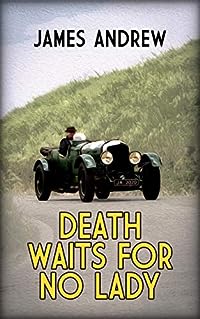 The peace of a Yorkshire town is disturbed when one of its most prominent residents is murdered. Inspector Blades and Sergeant Peacock investigate…

With the murder weapon found near the body, the detectives hope that fingerprints will help them discover the killer. But it is clear that they are dealing with a cunning perpetrator who has covered all their tracks. With various leads running into dead ends, the answers will come from understanding the victim’s character and the killer’s motive.

The victim, Lady Evelyn Wright, ran a tight ship at Elmwood Hall, she had the highest of expectations of her servants and made a strong display of moral rectitude. But recently, after the death of her stern father, she had been courting, and several younger men were seen in her company. Any of these, Inspector Blades surmises, might have reason to take advantage of Lady Wright.

However, the investigation centres on one individual in particular, a war veteran and minister of a Spiritualist church, in whom the victim often confided at her home.

Exploring their relationship, Inspector Blades and his trusty sergeant unveil clues that shine light on a shadier side to the victim, and point to other reasons for her death.

When another murder occurs, they must act quickly to stop a ruthless criminal. But have they got the right man?

In a novel that illuminates the changing world of Britain after the Great War, James Andrew has woven an intriguing murder mystery that will keep you guessing until the end. 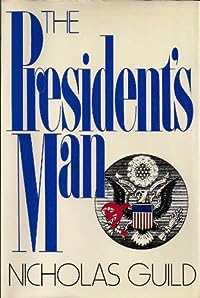 The President’s Man
by Nicholas Guild

It was a great team from the start. Simon Faircliff: candidate for the U.S. Senate, the liberal’s darling, with the charisma of a great leader. And Frank Austen: young, sharp, ruthless; in search of a job — and a cause. It took them eight years to get Faircliff the White House, and Austen the directorship of the C.I.A. and Faircliff’s only daughter for his wife. For Austen it was eight years orchestrating campaigns and clearing the way for the man he had come to love and deeply respect.Only then, when he thought they had captured the world, did Austen have the time to sit back and listen to the nagging inner voice telling him that something, somewhere, was profoundly wrong. A chance encounter with an old man, imprisoned so long he had come to be known as the Political Prisoner Emeritus, sets Austen off to piece together a puzzle so sinister, so terrifying in its implications, that its only resolution is treason.An espionage novel of the highest caliber, The President’s Man is also a brilliantly crafted psychological novel, reminiscent of All the King’s Men and Advise and Consent in its portrait of political life. 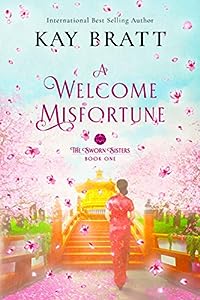 A Welcome Misfortune: Book One in the Sworn Sisters Chinese Historical Fiction duology
by Kay Bratt

From the bestselling author of The Tales of the Scavenger’s Daughters comes a historical fiction family saga that begins with a newborn Asian girl, unwanted but not forgotten, and those who come together in a tumultuous journey to give her a better life.

In 1867 an infant girl called Luli is born into a middle-class Chinese family on the mainland. Her fate is altered when instead of being put to the breast of her mother, her father declares her a misfortune and she is left at the famous Chaozhou wall where many parents and grandparents abandon their unwanted girls. But the child’s mother is desperate to save her and beseeches one of her sons to step in and deliver the baby to safety.

At the same time in the affluent house of a scholar on the island of Hong Kong, house slaves Sun Ling and Jingwei are sworn sisters, bound by their shared struggles. When the hardship and abuse become too much too bear, the girls escape and make a run for freedom, then find themselves on a ship bound for the western coast of the Americas.

When the paths of these three forgotten girls of China meet, the ocean journey is treacherous and not for the faint-hearted. In the midst of monumental difficulties, their lives converge, and they traverse many obstacles, but will do anything for one another in their oath to stay together and fulfill their hope for a better future in Chinatown, on the shores of San Francisco.