No Time For Me

My monarch butterfly eggs still have not hatched. I get so impatient. HATCH HATCH HATCH!!! I put a few fresh milkweed leaves in their container just in case they hatch while I am not looking. I am never not looking. The bummer part is I can’t bring them indoors to keep an eye on them because if they do hatch indoors it might affect their migration later. I am trying my best not to mess with nature, by messing with it a bunch. They might just be hiding from me. That’s why they won’t come out. Fine… I will give them a full hour of peace. That should do it. 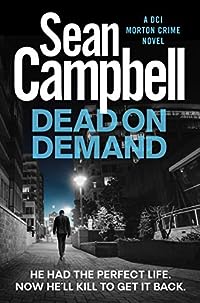 Dead on Demand: Don’t bury the hatchet, bury the body instead. (A DCI Morton Crime Novel Book 1)
by Sean Campbell

He won’t kill her himself. He’ll con someone else into doing the job for him.

When his wife threatens to take everything from him – his home, his daughter, and his career – Edwin Murphy realises that her death would solve all his problems.

He’d kill her himself if he weren’t such a coward.

Instead, he concocts an elaborate scheme to fix it all. To get back his job, his home, and his daughter.

And he doesn’t care who gets hurt along the way. 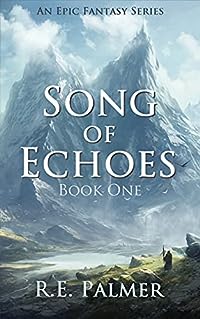 ‘All that has gone before is woven into the Song; joy, sorrow; kind acts and cruel acts; creation and destruction. Past, present, and what has yet to come, make themselves known — if you know how to listen.’

For three hundred years, the people of the Five Realms have lived in relative peace, protected by their great leader, the Archon. Yet, far to the north, in the frozen lands beyond the Draegalen Trench, the Ruuk stir, driven by a rising evil, long believed banished from the world. But rumors questioning the Archon’s ability to defend the realms once more, persist.

Elodi, the Lady Harlyn, uneasy in her new role following the death of her father, and Toryn, a farmworker and outsider in his village, must discover a way to fight an enemy that all but defeated their ancestors. 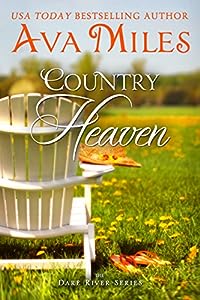 International Bestselling Author Ava Miles presents another humorous and heartwarming story about the power of love, family, and redemption. Chosen as Best Book of the Year and connected to Ava’s bestselling small town Dare Valley series.

When famous — and infamous — country singer rock star Rye Crenshaw saunters into the diner where she cooks, Tory Simmons is certain she’s got him pegged. He’s a bad boy who lives large. But while she couldn’t care less about country music or arrogant men, Rye makes her an offer she can’t refuse when he asks her to be his private chef. The job is the answer to all her prayers: it will clear out her debt and finance the fresh start she desperately needs.

Rye is certain his sassy new cook is the last woman who’d ever tempt him, but spending time with the wholesome girl next door will do wonders for his damaged public image. Her food also happens to be the best he’s ever eaten, both comforting and seductive. They find themselves becoming friends although both are secretly hoping for a whole lots more.
When an emergency in his family whisks him home, Rye does the one thing he’s never risked: he lets a woman into his heart…

Soon the emotions Rye faked for the tabloids become all too real, but will the country heaven he’s found in Tory’s arms survive in the real world? 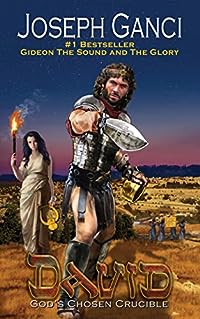 David is every man’s man, an outlaw prophet, a man of war, and a man of God.
He is a ruthless warrior, an ardent lover, skilled musician, and poet-philosopher.
God sees in him the heart of a lion, the tenacity of a bear, and an ever-faithful man of action.
God calls an unlikely and lowly shepherd boy to become the king of the Jews and fighting prince of Israel.
David overcomes all odds in escaping every snare, evading every trap, and learns from every encounter, growing in understanding and effectiveness in the love of his Creator.
He protects, defends, and enlarges the stakes of Zion, the resting place of God’s chosen people.
David reaches the pinnacle of all worldly success. He marries the love of his life and is the master of all that he surveys, even surpassing his imagination.
Witness the hair raising and narrow escapes from the vengeful King Saul.
Eventually, and in desperation, David seeks sanctuary with Achish, the Philistine prince that calls David a friend, even giving him a Philistine village and inviting him to battle against Israel.
Be a party to the kidnapping of David’s two wives and his ferocious battle against the shapeshifting Amalekites.
Be present as he wins them back and, in doing so, captures a vast treasure trove of flocks, herds, and gold.
Come and join the battle at Mount Gilboa and the destruction of Saul and his son’s foretold by the witch of Endor.
Celebrate the fall of the city of waters and the last puzzle piece needed to establish the empire of Israel.
Look down from the high walls of Rabbah and learn of the needed destruction of Uriah the Hittite.
Stand invited to the marriage ceremony of David and his soulmate Bathsheba, the future mother of king Solomon, the future monarch of Israel.
David and Goliath, the giant, are one of m many Old Testament Bible books. These Christian Bible stories are one of the favorite Christian books for women. The Christian bible is a Christan book that spans from creation through revelation to the legacy of Jesus. 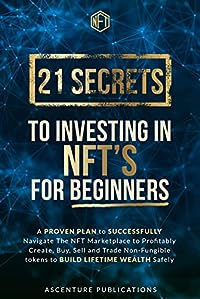 The NFT investment train has just left the station, and it’s already running faster than Bitcoin’s!

Taking this opportunity on the fly could lead you to discover a digital goldmine, and we’re about to reveal to you how to become a pioneer in this new industry.

In a very short time, NFT Investing has become the main topic on everyone’s lips and has managed to divide the world between skeptics who believe it’s just a temporary fad and the forward-thinking who see it as an even bigger opportunity than cryptocurrencies.

Only time will give us the definitive answer, but the certain thing is that, currently, those who know how to operate correctly in this world are entering the circle of the new rich.

Another fact not to be underestimated is that all the biggest and wealthiest companies in the world are investing billions of dollars to ensure their presence in this new digital world.

Through the pages of this book, we are going to disclose every secret and knowledge about this virtual world, explaining things in a way that can be easily understood by anyone, to make sure everyone has all the necessary basics to invest profitably and reduce the possible risks!

Here is what you will find in this guide:

• How to join the 1% of the world’s population that has figured out that NFTs have more potential than Bitcoin had in its early days,

• The easiest way to “hack” an NFT project — You’ll be able to instantly and confidently figure out which one will blow up and which one will fall into oblivion,

• All the secrets that those who have already made millions of dollars with NFTs don’t want you to know — Investment strategies that will change your life in a matter of seconds,

• Want to create your own NFT project? You need to know that 98% FAIL, but don’t worry — We know how to get you into the other 2% and send your project to the moon,

• How to avoid mistakes that will make you lose all your money before you know it — Be aware of the top 10 most common scams and frauds,

• Exclusive content for every reader, such as sheets of NFTs to watch, rock bottom NFTs to buy, and more… To keep you updated and help you make more money than you realize right now!

And so much more!

Entering the world of NFT investing has never been easier. Thanks to the straightforward explanations and tricks you’ll find inside this guide, you’ll grasp the potentiality of this market in no time! 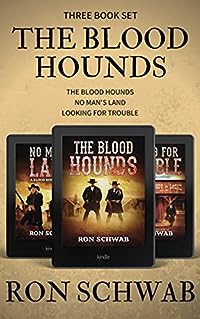 From the bestselling author of Grit and Old Dogs comes this collection of the first three books of the popular Western series, THE BLOOD HOUNDS.

THE BLOOD HOUNDS – Book 1
Fifteen years after the disappearance of Miranda Wheaton, Pinkerton agents Trace Crockett and Darby Maguire must leave no stone unturned while evading Kansas twisters, surviving Dodge City gunfights, and embarking on a treacherous journey to “No Man’s Land,” as the two “blood hounds” try to pick up the scent of the missing young woman.

NO MAN’S LAND – Book 2
In the aftermath of a bloody train robbery, The Pinkerton Detective Agency enlists the newly married detectives Trace and Darby Crockett to track down the gold bullion that was stolen from the train, as well as one of the passengers who was abducted by the outlaws: the fifteen year-old daughter of a railroad executive.

LOOKING FOR TROUBLE – Book 3
Thirteen-year-old Brady “Trouble” Yates takes a detour when he hears gunshots and hysterical screaming on his way from a trip into the small town of Lockwood, Wyoming and decides he should investigate the commotion. What Brady discovers puts his own life at risk, and he knows he can’t return home, so he heads for the hills to lie low while he plots his next move. Enter “the blood hounds,” Trace and Darby Crockett, former Pinkerton detectives, who are hired not only to investigate the disappearance of Brady Yates but also the murder of a local lawman. Are the two events related?