It only took hubby two days of me trying to cook healthy diabetic friendly dinners for him, before he ran to the computer and signed up for a mail order meal plan. TWO DAYS! Ya, I agree the food I made wasn’t all that great, but it was edible and healthy. No one got sick. UGH! I am glad he is taking control of his diet and trying to be healthier, but it still kinda stings. Of course this means the baby bassets and I are on our own for dinners. I wonder if the boys feel betrayed by hubby. He knows what my cooking tastes like and they are being forced to endure it. FINE!!! I am going to look up more healthy meals and they will be delicious.  AND HUBBY WON’T GET ANY OF IT!!!

If you would like to see the latest news on caterpillars, see what new treasures I have found, or even check out the recipes I attempted, but not quite landed… visit my blog Pollen Patch by clicking here.

*Mature content. May not be suitable for some readers.*

When the lines vanish, only justice remains.

John Sole is a cop. He has witnessed the dark side of humanity before, but an international drug cartel’s plans take him to a place where the lines between good and evil disappear.

As Border Patrol and DEA agents increase pressure on the Los Salvajes cartel, their leader, Juan “Bébé” Elizondo, strikes a deal that promises to circumvent the Feds and increase the flow of narcotics to the north. The plan is intricate and expensive, but with a billion dollars of cocaine at stake, there is no stopping Los Salvajes — The Savages.

A tip from a criminal informant brings Sole and his partner Randall Travis into the hunt. Their investigation takes them into the heart of Atlanta’s criminal underworld and leads to the door of one of the state’s most powerful men.

Working with the Feds, they close in, but not before, Elizondo unleashes his most trusted lieutenant, Alejandro Garza, a man who kills without passion or remorse.

The torrent of blood and violence Garza brings leaves John Sole with one option… justice.

From Bestselling author Glenn Trust, Sole Survivor is a hard-boiled thriller and the first book in his new Sole Justice Series. 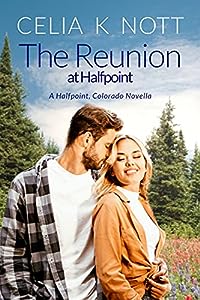 Is Halfpoint real? Because I want to go there! The Reunion at Halfpoint is one of those reading gems that you find from time to time–a book that creates a little world for you to spy on, with people that you come to care about. ~ Aubrey Brandon This novella is such a perfect pick-me-up! ~ Goodreads Review
It’s been 20-years since she last saw him.
Annie Dubois agreed to host her class reunion at her Aunt Elbie’s Inn for one reason: her high school sweetheart wasn’t attending. Even after so many years, Annie wasn’t sure she could face the man she once loved. Especially not when her heart already belonged to her two kids. Then Hank Orin Jr. showed up unexpectedly, and Annie couldn’t help but be annoyed and compelled by her old flame.
He’s on a mission to make her, and her kids, his.
Hank was done waiting for the one that got away. As soon as he arrived in Halfpoint, he made his intentions clear: he wanted Annie and he would do anything to have and keep her.
They have one week at the Inn at Halfpoint to decide if the risk is worth taking.

Does Annie’s busy life, and her already-full heart, have any room left for Hank? Find out in this sweet introduction to Nott’s beloved Halfpoint, Colorado series. 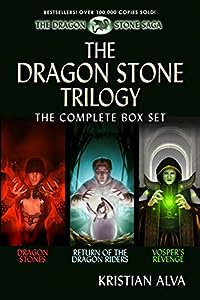 All the books in this completed series are available as stand-alone volumes.
This #1 bestselling young adult fantasy series has sold over 250,000 copies in the UK and Australia!

• Dagon Stones: Book One of the Dragon Stone Saga

This trilogy can be read as a stand-alone set. 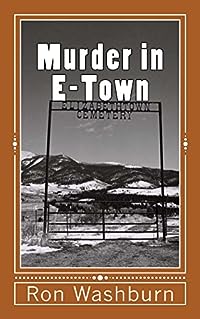 Murder in E-Town: A Novel (The Alternate Universe Book 13)
by Ron Washburn

Based on a true story.
In the fall of 1870 a woman, badly beaten and suffering from hypothermia, stumbled into the Pearson Saloon in the mining settlement in New Mexico Territory known as Elizabethtown, or ‘E-Town’. The story she told of murder would change the lives of all who heard her. Her husband had just killed their young son and a passing traveler. Her story fell upon the ears of well-known gunslinger Clay Allison and his gang. What happened next would become one of the most notorious stories ever to come out of New Mexico. Told by one of Clay’s gang members, he weaves the facts into a story that will introduce you to one of New Mexico’s first documented serial killers, Charles Kennedy. A name you’ll not soon forget. 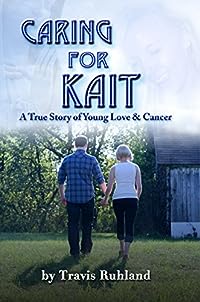 Caring for Kait: A True Story of Young Love & Cancer
by Travis Ruhland

At the age of 22, Kaitlyn Julia was diagnosed with Stage 3 melanoma, an aggressive form of skin cancer. At age 23 it had moved to the 4th Stage. And by age 24 it claimed her life.

On the day she was supposed to be married to her soul mate, Travis, she was instead laid to rest.

Told from Travis’ perspective, this is a story chronicling the harrowing journey of a couple and their unbreakable bond as they are faced with the cold reality that their time together would likely be cut short. This is a story of immense love and heartbreak. Of triumph and sorrow. This is a story of a man struggling to rediscover purpose through unfathomable loss.