I have decided that I don’t want to go to space. I know there are a lot of people out there who would jump at the opportunity, but I am not one of them. Every single story of people going to space has resulted in an adventure, and I think space is the last place in the universe where I would want an adventure. Too scary if you ask me. Now, if you don’t have an adventure, it would be a pretty boring trip. It’s not like you could go outside at all. You are stuck inside the whole time. Even if the ship had a pool, a spa, and shuffle board, you still can’t do anything you wouldn’t be able to do on a cruise ship at sea. Nope. I think I will pass. Thank you. 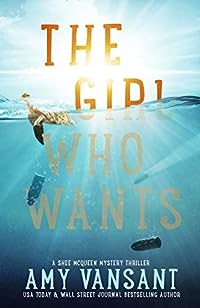 Shee McQueen grew up skip tracing and hunting military criminals with her father, Mick, until someone put a bounty on her head, forcing her underground. Resurfacing years later, she returns to her family’s hotel in Jupiter Beach, FL, to find Mick in a coma, shot in the head by an unknown sniper.

“Loved! This book was hard to put down! Anyone who likes Patterson’s books will like this one! It will keep you on the edge of your seat till the end!” ~ Cathy M. Rose ?????

The Loggerhead Inn has everything Shee could want in a beach hotel—sea turtle wall art, a tiny Yorkshire terrier mascot who thinks she’s a pit bull, and her father’s staff of deadly, damaged military veterans, looking to redeem their troubled souls by helping others. Not to mention— Hold on…

How did Mason Connelly, the SEAL she fell for decades ago, just appear in the lobby? Why did he have to show up now demanding answers to secrets long buried?

Shee wants it all back.

But someone wants her dead. 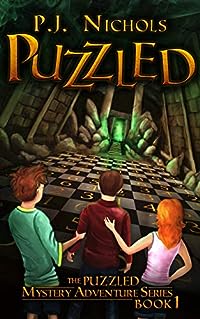 Peter, an exceptionally clever junior high school kid, is pulled into an adventure where he and a few friends have to solve a series of very challenging riddles and puzzles. Peter’s mind, which has an amazing talent for problem-solving, is needed to save the world.

This adventure sure is a big change from what Peter typically deals with in life: He gets called geek and nerd by everyone in the cool group. He tries to hide his love for learning, in a hope to stick out a little less. He fantasizes about a girl who is out of his league.

Peter and his friends must solve every confusing riddle and challenging puzzle they face. If they can’t, a powerful supernatural being will cause immense destruction and devastation… 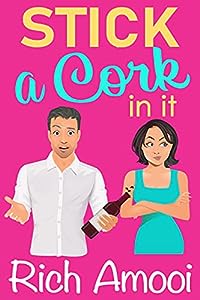 Stick a Cork in It
by Rich Amooi

Ivy needs a miracle and a drink — not necessarily in that order. What she doesn’t need is Ted Jacobs, aka Mr. Know-it-All. She’s determined to save her struggling winery, but she can do it without the annoyingly handsome man’s help, thank you very much.

Ted wants to catch lightning in a bottle and create the world’s greatest wine, but he’s smart enough to know he can’t do it alone. When he heads to Napa Valley to keep his grandma from ending up in jail (don’t ask), he meets Ivy Dobbs, the world’s most stubborn woman. Fine, she’s beautiful and as intoxicating as his award-winning cabernet, but she stomps on his offer to collaborate.

Ted knows it’s risky to mix business with pleasure, but if Ivy would only listen, they might just be the toast of the town. 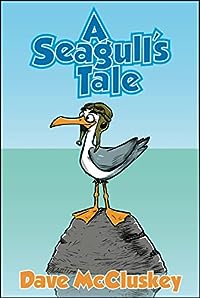 THE SEAGULLS ARE ORGANISED,AND THEY WANT YOUR TREATS!

Leni is the leader of Wing Group Five. He’s a seagull with a mission.

He bravely leads his team in wave after wave of attacks on the customers of Binkie’s ice cream parlour in the seaside village, all for the benefit of the colony!

But, everyone knows ice cream is the deadliest substance known to gulls!

Something fishy is happening in the village, something that is affecting life in the colony too. Leni has questions, and, with the help of his Wing Group members, he’s determined to find the answers.

A Seagull’s Tale… An Epic of Oceanic Proportions! 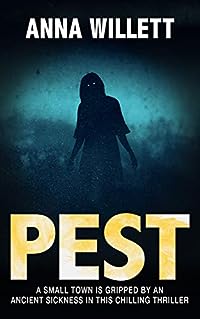 PEST: A small town is gripped by an ancient sickness in this chilling thriller
by Anna Willett

She takes your dreams, and then your life…
A NAIL-BITINGLY SCARY SUSPENSE THRILLER

Sightings of a strange girl on the outskirts of the small Australian town of Thorn Tree coincide with the outbreak of a deadly sickness.

The girl appears in people’s nightmares, beckoning them into nothingness.

Maggie’s café lies at the heart of the town, and she quickly becomes embroiled in the unfolding events.

As more people she knows succumb to the illness, Maggie will have to act fast to root out its cause.

Maggie believes that if she understands the girl’s story and finds her, she can save her friends and herself.

But maybe she too has merely been lured into the pest’s evil embrace. 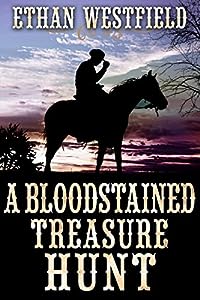 Beau Graham is a brave man and no matter what meets him, he faces it and overpowers it. After the loss of his parents and the land where he grew up, he takes an offer to work as a blacksmith apprentice, on the advice of a kind old man, Emil Northup. Thanks to Beau’s diligence and willingness, Northup will see something in him that sets him apart from others, including his own nineteen-year-old son, Archer. When the old man dies suddenly, Beau and Archer must join forces in order to save Northup’s legacy. ?owever, they are surprised to discover that Northup set up a riddle before his untimely death… What will Beau and Archer be willing to risk in order to solve this demanding puzzle that may not be as innocent as it first seemed?

While Beau and Archer are struggling to unravel the enigma Northup left for them, Beau will cross paths with Jessamine, a school teacher with an adventurous heart. Having recently moved to Walla Walla for work, Jessamine will soon have second thoughts about whether choosing such a career in this mysterious town was a good idea. Beau will quickly realize that there is more to the young teacher than it appears and he will ask her to join him on the perilous journey to uncover Northup’s secrets. Unfortunately for them, their troubles have just begun… With danger closing in, will they be courageous enough to take action and finally leave this hazardous quest behind?

With the passing of time, Beau and Jessamine grow a deep affection for one another but they both know that if they want to stay on course, they will need to set their happily ever after aside. How far into the darkness are they willing to go in search of the truth? Will their love ever have the chance to flourish or will the forces of lawlessness overtake them at long last?