You spend two days being sick and you fall behind four days. How does that even happen? No matter. Today I feel great and I am back up and running. I was even able to post an update about the garden on my other blog Pollen Patch (check it out by clicking here), and I even added some items to my eBay store with a few garage sale and thrift store finds. Which is really good because I have not been able to drive my own car anywhere since Sunday. I told you about how hubby and I went to an Everything Is Free sale at 3pm on a Sunday? Ya, well she had A LOT of stuff. I filled my car up! Now I have to go through it all. Some of it was really cool, some not so much. I might have to rethink my thinking when it comes to free stuff.  I almost spit out my coffee this morning when I told hubby I wouldn’t go to anymore thrift stores until I cleared out the stuff I have, and he responded that he wanted to go garage sailing on Saturday. WHAT???? You know I can’t say no to that. Fine. I will do my best to clear stuff up so I can make room for more. IKES!!! 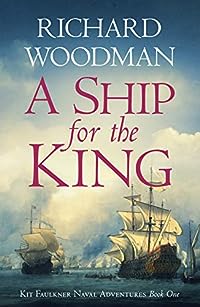 With war on the horizon, his path to greatness will be revealed.

Bristol, England, 1618. Kit Faulkner is a young vagrant orphan, taking life as he finds it in the rough world of the docks. But after a chance encounter with two men while out scavenging for food, his fortunes are changed forever.

Kit is taken aboard the Swallow, a large merchant ship partly owned by the two men, and after spotting some promising qualities in him they decide to train the boy for a life at sea.

And so begin the adventures of Kit, which see him rise through the ranks and risk all on the high seas. Meanwhile, England edges ever closer to civil war, and very soon Kit must choose which side he will fight for…

A scintillating adventure at sea, based in detailed historical research, perfect for fans of Patrick O’Brian, C. S. Forrester and Julian Stockwin. 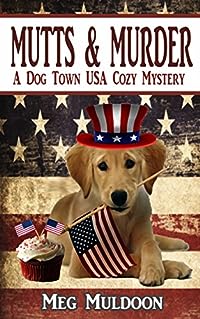 Welcome to Dog Mountain, Oregon a.k.a. Dog Town, USA.
Population: 30,342 people, 25,212 dogs and counting.
Mutts of all sizes, shapes, and creeds welcome. Wipe your paws at the front door.

After spending six years covering crime for a big newspaper in Portland, ace reporter Winifred Wolf returns to her hometown of Dog Mountain and takes a job covering canine-related stories for the local paper. But soon the dog parades, humane society fundraisers and Dog-a-thons take a toll, and it’s not long before the normally dogged reporter finds herself… well, dog tired of her boring new beat.
That is, until a dead body shows up in a local dog park one day in June, and Winifred’s sister, the owner of prominent pastry shop The Barkery, is accused of committing the ghastly deed.
Winfred suddenly finds herself in a race against the clock to uncover the real murderer. Her only hope in saving her sister is convincing a police lieutenant who she’s been at odds with to break the rules and delve deeper into the mystery.
Can Winifred find the real criminal in time for the town’s annual Fourth of July Pooch Parade? Or will the summer go to the dogs?
Romance smolders, mystery flourishes, and dogs of every sort abound in the first installment of this brand new cozy mystery series from Amazon bestselling author Meg Muldoon. 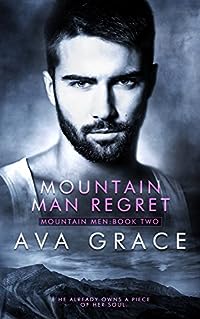 For the past three years, Faith Anderson has regretted the one night stand she had with sexy mountain man Cooper Brown. .Not because Coop had been grieving the death of his on-again-off-again girlfriend, Caroline, at the time, but because that was the moment she fell hopelessly and madly in love with him.
.
Ever since the night that Faith gave Coop her virginity, he’s wanted nothing more to do with her and she’s had to watch him man-whore his way through every woman in town. .So when she finally makes the decision to try to get over him and start dating again, she and Coop are thrown together by a cruel twist of fate.
.
Just when she thinks she’s found a man she can fall in love with, Coop tells her he wants her to give him another chance.
.
Should Faith choose the man who would do anything to make her happy or the one who already owns a piece of her soul? 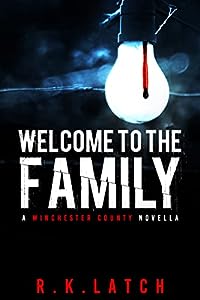 Welcome to the Family (Winchester County Legends)
by R.K. Latch

Wade is only nine. He’s had a rough life. And in 1944 Mississippi, there is nowhere for him to turn.

He’s been abandoned time and time again. Staying alive is his top priority. Feeding himself is a close second.

After years of surviving on his own, a kind, well-dressed man offers young Wade a place to stay for a few days. He tells Wade that his wife would be overjoyed to have a kid around the house for a few days.

Whatever Wade expected, this isn’t it.

Luthor and his wife, Gabrielle, are charming people. Or so they seem at first. But as young Wade soon discovers, people are not always what they seem. So did Wade jump from the frying pan into the fire? And if so, will he live to tell about it? 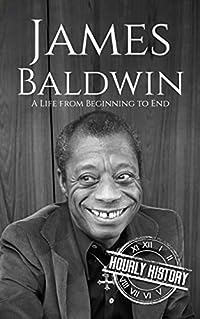 James Baldwin: A Life from Beginning to End (Biographies of American Authors)
by Hourly History

Discover the remarkable life of James Baldwin… Free BONUS Inside!

James Baldwin grew up in a poverty-stricken home, but through the skill of his prose and his keen observation, he was able to rise above it all. Baldwin was a once-in-a-lifetime kind of artist who had an uncanny understanding of people, situations, and the status quo. As a writer, Baldwin was highly critical of many aspects of society, and he used his pen to question why things were the way they were.

This book follows James Baldwin’s journey from Harlem to France, as he sorts out both his personal inclinations and the world as a whole. Discover the life, thoughts, feelings, and inspirations of James Baldwin in full.

• Baldwin and the Civil Rights Movement