I know exercise is supposed to make you feel better, but I feel so much worse. I have to drive my oldest baby basset to practice Monday through Thursday from 7am to 8:30am. This is not enough time to drop off and go home, so I have stayed the last two days and walked around the track. I have been able to walk three miles each time, and between miles I do a few other exercises that I learned from Chloe Ting’s workout. Nothing crazy mind you. I don’t push myself that hard, just a bit of walking and a few sit ups. I am only two days in and my body is a wreck. I am sore all over and I am exhausted. Maybe my body just isn’t made for this much movement. Is it possible that I am allergic to exercise?? OH MY GOSH! It all makes sense now. Maybe it would be best I just nap in the car from now on. You know… for my health. 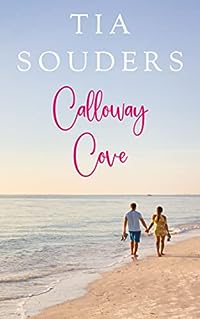 A dying wish brought her home. Can the promise of happily ever after keep her there?

When the grief-stricken Andi Calloway loses her mother, she leaves her with one final wish: Stay in her hometown Bayshore Beach and pursue her dream of becoming a published author.

So when Andi discovers a want-ad for an assistant to the famous novelist Ford Delaney, it’s the break she’s been waiting for.

However, he has deep wounds in his past; he’s as moody and sullen as he is handsome.

Ford senses Andi might be the one to redeem him. But falling for him just might ruin her dreams and break her mother’s final wish in the process.

From Ninie Hammon, the sorceress of psychological suspense, comes the first book of her long-anticipated and thrilling new Through The Canvas series: Black Water — a book that won’t stop squeezing your book-loving heart before the final page. 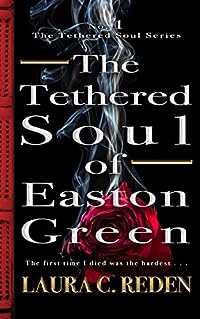 “The last time I felt this way about a couple was Edward and Bella in Twilight. Just like that book at the time, this feels unique and addicting.” -T. Jones

Mediocracy defines her past.

In between, there’s Easton Green.

The world turned its back on Everly Beck. At twenty-two, a matter of months is all she has left.

She wants nothing more than time, but what she really needs is a second chance.

Follow the tragic tale of a dying girl, and boy with an immortal soul. Together, they make a perfect, genre-bending paradox. 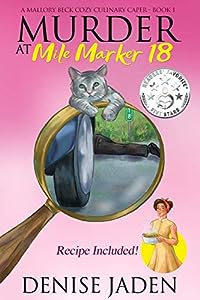 An unlucky amateur sleuth, an adorable cop, and a cat with a hunch…
If anyone had told Mallory Beck she would become Honeysuckle Grove’s next unschooled detective, she would have thought they were ten noodles short of a lasagna. Her late husband had been the mystery novelist with a penchant for the suspicious. She was born for the Crock-Pot, not the magnifying glass, and yet here she is elbow deep in fettuccine, cat treats, and teenagers with an attitude, the combination of which lands her smack-dab in the middle of a murder investigation.

Whatever the case, Mallory Beck got herself into this investigation, and she has a distraught teenage girl counting on her to deliver the truth. 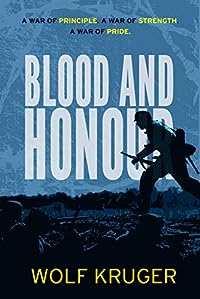 He took part in a massacre, can he ever forgive himself?

1944. The German armies are collapsing on all fronts. In a church in a remote French village, 250 women and children are ruthlessly slaughtered by desperate Germans acting under orders they dare not disobey. And for Sergeant Herzog, awarded the Iron Cross for his part in the massacre, it is the beginning of another war.

A war of principle as he faces court-martial for his refusal to wear the Cross. A war of strength and courage when, humiliated and stripped of rank, he is sent to the Eastern Front to fight in the bloodiest retreat in history. A war of pride when he finds himself confronting the arrogant Captain Ritter – an enemy as ruthless as the approaching Russians…

Blood and Honour is a gripping tale of a man’s fight for honour in the midst of the horrors of war. Perfect for fans of Ken Follett and Andy Mcnab.

Wolf Kruger is a pseudonym. After being expelled from school, he worked at many jobs all of which he was sacked from – before becoming a professional author in 1983. He has since written over 30 bestselling novels as well as writing for radio, magazines and television.