HAPPY FOURTH OF JULY!!!! Not a bad way to spend a Monday. We just got a full weekend and now we get to celebrate on a Monday. Tuesday might hurt a bit, but now is not the time to worry about that. Today we are going to a friend’s house for a BBQ and a short walk to the college to watch the fireworks. Living in a college town certainly has it’s perks. Sonoma State not only is a beautiful campus, but they also have a huge concert hall that opens out onto a large outdoor space where you can sit on lawn chairs and watch musical performances and such. It’s really nice. Tonight they are putting on a fireworks show, so we are going to walk over and enjoy the lights and music. All that is not until tonight, so in the meantime I am going to grab the baby bassets and go for a nice easy bike ride. Enjoy your day!! 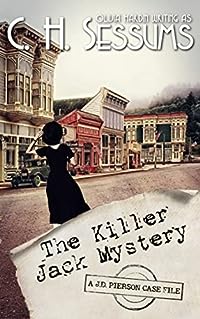 The lights are just about to go out for good in my father’s PI office when I get an unexpected call from the state penitentiary. My mother’s only brother was sent up for robbery years ago, and now he needs Dad’s help to get his daughter out of trouble. It’s impossible for me to be sure that the pendant around Cousin Betty’s neck is stolen, but one thing’s for sure — she doesn’t want to talk about where it came from. When my cousin gets gunned down walking home and the necklace disappears, I realize I’m not only looking for a thief… I’m dealing with a murderer.

Can I track down the identity of a man named Jack in time, or will he disappear into the shadows, only to kill again? 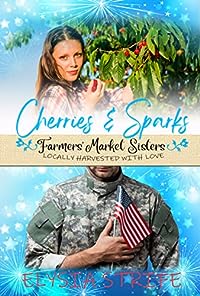 Sky has been waiting for Cam to come home from war. When he arrives but doesn’t call, she wants to know why.

Sky has always been faithful to her high school sweetheart. They’ve been together for years, since long before Cam decided to join the military. She stayed with him despite his lengthy deployment, worrying phone calls, and often weeks or months without a word. For Cam to not call her after getting off the plane makes Sky fear he has changed. His previous concerns about her not liking who he has become have her on edge.

Cam left everything behind, including his goal of being a professional pianist, to escape his micromanaging, high-expectation parents, and a sister living the perfect American dream life. Still, despite the miles between them, his heart remained at home with Sky. Now that he’s back, he isn’t the same mentally… or physically. After being medically retired from service, Cam’s sense of purpose is lost.

With the summer packed with Cam’s favorite hometown Fourth of July events, Sky hopes to show him that he can still find happiness there with her. From the family picnic and the town parade to the local rodeo and fireworks display, there are plenty of opportunities for Cam to enjoy being home. It just doesn’t seem to be enough.

Can Sky show Cam the healing power of love? Or will Cam push her and everyone else away for good? 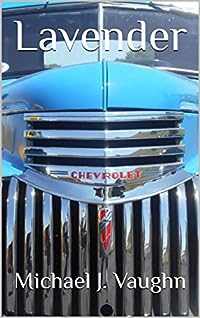 After escaping an abusive marriage to an Idaho white-power militiaman, Susan Blaine takes a job selling vintage autos in Santa Cruz, California. There she runs into Benjamin Hancock, the man who, three years previous, shared a wild weekend with her in Salt Lake City. The two seem a natural pair, but their respective traumas keep getting in the way. Benjamin is obviously musical but weirdly reluctant to admit it, while Susan’s PTSD drives her to disappear for a month after a seemingly mild argument. Once these things finally settle down, Benjamin finds out that Susan’s ex-husband is actually her late husband, victim of a mysterious explosion on an Idaho highway. 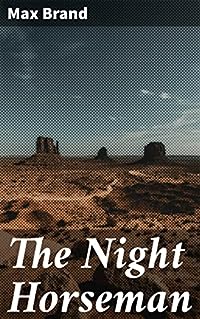 The Night Horseman
by Max Brand

Max Brand’s action-filled stories of adventure and heroism in the American West continue to entertain readers throughout the world. Brand penned over 200 full-length Westerns in his career, including Destry Rides Again and Montana Rides. 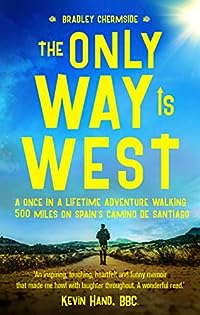 The Only Way Is West: A Once In a Lifetime Adventure Walking 500 Miles On Spain’s Camino de Santiago
by Bradley Chermside

What would you do if you were given 20 in Greece with an email address scribbled on it:

2. Slip the suspect counterfeit bill into an enemy’s birthday card?

3. Send an email, hoping it will lead to you finding everlasting love?

Two years later, his love life remains a disaster and his career is misfiring. As he’s about to walk Spain’s fabled Camino de Santiago to ponder some profound life changes, Brad receives a reply.

Incredibly, it’s from a woman who lives on the pilgrimage path, far away from where the money first crossed his palm. She invites him to sleep… ‘on her house.’

Hiking 900km on the Road to Santiago to a blind date with the mystery ?20 woman, Brad has the adventure of a lifetime.

His heart is warmed by fellow pilgrims and natives who give him more reason than ever to believe in the kindness of the human spirit; he befriends a hilarious Hungarian who speaks English in song titles and has his raison d’être revealed to him by a barefoot Mayan mystic.

Will he meet his happily-ever-after along the way too?