I’m NOT A Quitter

I keep finding nutcrackers at my favorite thrift stores and it’s becoming a problem. I have reached the point where I am hiding them in the attic. Hubby knows I have them, and sees me bring them in the house, but I won’t let him see them all at once. I have been finding a lot of great Christmas decorations actually, and I can’t not buy them. Right now I could decorate my home for Christmas in July, and not even use any of my original Christmas decorations. I might have to stop thrifting for a while. Erg… well… not until I check out the three estate sales that are happening this Saturday. After that NO MORE! Wow. Did you see how easy it was for me to lie like that. Yaa… I’m not quitting. 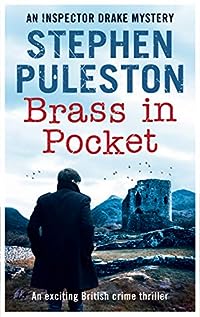 A psychotic with an ear for melodies. A detective trapped inside his own mind. Can he catch the killer before the final beat?

Welsh Inspector Ian Drake barely manages to keep his OCD under control. So after two fellow police officers are brutally murdered on an isolated mountain road, the pressure to solve the case threatens to make him crack. But Drake feels his carefully constructed world falling apart when the killer taunts him with cryptic song lyrics and promises of more death.

As tensions build to a crescendo both at home and at work, the weary detective’s fears are realised when a local politician appears slain by the same sinister hand. And as Drake keeps receiving the culprit’s cruel gibes, his head pounds at the thought of more victims.

Can he catch the sociopathic felon before he loses his sanity… or his life?

Brass in Pocket is the first book in the dynamic Inspector Drake crime series. If you like police procedurals, clever mysteries, and gripping page-turners, then you’ll love Stephen Puleston’s unnerving whodunit.
Buy Brass in Pocket to face the music today! 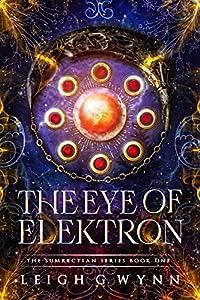 The Eye of Elektron (The Sumrectian Series Book 1)
by Leigh G. Wynn

Dawn Rene has no special powers. Average, plain and weak, she survives under a brutal regime by pretending to be invisible. And to the superhuman Sumrects she serves, her existence is irrelevant… Until now.

When she tries to save her brother’s life in a twisted painting competition, she accidentally awakens the Eye of Elektron — a banned magical device capable of freeing humans from Sumrectian tyranny…

In front of Ansel Cassadian, the most powerful Sumrect in a thousand years.

Now he needs her. He knows everything about her. And he will go to any length to capture her…

But not for the reasons Dawn believes.

Little does she realize this is not their first encounter. Her fate has long been intertwined with his ever since a tragic betrayal eleven years ago.

As evil threatens to destroy all she holds dear, Dawn must unravel the secrets of her past to free humans from oppression before time runs out.
If you enjoy futuristic fantasy and slow-burn romance, then you’ll love The Eye of Elektron, book one of a brand new series. 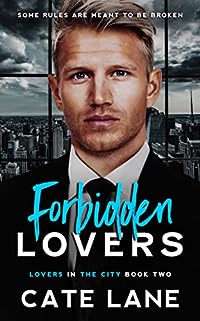 Some rules are meant to be broken.

Bec
For two years Blake Carlson has been my boss, my friend, and my forbidden obsession.
But now, I’m not waiting any longer for him to notice me. It’s time I made myself impossible to miss.
The plan seems to be working until he calls a halt to us, because of a company rule about office romances.
A rule that he can ignore as the owner of the company.
Rules are meant to be broken and I’m up for the challenge.
Blake
I’m not a rule breaker, I’m a rule follower.
I have been ever since my days in the Army, where breaking rules can get you or your buddies killed.
Until her.
Bec Kelly is my executive assistant, the one woman that makes me want to forget all the rules.
But I can’t.
Now if only my mouth and hands would get the message.

Forbidden Lovers is book two in the Lovers in the City series. A full length sexy standalone office romance with a billionaire ex-military boss and a sassy strong heroine.
Guaranteed HEA and NO cheating. Adults only. Readers 18+ 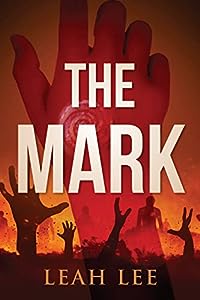 The Mark: The End of the World
by Leah Lee

When a charismatic, powerful dictator of a new political order arises and provides citizens around the globe with peace, prosperity, and security the people choose to receive a mark of loyalty on their hands. His supporters proclaim him as the savior of the world, but some believe he’s the Antichrist and the mark is the mark of the beast used to control all of humanity.
Those disloyal to the new leader are hunted down and persecuted. Yet, when a band of unmarked followers of Jesus Christ begins a quest across the world to address him, their confrontation results in an intense epic battle of endtimes proportions.
The Mark is a high adventure while challenging the deep choices all humans must make. The Mark continues in the grand tradition of Apocalyptic Fantasy. 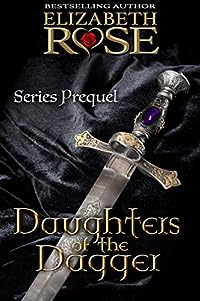 (Daughters of the Dagger Series Prequel)

Will an old superstition bring joy or despair?

Lady Mirabelle de Burgh is desperate to give her husband an heir. She’s heard of the superstition that to buy a jeweled dagger from a blind old hag, would ensure her of conceiving a child. One child for each dagger bought.

The old hag she finds on Grope Lane has many jeweled daggers, but Mirabelle hasn’t enough money for them all. Her greed gets her into a situation and what starts as a noble cause ends up in a way that no one could have suspected. 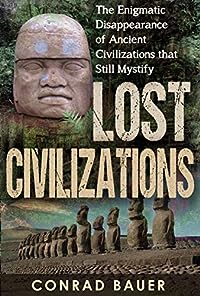 So many ancient civilizations mysteriously vanished leaving behind only ruins. Uncover why these lost civilizations disappeared and still mystifies us!

The world is a mysterious place, and there are whole epochs of history that our modern sensibilities have yet to come to grips with. The ancient philosopher Plato once spoke of an ideal society that met with cataclysmic destruction, on an island called Atlantis. Although long considered fantasy or metaphor, there is reason to believe that Atlantis did indeed exist.

There is also reason to believe that there is more to the disappearance of a mysterious group of Native Americans called the Anasazi than meets the eye. These dwellers of the Four Corners region of the American southwest built impressive works of architecture carved right out of rock walls, and even built roads between their massive dwellings. Yet one day they seemingly picked up and left for good.

This book explores what might be behind the mysteries of these lost civilizations. Here you will find a full history of these ancient peoples, places, and cultures, and a complete telling of the enigmas that they left behind. Because with an open mind and a clear focus, there just might be something truly incredible for us to discover.