The Light Chaser Series by J. B. Cantwell

The powerful sorcerer, Torin, sits on a throne of his own making, ruling the land in a grip of terror. But it’s his turn to know fear when he discovers an ancient prophecy about his own destruction. 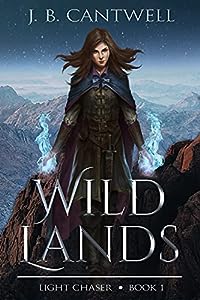 A young sorceress. An ancient madman. A secret prophecy…

The powerful sorcerer, Torin, sits on a throne of his own making, ruling the land in a grip of terror.

But it’s his turn to know fear when he discovers an ancient prophecy about his own destruction.

Bree, a fledgling sorceress, doesn’t know she is the tip of the spear named in the prophecy, or that Torin’s killers are already closing in on her.

She’s warned by the guardians of the land’s magic that it’s her destiny to defeat Torin, but she refuses to listen; she knows she could never survive his wrath.

But there are forces in motion that are outside of her control, and soon Bree will face an immortal assassin and Torin’s hellish demons.

Now, with no escape, she must fight or die, and she will have no choice but to face the trials ahead. 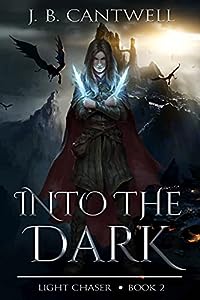 Into the Dark (Light Chaser Book 2)
by J. B. Cantwell

A dark journey. A powerful young woman. A teacher filled with grief and madness.

Bree is has made it through the Wild Lands, and she’s got the scars to prove it.

The great Light Keepers of the land have told her she is fated to battle the evil sorcerer, Torin, but to make it to the soldiers who are sworn to help her, she must first cross through the cursed Shadow Mountains.

She begins her journey alone, but she soon finds that she will be unable to make it through the range on her own.

Lost in the darkness, she begins to despair.

But soon, Torin’s own son, Bevyn, discovers her and takes her in. A well-armed man with little magic himself, he will teach her everything he knows about his horrifying father.

But Torin has more than one son, and he will have his say before her trek is through.

Her questions abound, but only one thing is certain: she will be lucky to make it out of the perilous mountains alive. 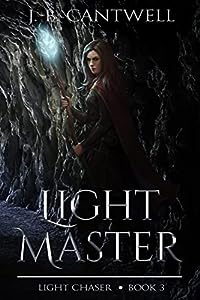 A young boy. His dark magic. A perilous journey across the sea.

The giants of the Shadow Mountains have been freed from Torin’s curse over their home in the deepest, darkest places of the land, and Bree has emerged victorious from a dangerous struggle with Torin’s wicked son.

But her journey is far from over. With every moment that passes, Torin’s noose around her neck is tightening, and his schemes to thwart her are already throwing her efforts into chaos.

She must convince the narcissistic leader of the Veiled Kingdom to send an army of soldiers with her to face the worst of Torin’s minions. But help is hard to come by, and she finds herself with only a handful of men, including the small child, Cuinn, who is full of untested and dangerous magic. Tasked with protecting the boy, she is desperate to keep him safe at all costs.

But more is on the line than just the life of one young boy. If Bree is unable to find the help she needs, Torin’s victory will be the end of the campaign for good, and his terrible plans will blanket the world in torment and despair.

It will be the end of Bree and all she holds dear. She will have no choice but to fight to survive. For everyone. 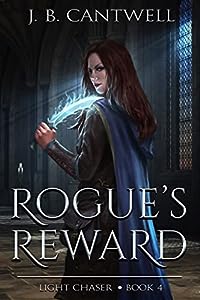 A dark princess. A wicked forest. A sorceress on the run.

Bree is a survivor.

She has emerged from the great conflict at Tahra Mountain, but she’s one of only a handful who have.

Long odds or not, she travels back to the Veiled Kingdom, determined to continue the fight against the dark sorcerer, Torin.

But when she arrives, nothing is as she left it.

Instead of a cruel despot, the kingdom is ruled by an equally heartless gang of women. Women who will try to rob Bree of her powers.

Realizing the danger she’s in, she desperately bids for escape – but where to? Should she make a run for it and find a peaceful home far from the shadow of Torin? Or should she stay the course and risk everything to bring him down?

Only she can decide, but her decision will determine the fate of a kingdom.