It’s In The Eyes

There is nothing like making two preying mantis mad. The looks they give you! WOW!!! You can see the anger in their eyes. They might also just have Resting Mantis Face.  I try really hard not to disturb them, but today they just so happen to be on the very plants that I needed to plant in the garden. Nice to know they like the plants I bought. Sorry to disturb you. 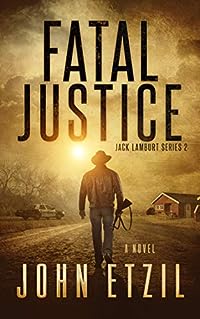 Jack Lamburt has a bright future as the sheriff of a quiet town. He knows the locals by name, he’s dating the bar mistress, and nobody suspects his dark secrets. When big city mafia stirs up trouble in his small town, Lamburt retaliates with swift, violent action. Now the crime syndicate is in search for answers… and blood.

With the lives of the people he swore to protect in grave danger, Lamburt will need every weapon in his arsenal to outmaneuver the mob. Even if it means he’ll risk exposing his past…
Fatal Justice is the second book in the best selling Jack Lamburt Vigilante Justice Thriller series. If you like gritty realism, high-tech surveillance, and no-holds-barred justice, then you’ll love John Etzil’s gripping thriller. 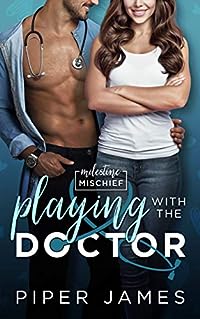 Playing With The Doctor: A Romantic Comedy: Milestone Mischief #1
by Piper James

It’s nothing but a casual hookup. Temporary, with no strings attached. It’ll be over in a few weeks, and we’ll go our separate ways. What could go wrong?

Jessa
Have you ever wished you could turn back time and do things differently? Like that one time you decided to use your ratty bra as a weapon and almost took out the eye of your dad’s hot doctor? Yeah? Me, too.

But my nylon ninja skills must’ve impressed him, because he kept coming around, heating my blood with those tight jeans and sexy smiles.

As hard as I tried, I couldn’t resist him. So I decided to make a deal. A few weeks of fun, then we’d go our separate ways.

Rafe
My life was perfect — just the way I wanted it. Or at least it was until the day I met Jessa Maddox.
Beautiful and feisty, I couldn’t get her out of my head, and I kept making excuses just to be near her.

When neither of us could deny our attraction for another moment, we made a bargain.

No strings. No commitments. Just a cool and casual fling that would run its course before Jessa headed back home and out of my life, for good.

It was the perfect situation… until it wasn’t.

And I needed to figure out what I really wanted, because Jessa Maddox was no “here today, gone tomorrow” hookup.

She was just what the doctor ordered.

Playing with the Doctor is book one in the Milestone Mischief Series. It is a hot standalone novel with no cliffhanger. 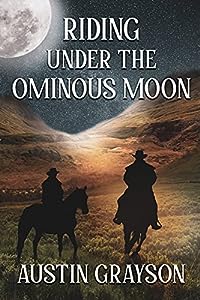 Riding Under the Ominous Moon: A Historical Western Adventure Book
by Austin Grayson

When Angie’s father vanishes without a trace, there is no one to turn to for help. She knows she’ll have to go on a rescue mission to find him, yet, she needs assistance. She contacts a mysterious bounty hunter named Sly, who offers to look for him while on the hunt for the most wanted murderer in the state. Despite Sly’s honest efforts, however, Angie is still skeptical about his intentions…
With both her father’s and her own life in danger, can she really trust Sly?

Sly is still having nightmares after witnessing his two friends being murdered by a ruthless outlaw. He’s devoted his life to capturing him, but when Angie turns up at his door, pleading for his help, he’s reluctant and worried about the consequences. His passion for justice wins out though, and he knows it is time to swallow his fear and challenge his demons.

Sly finds himself knee-deep in a perilous journey that is marred by a horrific tragedy…
There’s no escape for them and their dwindling allies as more powerful forces surround them. Sly and Angie will have to call upon all their faith to survive a journey that will put their skills to the test. In the meantime, they’ll discover more about themselves than they’d ever imagined possible… But will it cost them everything they love, everything they are, everything they have?

“Riding Under the Ominous Moon” is a historical adventure novel of approximately 80,000 words. No cliffhangers, only pure unadulterated action. 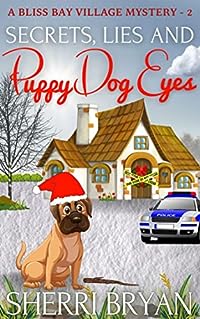 39-year old empty-nester, and reluctant amateur sleuth, Megan Fallon, is back in the second book in The Bliss Bay Village Mystery Series. Picking up where book one ended, Megan is putting her past troubles well and truly behind her, and focusing on settling back into village life, and her new job. Meanwhile, her childhood friend, American, Jack Windsor, is renovating the old village school, and is looking for a four-legged friend to share his new home with. All is well in Bliss Bay until obituaries start appearing on the church noticeboard for villagers who are still very much alive, and the village is thrown into turmoil. Is the well-respected family who is being targeted the subject of a very bad joke, or are the obituaries a sign of something far more sinister? And who is responsible when an unassuming member of the village is murdered? Could a 40 year-old suspicious death hold the key to solving the murder, or is that simply a red herring to put detectives off the scent of the real killer? Is the murderer a retired bank manager? Or could it be his wife, who was the subject of controversial gossip years before? Is the village busybody responsible? Her hatred for two high-profile suspects is well-known among the villagers, and her motives are personal. Or is the killer someone else entirely? As a reluctant Megan is drawn into the mystery by her crime-busting, TV detective show-loving, Uncle Des, secrets and lies come to light, but will they help find the person, or persons, responsible for the deaths? This book is a clean read and contains no graphic violence, sex or profanity. 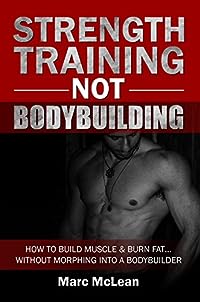 New and freshly updated with pictures of all the top weight training exercises… and links to bonus videos.

Have you failed to get in great shape after weeks and months of going to the gym?

Do you lack confidence with weight training, feel too weak, or feel self-conscious about your current bodyshape?

Are you put off lifting weights because you don’t want to end up with the bulky, overgrown bodybuilder look?

No need to worry. This book is all about strength training NOT bodybuilding – and yes there is a difference.

It doesn’t matter if you’re just starting strength training, or have been hitting the gym for a while and are frustrated at not seeing any results. This is the essential guide on how to build muscle burn fat, and develop a lean, athletic, awesome body… instead of becoming a super-inflated bodybuilder.

I’m Marc McLean, author of the Strength Training 101 book series, and I help people like you become leaner, stronger, more confident versions of themselves.

It all begins with lifting weights, pushing yourself hard, and developing a rock solid body and mind.

I have more than two decades’ worth of experience in weight training and, as an online personal trainer, I’ve helped numerous men and women push their limits and achieve what they never thought was possible.

This book includes the strategies that I’ve seen transform people from being self-conscious, unfit, self-critical, unhealthy and weak… to strong, lean, confident, and achieving their goals in and out of the gym.

Strength training done properly goes way beyond building muscle and becoming fit. It boosts your self-esteem, strengthens the mind, gives you focus and drive, and has a positive knock-on effect on other areas of your life, from your career to your relationships.

Remember it doesn’t matter if you’re just starting strength training, or are a bit more experienced. If you’re unhappy with your results in the gym then Strength Training NOT Bodybuilding: How To Build Muscle And Burn Fat… Without Morphing Into A Bodybuilder can be a game changer for you.