The Haunted States Series by Jordan Bach is a phenomenal horror series in the supernatural suspense tradition of Stephen King, Dean Koontz, and the late, great James Herbert. Grab your copy today! 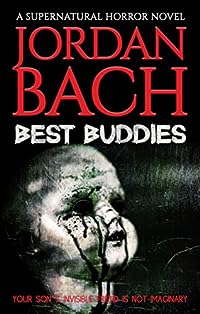 Your son’s invisible friend is not imaginary.

Kate’s little boy has a new buddy, one even he can’t see. Can’t hear. Can’t feel. Yet, it’s feeding him information about the world. And about the future.

He is using this thing, this undetectable entity, to advance at school. And to help Kate gamble.

But, for every morsel of knowledge, his friend demands a favor in return. And those favors are growing increasingly cruel and depraved.

It is only a matter of time until people must die.

How can Kate defeat an entity that knows her plans before she thinks of them?

How does she rid her son of a buddy who helps him more than she can?

And what if her son doesn’t want to say goodbye?

For a paranormal mystery with a psychic entity that may tear apart a single mother and her young son, grab your copy of Best Buddies today. 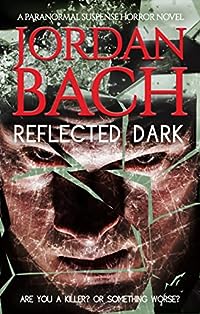 Are you a killer? Or are you something worse?
Drawn from the scene of a gruesome murder, Robert Duncan’s fingerprints and DNA prove he is a vengeful, brutal killer, destroying the men who beat his lover to death.

But he was in the presence of police officers at the time – a victim, a witness – so he absolutely could not have done it.

Except, maybe he did. Maybe he really was in two places at once.

As more bodies pile up and Robert’s desperation intensifies, he questions if a supernatural gift to invoke remorseless violence can possibly be real… and whether he can hope to control it… to manipulate its power.

More importantly, should he? 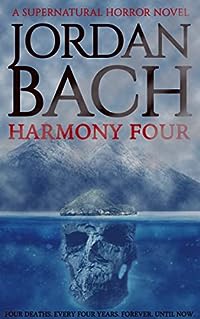 Every four years, in the small town of Harmony, four people must die.

It has been that way for decades.

When the killing cycle plays out, the town prospers.

If anyone interferes… disaster.

So, when a former big-city detective – now Harmony’s recently elected sheriff – refuses to believe such an entity watches over his new home, he has no choice but to fight back.

Until he has no choice but to believe.

And then he will fight even harder.

From the author of Best Buddies and Reflected Dark comes Harmony Four, a horrifying supernatural thriller exploring the depths to which some will sink to protect what’s theirs, and the heights they must scale to conquer evil.