If you are a good girl dreaming of a knight in shining armor, then step away from this sizzling collection by Faye Pierce! These wildly sexy alpha males, are dangerous, dark, and demanding. Enjoy. 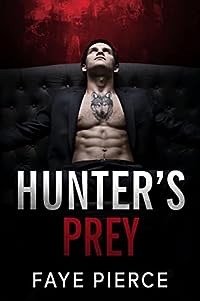 Nikolai Volkovich is more than the ruthless ruler of the Russian Mafia. He is a violent psychopath who killed his fiancée. Now, I’m his new prey…

My father got on his wrong side, and I’m the one to pay the price… by being abducted.

There’s no way to escape, yet, I need to defy him. I can never let him tame me.

Maybe I should find a way to murder him.

What I don’t expect, though, is that the more I try to fight him, the harder it gets to resist him. He might be the devil himself, but the things he does to my body feel like heaven.

I need to come to my senses. I could never fall for a beast like him…

He’s the devil himself, and his touch is an invitation to hell… 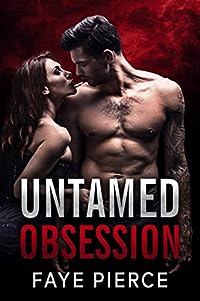 I should’ve never come after him. He is a monster…

One car accident is all it took for Angelo Preston to come and rock my world.

I was determined to find the man who almost put an end to my life and make him pay.

I don’t even want to think what would happen to my dying mother if she had lost me and the little I make as a nurse.

Yet, I never realized I got trapped in the devil’s claws. Until it was too late…

A dangerous Mafia Boss that kills without even blinking is far from my cup of tea.

But the moment I knocked on his door and laid eyes on him, I was a lost cause. I got too carried away by his sweet torture and damned the consequences.

For he made me feel things that I thought I was never capable of.

Now, I’m doomed to love a ruthless murderer that will only destroy me…

I am his forever to break… 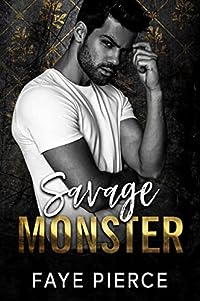 He was supposed to be my teen fantasy, not my endless nightmare…

Nathaniel Angelo constantly humiliated me. After all, I was only his best friend’s sister with a huge crush on him.

How could I not?

He was the filthy rich, bad boy that every girl went crazy about. And with his devastatingly good looks, Nathaniel was the perfect future mafia boss.

Though, I never expected him to be truly dangerous.

But the truth came to light; he killed my twin brother, and any silly fantasy about him is long gone now.

Or so I want to believe.

Because the moment my powerful lawyer skills put Nathaniel in jail, I feel no remorse.

Until I suddenly find him free. He has broken into my house, waiting to humiliate me some more before he ends my life slowly.

I think it’s pointless to fight him… He was always the death of me. 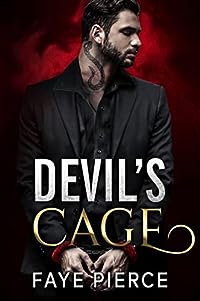 I hate him with all my heart, but I’m forever marked by his torturing touch…

Driving me insane seems like a new hobby for Tyler Michaelson.

I happened to be in the wrong place at the wrong time. But I couldn’t let him murder an innocent man in front of me. Especially since I was the one he really wanted to kill, to begin with.

I was hired to gather all the data about Tyler’s monstrous crimes, and agreeing was the worst decision of my life. It was foolish to go after a crime lord who looks like an angel but has the soul of the Devil.

Yet, I won’t let him break me. It doesn’t matter if his sweet torturing, kisses, and teases leave me breathless. I will escape him, even if this is the last thing I do…

His kisses are my poison. His touch? my death wish… 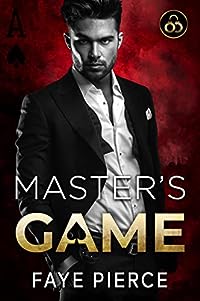 I’m not her stalker, I’m her predator…

Laura Connor is my obsession. I have been watching her from afar for a long time like a hunter does his prey.

She is the most sensual dancer at Leonessa’s strip club, and she knows exactly how to get what she has in mind.

But I’m the Boss of the Italian Mafia and won’t fall for her act.

I will seduce her and play with every inch of her soft and curved body. Slowly and painfully, I will make her mine until I get what I want.

And what I want is revenge.

For she’s the reason my wife is forever gone. And she will be punished for it.

She’s my obsession, and I won’t rest until I break her into a thousand pieces…