On This Very Day

OUCH! Ouch ouch ouch! Some Mondays hit harder than others. Today is one of those Mondays. I’m just going to sit here real still and try not to move too much and see if Monday doesn’t notice me. 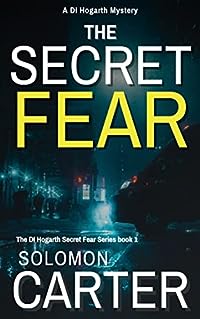 A much-loved local businessman is brutally killed in a late-night takeaway. DI Hogarth recognises the mark of a notorious crime family left on the dead man’s body.

Turkish takeaway owner, Baba Sen was slain while he worked. The motive for Sen’s murder seems to be a feud between rival Turkish families. But Hogarth senses a far greater threat… and when the Atacan name appears, his worst fears are realised. The Atacan family should have been dead and buried a long time ago. Not anymore…
And now they are back, DI Hogarth has no idea how bad things are going to get…
“Faced paced and exciting… expect a couple of late nights because you won’t be able to put it down!”
“Unmissable. A detective series that will blow your mind”

A truly gripping crime thriller.
Join DI Hogarth in an epic mystery. Grab your copy of this amazing story now! 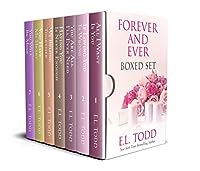 Fall into E. L. Todd’s most popular series, with millions of copies sold worldwide, now in a larger boxed set! Follow the stories of a group of friends as they experience true love, real heartbreak, and genuine friendship, in this unforgettable series.

• If Loving You Is Wrong

• You Are All I’ll Ever Need

• Having You Is Never Enough

• You Have My Heart

• You Will Be Mine 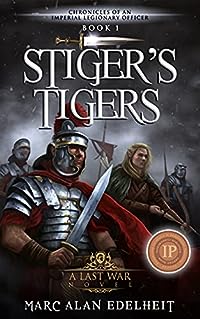 A tarnished legacy. A dangerous mission. The beginning of an epic destiny…

Nobleman and born soldier Ben Stiger never backs down from a fight. Even as the son of an infamous imperial general, an outcast from society, he refuses to crumble under the unforgiving shadow of his once-powerful family’s disgrace. When he’s reassigned from his crack company to the struggling southern army, he’s eager to help turn the tide against a growing, deadly rebellion.

Supported by his faithful lieutenant, Eli, one of the last remaining elven rangers, and a holy Paladin on a quest for the High Father, Stiger fights to gain control of his new company, resentful and mediocre soldiers… who he must train and then lead on a desperate mission to reach an outpost cut off by the enemy. But as he force-marches his men through hostile territory, the veteran commander faces more than he ever expected, rebels, bandits, a magic relic from an age long gone, and an ancient evil freshly risen that has to potential to destroy the empire he loves and serves.

Can one outcast hero make a difference and save his empire from annihilation?

Stiger’s Tigers is the engrossing first book in the Chronicles of an Imperial Officer epic fantasy series. If you like brave champions, sword and sorcery, breathtaking twists and turns, and authentic battle scenes, then you’ll love Marc Alan Edelheit’s Roman-inspired adventure series. 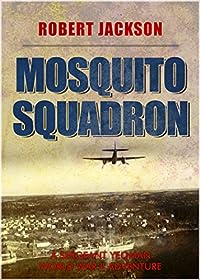 By night and day, RAF and USAAF bombers drive deep into enemy territory, striking at the heart of Germany’s war effort.

Squadron Leader George Yeoman, veteran of the skies, has orders to protect the bombers on their long-range missions.

He and his men will support in the elusive de Havilland Mosquito, a versatile plane made from wood but capable of stinging the Luftwaffe and sucking the fight from its airmen.

Across the channel, Major Joachim Richter, Yeoman’s counterpart and adversary, bravely leads his squadron out each night to intercept the Allied bombers before they destroy German cities.

The fight will be long and gruelling, but engineers behind the scenes on both sides are racing to build a plane that may soon decide the battle, the fighter jet.

Will Yeoman survive the fight or will this be his last? 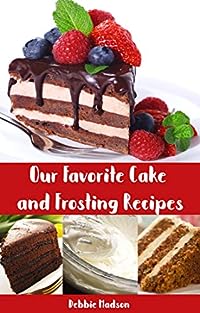 Over 80 of Our Favorite Cake and Frosting Recipes One of the most important steps to cake decorating is your recipes. These recipes have been tried and tested by cake decorators and cake lovers.

Included in the book:

Hope you enjoy all the possibilities in cake enjoyment this book can bring you.