Starting with book 1 of the Sovereign Stars series by Blair C Howard, Avenger, is the first novel in a gripping, action-filled military space opera in which Avenger, under the command of Knight Captain Richard Morian, is sent to one of the outer star systems on a rescue mission. What he discovers there suggests the entire Orso Carrier Group is destined for annihilation. Grab your copy today!

Five years after physicist Mark Holder discovered the Slipstream Drive in 2058, humanity reached for the stars and began to colonize the galaxy. For centuries, humans continued to populate system after system without encountering intelligent alien life.

Some twelve hundred years later, after many generations of relative peace, in the year 3278, human space is invaded by a powerful and mysterious enemy. To these invaders the very concept of free will is heresy. Their crusade — to eradicate humanity.

The war begins, and the fight for the survival of the human race is on. 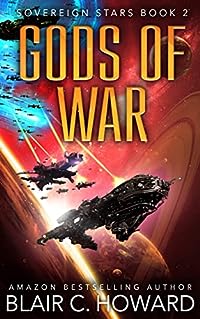 Fourteen months after first contact, as the Sovereign Star Systems prepare for another alien attack, Captain Richard Morian and the Avenger are ordered to Beta Arietis in the constellation of Aries where they hope to find new resources and perhaps even new allies to help with the war effort. What they find there is… 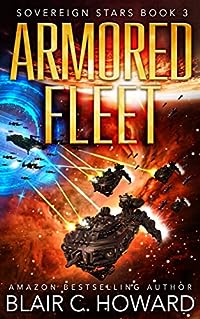 The USF has assembled the largest battle fleet in its history. Avenger leads a small reconnaissance fleet to prepare for the inevitable massive battle to come. When they discover a large alien presence on a heavily populated world, they must fight the battle in space and on the planet’s surface at the same time.