Strange thought, but I wonder if the critters in my garden know me. The monarch and Swallowtail caterpillars I have in the little habitats see my face at least 15 times every day. Right up close. I am all up in their business. They can probably tell you what I had for breakfast lunch and dinner on any given day. So I wonder if when they become butterflies and I release them, do they recognize me. I am not hoping that they like me or anything. I have not reached that level of weird, but I wonder if every time I go into the garden they remember me. 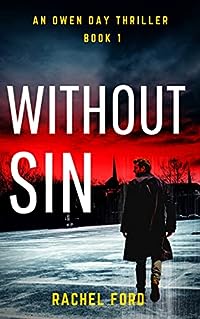 Without Sin (An Owen Day Thriller)
by Rachel Ford

A city in fear. A serial killer who crossed the line.

The Nursery Rhyme Killer took his brother. Now Owen Day will stop at absolutely nothing to find him.

When NRK targets his brother, ex-military intelligence analyst Owen Day taps into the skills he developed in the Army to bring the killer to justice – before he strikes again.

‘He that is without sin, let him first cast a stone… ‘

Owen’s own hands are far from clean. But to wrest the city from the death grip of a madman, Owen will need to confront the demons of his past.

Sometimes, a man with blood on his hands is the only one who can stop a killer. 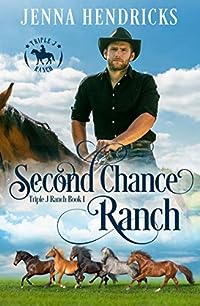 She was destroyed when he left. He regrets the pain he caused. Can God help them mend their broken hearts?

Montana veterinarian Elizabeth Manning is living the life of her dreams. Dating the hottest guy in town, healing animals, and helping the homeless makes her feel she’s doing God’s work. So when the boy who broke her heart returns after ten years, she refuses to dig up her buried feelings.

Logan Hayes kicks himself for leaving Elizabeth so abruptly. Forced home to run his sick father’s store, his passion for his old flame has never been stronger. And he’s desperate to show her how he has grown to win her back.

Arguing with her boyfriend over her charitable activities, Elizabeth wonders if he’s really the man God intended for her. If Logan wants to rekindle her devotion, he’ll have to confess the painful truth behind his abandonment.

Will Elizabeth and Logan find their way to forgiveness and into each other’s arms? 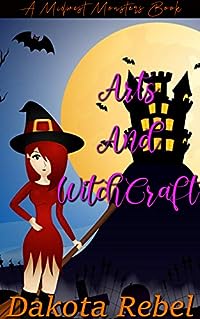 Fun fact, they’re still running witches out Salem, even in the twenty-first century. So, after being chased from their home by people with actual pitchforks, the LaFey triplets have settled down in a small town in northern Michigan.

Unfortunately, the saying is true. There’s no rest for the wicked… witches.

Mindi – All I wanted was a normal life. And I thought we’d finally found that here. I got a job at the local elementary school and was just about settled when a new principal came in, looking to shake things up.

I’m shook alright. There’s something going on with this guy that I just can’t put my talon on. His wolfish grin, devilish good looks and snake like charm are all adding up to no good.

Booker – They say trouble always comes in threes, and from where I’m sitting, the LaFey Triplets are nothing but, with a capital T. Especially the school’s kindergarten teacher, Mindi.

I’d thought I was escaping my curse by running away to this scenic town in the middle of nowhere. But now I can’t shake the feeling that something wicked this way comes. 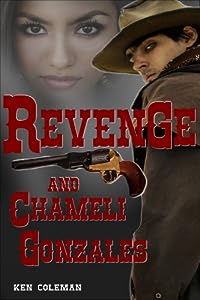 When a gang of savage outlaws led by one of the worst killers in the west, Jim Singer, brutally, torture and kill the parents of an even worse killer than they are, then rape and defile his 12 year old sister, leaving her to die a slow painful death, there is nowhere for them to hide as Andrew Hanson, doggedly hunts them down one by one. His determination to inflict the cruellest torture on each and every one of them for the way they butchered his family, before killing them in the most painful way possible, leads him on a journey that spans thousands of miles and many years as he follows them from state to state and through some of the most lawless towns in the west.
Along the way, he, reluctantly, acquires a travelling companion, who, although beautiful, is, to Hanson’s mind, completely unhinged and a crazy woman. Her name is Chameli Gonzales. She has her own reasons for seeking revenge on Singer, but she is the most unpredictable, fiery, aggravating and troublesome woman he has ever met. However, as the years pass, he realises that he needs her more than he cares to admit. Even the times when they are apart for years, she is always on his mind as he travels the great plains of the west.
This is the story of a man’s epic journey to seek brutal revenge on the killers of his mother, father and sister and the many people who cross his path along the way, some of them die as enemies and some of them, he comes to love as family. But always, at the back of his mind, is the woman watching over him like a spectre, Chameli Gonzales.
Look out for the sequel. “Cheyenne Dawn” (Rachael’s Story.) 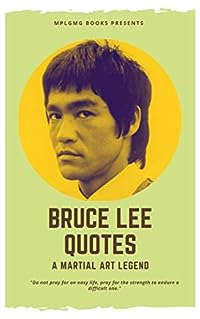 Bruce Lee was one of the most famous and talented martial artists in the late 70s and 80s decade. Apart from being a traditional martial artist, he is also a renowned movie star and a philosopher who made him a cultural icon.

He has acted very few martial arts related action movies in the late 70s decade, but the fame he got through those moves is unbelievable. Unfortunately, he died in 1973 while he is acting in the film called Enter the Dragon. Bruce Lee was named as 100 most influential people of the 20th century on Time Magazines.

The following are several inspiring quotes from Bruce Lee.

“A goal is not always meant to be reached. It often serves simply as something to aim at. ”

“If you spend too much time thinking about a thing, you’ll never get it done.”

“If you think a thing is impossible, you’ll make it impossible. Pessimism blunts the tools you need to succeed.”

Likewise, you can find out more than 500 best life learning wisdom quotes from Bruce Lee by downloading this book.