How do I justify trying to clear out my clutter and also going to thrift stores at the same time? Asking for a friend 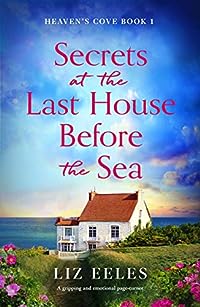 Secrets at the Last House Before the Sea: A gripping and emotional page-turner (Heaven’s Cove Book 1)
by Liz Eeles

From the attic of Driftwood House there are stunning views of the deep green sea and sapphire sky. But Rosie can’t tear her eyes away from the faded photograph in her hands, and the words written on the back that will change everything…

Back in the tiny seaside village of Heaven’s Cove after the death of her mother, all Rosie Merchant wants is to hide her tears, rent out her childhood home, and get back to her ‘real’ life, away from the gossiping villagers and wild Devon weather she escaped from years ago.

She’s surprised to find a smiling man in hiking boots – local farmer Liam – waiting on the stone doorstep. His kind offer to help clear crumbling, isolated Driftwood House is hard to refuse, and despite Rosie’s determination not to let anyone get close, soon they’re walking and laughing together along the clifftops. As clouds scud across the endless sky and green waves crash against the shore, Rosie is reminded that nowhere is more beautiful than home.

Then, up in the attic of Driftwood House, Rosie stumbles across a photo which exposes the heart-stopping truth about how her mother came to live at Driftwood House years ago… and Liam only seems concerned about the implications for his own nearby farm. Did he know this painful secret all along, and should she run from Heaven’s Cove for good? Or will facing up to her devastating family history mean Rosie can finally put down roots in this beautiful place?

This book can be enjoyed as a standalone.

Get whisked away to the rugged, sweeping Devon coastline in this gripping story about old secrets, learning how to trust, and finding where home is. Fans of Debbie Macomber, Barbara O’Neal and Mary Alice Monroe will adore this gorgeous and uplifting read. 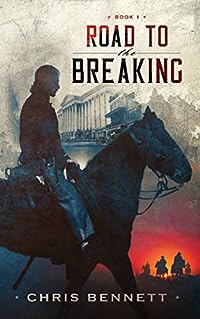 Road to the Breaking
by Chris Bennett

Nothing survived “The Breaking” unchanged; lives and fortunes, love and hate, freedom and slavery…

It’s early 1860, and war hero Captain Nathaniel Chambers, commander U.S. Army Fort Davis in the west Texas wilderness, has received shocking news – his father is dead. He must return home to Virginia and claim his inheritance before a maniacal neighbor can murder his widowed mother and seize the family plantation.

But he’s torn by a terrible dilemma – to stay in the army and turn his back on his fortune, his mother and his beloved childhood home, or become the thing he despises; a slave master! Is there no other choice?

An epic journey across a young nation seething with debauchery, brutality, corruption, and political intrigue, unwittingly on the brink of an unimaginable disaster; the American Civil War. Nathan Chambers has left the violent army life behind in Texas, never imaging he’s on the very Road to The Breaking. 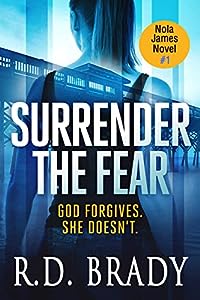 A female equalizer.
A young runaway.
A ruthless rabbit hole of corruption.

Ex-CIA agent Nola James is determined to get justice for those the police ignore. So when a poor, straight-A student goes missing in a small town outside Atlanta, Nola vows to bring her home. But in a case that already cuts close to her own wounded heart, she discovers the teenager is only the latest girl to vanish into gangland vice.

Fearing for the naive victims, Nola channels her boiling rage into working alone. But as she pushes further into a shadowy conspiracy, even her lethal fists and deadly marksmanship may not be enough to save innocent lives.

Can Nola free the captives before she is silenced?

Surrender the Fear is the haunting first book in the Nola James crime fiction series. If you like powerful women, vigilante enforcement, and brutal hand-to-hand combat, then you’ll love R.D. Brady’s dark mystery.

Bring the flavors of Greece into your kitchen with easy to make, authentic Greek Recipes!

From ancient times to the modern day, Greek cooking has evolved to be some of the healthiest around the globe. Greek culture has given a loving name for their own food; they call it “the food of the Gods.” With a focus on including whole and local foods, the Greek diet helps to maintain heart health and prevent the development of diabetes, and some areas of Greece are recognized as having some of the lowest cancer rates in the world.

And it’s not just good for us; it’s delicious! Greek food is hailed across the world for its amazingly textured cuisine that provides a perfect balance of different flavors. Greek foods are naturally healthy and full of flavors, reflecting the culture’s deep and sentimental attachment to their local food.

All recipes come with a detailed list of ingredients, cooking and preparation times, number of servings and easy to follow step-by-step instructions. 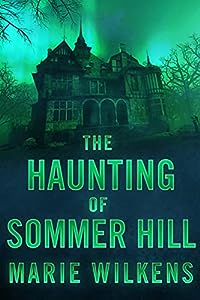 The Haunting of Sommer Hill: A Riveting Haunted House Mystery
by Marie Wilkens

Single mother Amanda falls on hard luck after she and her eight-year-old daughter are forced out of their home in the small, rural community of Belmont, Ohio. Recently widowed, Amanda discovers she has inherited a massive estate in upstate New York. But shortly after her arrival, Amanda learns some dreams are too good to be true.

Will Erin and Jason find their “forever homes” in each other’s hearts?

As the director of PAWS, the “Pearson Animal Welfare Society,” Erin Pearson stays busy helping stray and surrendered pets find the “forever homes” they deserve. The small-town animal shelter was the life’s work of her beloved grandmother, but when a million-dollar donation to a new building project is embezzled, Erin fears the scandal will be the end of PAWS.

The drive up from San Antonio to the beautiful Texas Hill Country to adopt a dog for his daughter is nothing more than an inconvenience for financial advisor and single dad, Jason Blaine. That is, until he meets the lovely director of PAWS. When Erin later asks for his help in tracking down the consultant who made off with the donation, Jason couldn’t say no even if he wanted to. Erin is warm and approachable… everything his late wife wasn’t. But Jason knows his wealthy in-laws won’t hesitate to sue for custody of their granddaughter if he starts dating again and not devoting every spare minute to being a dad.

Will Erin and Jason track down the missing million in time to save PAWS and her family’s good name? Caught between the fear of losing his little girl and the hope of a promising new romance, will Jason allow Erin to rescue him, too, even though he only has two legs instead of four? 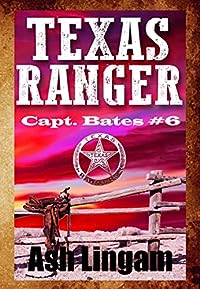 The Laredo Texas Rangers received orders from Austin to head to El Paso to assist and contain the violence when a posse of seventy-five Mexican vaqueros ride into town. They are on the trail of the American Rustlers and the land-grabbers who are terrorizing El Paso County and the ranches south of the border. So Captain Bates and his men head for Southwestern part of the state and US Marshal Dallas Stoudenmire, a lawman with a happy trigger-finger.Will the child, captured by the gang leader, Pat Whisper, escape with his life, or will he perish like his parents and little sister? And who will solve the mystery of the money man behind the land-grabbing; the local law or Captain Bates and his men?