I have been going to the gym three days, doing a group workout that’s pretty intense. I am feeling it. Things hurt on my body. Like… hurt hurt. UGH! But I refuse to give up. I figure it is just my body getting used to being worked so hard. I used to workout all the time, and I don’t remember hurting this much. I bet I just forgot. Today is a gym day and I am going over my list of pains. This morning it is my right heel, left shoulder, and right knee. My method to relieve the pain is to shake it off. Just keep shaking until it stops hurting or a new pain pops up and I am distracted. I have been shaking my limbs for 5 minutes. Might take twenty minutes. Shaky Shaky 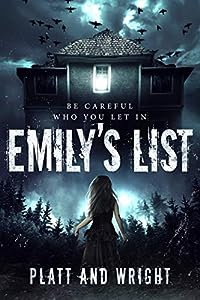 All Cora wants is a new start. But when your problems come back to haunt you, how far will you go to exorcise them?

But her new start is shattered when she fails to suppress her OCD tics in class. She finds herself targeted by bullies again. New town, same loneliness and shame. She’s afraid to turn to her overworked mother, who is already worried about her mental health.

Then Cora meets Emily, the only person who gets her. Homeschooled Emily has suffered serious abuse, and she has a list. A list of people who have hurt her. A list of people that includes Cora’s bullies. And Emily wants Cora’s help in getting revenge.

Can Cora find a normal life by striking back at her tormentors? Or is she being lured into a darkness that will consume the sanity she’s desperately clinging to? 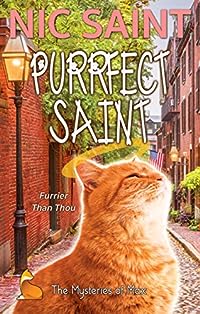 Purrfect Saint (The Mysteries of Max Book 21)
by Nic Saint

When Grandma Muffin announced she’d found religion, and started recruiting followers for her new church, I just figured it was par for the course. After all, Gran has always had an eccentric streak. But when Harriet decided to follow in Gran’s footsteps and teach us all about the meaning of life, it got my attention. And so it happened that the whole family headed downtown one night to attend their first Soul Science gathering, meeting Masters Omar and Sharif, the church’s charismatic leaders.

Tex, meanwhile, was facing some problems of his own. A handsome young doctor had moved in across the street and had set up his office, and Tex’s patients were changing doctors in droves, leaving Odelia’s dad close to despair. There was something very peculiar about this new doctor, though, and it wasn’t just that everyone was so crazy about him.

Soon we were all searching for the meaning of life and happiness, the location of our souls, and how to make this world a better place. And so when tragedy struck, it’s safe to say we were ill-prepared. I like to think that the events that unfolded made us all more spiritual, though. They certainly forced us to dig deep and look for our inner sleuths! 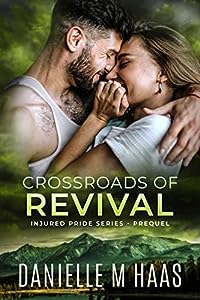 Izzy Sterling survived a traumatic kidnapping, but her resulting anxiety forces her to shut herself off from the world. At her therapists urging, she faces her fears and volunteers at Crossroads Mountain Retreat — a soon-to-be place of healing for law enforcement and veterans and the very place she was held captive. When evidence is found that the sex-traffickers who abducted her have returned, she’s thrown right back into a past she’s tried so hard to forget.

Fresh out of the police academy, Beau Davis is ready to prove himself as an officer, but more than anything, longs to find the person responsible for hurting Izzy. He’d hoped her moving back to town would prompt him to finally confess his feelings — feelings he’d locked away after she left for college and never looked back — but her recent trauma keeps him from laying his heart at her feet.

When someone comes after Izzy, it’s clear she’s a connection to the criminals they want to silence. Beau’s vow to keep her safe gives her a strength she thought she’d lost. When the nightmare she’s already survived once becomes her new reality, Izzy must fight for the life she wants. A life with Beau by her side.

But first she has to make it out alive. 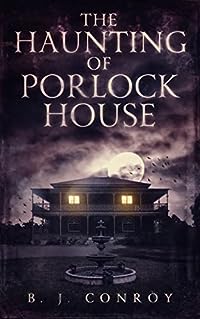 The Haunting of Porlock House
by B. J. Conroy

Tom Osborne is returning to the Australian country town of Corbin to arrange his aunt’s funeral. His last visit was twenty years ago when he was seven years old.

As Tom revisits the town, fragments of long-forgotten memories resurface in his mind. On that last trip, he and his friend, Lyn, explored the elegant residence of Porlock House on a nighttime cycle ride. However, that can’t be true because the house has not existed for over one hundred years.

Tom’s curiosity is piqued, and he searches for answers to the mystery of Porlock House. However, delving into the house’s secrets reveals a sinister history, and discovering the truth will become a matter of life and death for Tom.

This semester is a killer… Olivia and Polly, professors at Spencer University, are ready for a new and exciting fall semester. But when one of their colleagues is found hanging in the academic building, the women quickly realize that this particular year is going to be a killer.

Determined to uncover the motive behind the professor’s murder, Olivia and Polly start gathering information. Knowing he wasn’t a beloved faculty member; they suspect foul play among their other co-workers. The campus is no longer a sanctuary of safety and academia, now suspicion and fear are running rampant.

But esteemed and intelligent college professors aren’t murderers – are they? 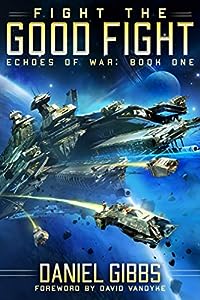 The Terran Coalition faces repeated and brutal attacks from the repressive League of Sol. To defend his home planet, David trades his dream of becoming a rabbi for a battlefront in the far reaches of space. When particle beams fly, his courage under fire brings quick promotion. But in the lulls between battles when he must confront his soul, David finds a different enemy: the ghosts of those killed under his command.

Yet in war, it’s kill or be killed — and the enemy shows no mercy.

David must square the tenets of his faith against his responsibility to crew and country. If he fails in his command, billions face enslavement by a ruthless regime. Now it’s an all-out fight for the galaxy’s freedom.

Because a man’s greatest foe lies within.