The Awakened World series by William Stacey is a crazy cocktail of magic, monsters, and military action with a tough new heroine along the lines of Ilona Andrew’s Kate Daniels and Faith Hunter’s Jane Yellowrock. Enjoy! 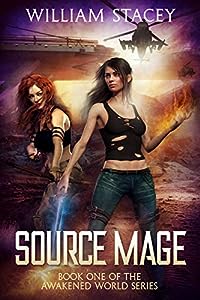 When Angie was five, the dragons appeared…

And broke the world.

In the Awakened World of twenty-first-century North America, the Fey Sleep no longer hides magic from humankind — but many wish it did.

Angie Ritter is a former army mage trained to fight with spell and sword.

But she’s seen too much, done too much.

And now, her magic is gone.

She can barely take care of herself, let alone anyone else, but when former army buddy Erin Seagrave, the youngest member in a family of werewolf super soldiers, begs her for help, Angie must find the strength to fight again. A dark blood cult is hunting werewolves and if they catch Erin, they’ll cut her heart out.

They’ll do far worse to anyone who gets in their way, especially meddling ex-army mages.

Now, the two women must escape into the wilderness of a post-apocalyptic California to reach a powerful ally, the Fey succubus who raised Angie.

All that stands in their way is an army of vampires, an Aztec demon, and an impossibly powerful blood mage.

But something even more dangerous hunts them. 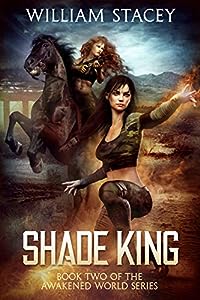 Falsely accused of treason, Source Mage Angie Ritter and the Seagrave werewolves are on the run. When the mysterious were-jaguar Tec offers them sanctuary among their old enemies in the Republic of Norteno, it seems like a dream — until Tec vanishes in the aftermath of a disastrous military operation.

Without an ally, Angie and her friends find their new home turning hostile. When a pack of werewolf-like monsters slaughters a village, Angie and the others are suspected of involvement. Now, pawns in a game of statesmanship, they must escape before they are handed back to their former colleagues and hanged as traitors.

But the evil Mother Smoke Heart and her blood cult still have plans for Angie.

And hidden beneath the earth, a dragon dreams of bloody war.