Brain! You Need To Step Up Your Game

It looks fine… I guess. Yesterday I got an extra burst of energy, so after I finished cleaning the house I started making room for the Halloween decorations. I emptied out the dining room area where hubby is installing black lights and I am putting the decorations we made and painted fluorescent colors. I set them up, took a step back, and was completely underwhelmed. Uh oh. Well, this is not good. It is so… bland. How can anything painted bright shiny colors be bland? I am glad this happened now, so I have time to fix this. I have plenty of paint to work with so I better get my brain to working. A backroom cop jumps at the chance to investigate a high profile missing persons case in this Rebus-meets-Poirot page-turner.
But jaded big Barney Mains finds himself in the middle of a deadly conspiracy. And his bosses would rather not know.
Faced with political corruption at the highest level, he’ll be forced to question twenty years of training and a lifetime of doing the right thing.
Because he’ll have to choose between justice and the law.
And only one of these options comes with a very attractive bonus.
It might just keep him alive… Death came between them in high school. Will solving a painful cold case bring them together at last?

Carlie Webster remains haunted by the past. After a messy failed marriage sends her packing for her small hometown, she relives the memories of her sister’s thirty-year-old unsolved murder. But when rekindled sparks fly with the suspected killer’s brother, Carlie must clear his sibling’s name if she wants a shot at second-chance love.

Cole Paisley has never shaken his family’s dark reputation. Finally returning after merciless rumors forced them out three decades ago, the recent divorcé is stunned to discover the girl who stole his heart is also back home and available. And when she finds a secret diary in the walls of her childhood house, he’s determined to help her catch the killer and prove his brother’s innocence.

Desperate for closure in her sister’s tragic story, the amateur sleuth feels growing comfort in the man she always believed was her destiny. And when the journal reveals a shocking detail, Cole and Carlie must uncover the town’s shameful secret to finally understand what really happened.

Will Carlie and Cole finally get to the truth and find the happiness they deserve?

Catch: A Father and Son Story
by Tim Turner

A father and son struggle to find common ground on and off the ballfield.

Growing up a mere 40 miles from the real Field of Dreams, the Author finds parallels in his own often rocky relationship with his Father in this short true story. Playing together as pitcher and catcher, they often found it was on the ballfields of Iowa that they had their most challenging conflicts that tested thier relationship. 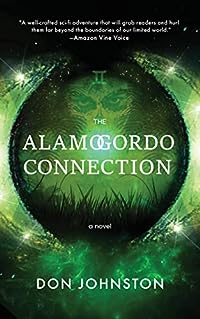 In 2045, radio waves surge from the M13 nebula, and President Rex Horn believes they are distress signals. Amid impeachment threats, he funds a project to decipher them.

Darien Segura, abandoned as a baby in the jungles of Panama, and his coworker, Carly Hansen, detect a message hidden in the radio waves. Carly believes ESP is the key to decoding the message. While testing for the elusive phenomenon, they locate traces of it in twins, including monkeys, dogs, and people, all born in Alamogordo. Carly calls this oddity The Alamogordo Connection.

During the study, they find that Darien possesses ESP, but not enough to decode the message without linking to someone else who also has it. Convinced he has a twin living in the jungles of Panama, they go there to search for him. Upon trekking to an isolated village, they discover the witch doctor who delivered Darien. Just before she dies, the old woman reveals a startling fact.

Will it be enough to decipher ET’s message?
Buy The Alamogordo Connection for a glimpse into the near future. 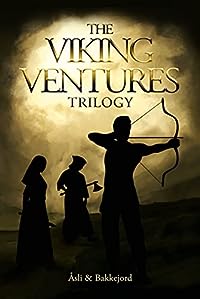 This is the complete Viking Ventures trilogy including ‘Viking’, ‘Outlaw’ and ‘Free’.

History is about to change – in the hands of the unlikeliest of culprits.

In 841, Viking ships descend on a village in Northumbria.

On board is a terrified Ulv, the youngest of the crew. He is not a Viking, not a warrior, not a fighter. Despised by most of Sigurd Jarl’s hird, he must prove his worth as a raider. Risking his life and honour, he faces a battle with enemies on both sides.
Standing on the pier, Marcus watches in horror as the Viking ships appear. This time, he is old enough to fight, side by side with the other men, against the scourge of the North. At least, he hopes he can delay the heathens enough for his sister, Julia, to escape.

In a twist of fate, both teenage boys end up hiding in a cellar. From there, their destinies are intertwined as friends and enemies, thrall and master, and brothers in arms.

Follow Ulv, Marcus, Julia and the whole band of Viking misfits as they change the course of history. In the epic story of ‘Viking Ventures’, you meet historical figures like Ragnar Lothbrok and Charles the Bald. Witness the occupation of Dublin and the siege of Paris. Visit Hedeby and Rouen, and take part in battles, sieges and duels.