Do I Even Know It’s On A Monday?

In between killing stupid houseflies this weekend, I was putting up more Halloween decorations. My house looks like the spooky holiday barfed all over it. It’s ridiculous. I have decorated like Halloween is on a Friday night and it’s going to be a huge party. Do I even know that it’s on a Monday, and I am only having a few people over? I couldn’t even stop myself if I tried. The odd thing is I am also looking forward to taking it all down and decorating for Thanksgiving. New decorations keep popping up around the house and the baby bassets act like it’s all normal. Although that might be why they hide in their room. They need to guard their territory to be sure I don’t try to add spiders or cute little bats. They can’t hide in there all the time. They got to go to school. I’m thinking cute little zombies. 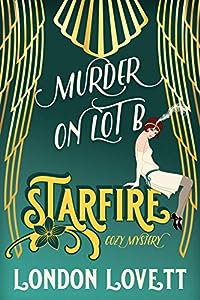 Los Angeles, 1923. The land of movie stars and perpetual sunshine has a stylish new force to be reckoned with — Poppy Starfire, Private Investigator.
Poppy recently moved out on her own and is eager for a taste of independence and to prove to her retired Uncle Sherman that she is capable of running the Starfire Detective Agency. Her brother Jasper has also joined the agency. Poppy prides herself on being a skilled investigator but so far the cases have been scarce and to say the least uninspiring. But that all changes when Anna Colton walks through the door. Anna’s brother Roger, a famous stuntman for the local movie studio has died in a well publicized accidental fall. Only Anna’s not convinced it was an accident. It’s up to Poppy and Jasper to peel away the layers and uncover the truth. Who killed Roger ‘Rowdy’ James?

Transport yourself back to the golden age of Hollywood in book 1 of London Lovett’s brand new historical Starfire Cozy Mystery series. 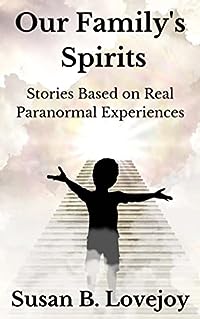 Our Family’s Spirits: Stories Based on Real Paranormal Experiences
by Susan B. Lovejoy
Genre: Literature & Fiction

New England is an area rich in historical homes where one is bound to run into spirits that wander the halls or show up in the most unlikely places.

The stories in this collection came from actual paranormal events that either my family, friends, or I have experienced. A few stories are written more closely to what actually happened, and I took creative liberty with others.

Some of the stories include: a house known to the neighborhood kids as haunted, an animated bear with a mind of its own, an old woman from another era who only shows herself to the men in the house, a narrow escape in a cemetery, a former hospital where the young spirits wander about, and much more. Enjoy! 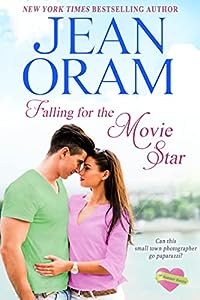 Finian Alexander is one scandalous tabloid photo away from catapulting his acting career onto the A-list. Luckily, he’s found a woman, a camera, and an opportunity. Sure, Hailey seems a bit too sweet to set him up in the tabloids, but everyone has their price and, as it turns out, Hailey is about to lose her family’s beloved cottage in a tax sale and could use some quick cash.

And acting as though he’s in love with this small town sweetheart? No problem.

But what will he do when he no longer has to act? And as his girlfriend, will this small town gal find the limelight too blinding? 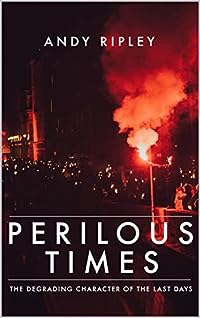 PERILOUS TIMES: The Degrading Character of The Last Days
by Andy Ripley

In Second Timothy chapter three, verses one through five, Paul describes the character qualities which will be widely seen in the people of the last days. Although these are not necessarily qualities that are unique to the people of the final generation, as they are common to all generations of fallen human beings, the strong implication is that these evil traits will be dangerously magnified in the final days of history. The men and women of the last days will be more selfish, greedier, more boastful, prouder, more blasphemous, more disobedient, less thankful, more unholy, more unforgiving, more brutal and worse in every conceivable way when compared to previous generations. The complete loss of integrity and good character is what will make the last days so difficult to bear. This book attempts to describe how each of these character traits will impact society and how it is already affecting the world. And how up against the backdrop of this drastic societal decline, we will see the bright and glorious witness of Jesus Christ as it is reflected in the life of His true church.

People who look at me see what they want to see: a successful businessman who is part owner of the hottest nightclub in Copper City, the Urban Dwellers. No one digs deeper, which is fine with me. Because I have a secret. A secret that killed my career in the army and sent me into an emotional tailspin that has affected my life ever since.

Dr. Kelly Malone knew me at my lowest point back then, and now she’s shown up on my doorstep asking for my help. She’s in trouble and wants my protection while she exposes the truth about her former employer, a pharamceutical research company that performed secret research on shifters like me.

She doesn’t know who else to trust, but I don’t know if I can trust her. My bear says otherwise. He says she is my mate. Oh, the things I want to do to her.

I want her. I need her. But I could never be a man that deserves her. So I’ll keep her safe, even if it means losing everything I have.

Silence that Sizzles is part of the complete Urban Dwellers series but can be read as a standalone book. No cliffhangers. 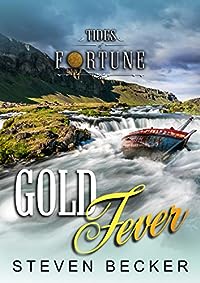 Where can you run when you need to escape your past?

The Caribbean isn’t a place where Nick and the crew of the Panther can sail freely any longer, so they set off on their biggest adventure yet: Around Cape Horn to join the San Francisco Gold Rush.

The opportunities in the lawless gold fields are uniquely suited to the crew’s abilities — and eerily similar to their pirate past.

Their new adventure is fraught with danger, excitement, and the ultimate risk as they face broadsides, raging rivers, deadly fires, and above all, the greed instilled in men. To survive, Nick and company have to use their experience and cunning to outwit the raucous’49ers. 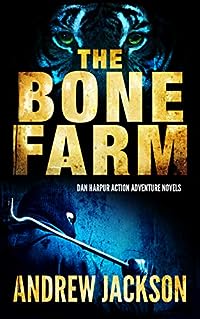 A man on the edge. A woman on a mission. A species on the edge of extinction.

Organised criminals are smuggling tiger bone out of China to feed an insatiable black market. They will stop at nothing to dominate a growing trade where profit margins dwarf those of narcotics, with little penalty. They have only one problem – they can’t get enough of it.

Following the murder of his friend, former soldier Daniel Harpur is on the warpath. A small bag of white powder and a Chinese gangster with a dragon tattoo are his only leads. He has vowed revenge, but first he must overcome his own personal demons.

The Wildlife Investigation Agency, charged with protecting endangered animals and their habitats, are on the trail of an infamous poacher who is decimating the wild tiger population. But red tape and bureaucracy thwart their every move.

Both Harpur and the WIA want justice. Just in different ways…
An action-packed and gripping novel highlighting the lucrative illegal trade in wildlife and the plight of tigers – one of the world’s most iconic and beautiful creatures.