The holiday season means many things to me, and one huge thing is it is “Touch-up Paint Season”. It always starts with me asking out loud, “Do we need to repaint this room or just do a little touch-up?” Usually no one answers and I hear footsteps scampering off in the opposite direction. I don’t blame them. Once I decide it is time to paint all those annoying little chipped off paint spots, all you hear for hours on end is DOBB DOBB DOBB DOBB DOBB. I never brush the paint on, just dobb dobb to give me the illusion that it will blend perfectly. Most times it does, but other times I make a huge mess and end up with a full room full of silly looking mismatched painted dotted walls. That’s when I have to repaint the whole room. ERG. So far I have been lucky today with the bathroom walls. Let’s just see what I end up with in a few hours. 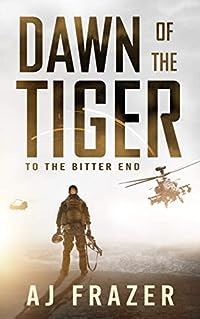 Dawn of the Tiger
by AJ Frazer

When war is imminent, the decision to fight isn’t a choice at all.

An armada of Chinese warships is poised to strike an unsuspecting Australia. Their intent is to secure Australia’s enormous mineral and energy resources to fuel its relentless economy and fulfil China’s destiny: Primacy of the Pacific.

Amidst widespread panic and political turmoil, Finn Hunt finds himself involved in a massive Australian-US guerrilla operation to repel the invading force. His journey takes him to the heart of The Outback where he must endure desert warfare, enemy capture and the harshest physical conditions. Victory for either side will be hard fought and unconventional. For Finn Hunt, his faith, resolve and sheer will to survive will be pushed to the bitter end.

Dawn of the Tiger is based on current political and strategic events in the Asia Pacific region. It will leave you questioning just how safe any Pacific Rim nation really is in the changing geopolitical landscape.

Newly widowed Amish woman, Emma Kurtzler, has had little time to grieve when she learns someone is trying to take her farm.
When someone close to her is killed, a group of Amish widows befriends her. She soon learns there’s more to these sweet widows than meets the eye.
In the midst of Emma’s troubles, she is drawn to a neighbor, but can she trust this man who is trying his best to win her heart? 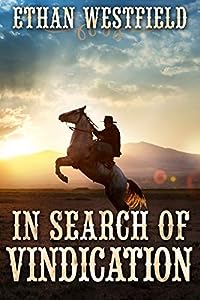 In Search of Vindication: A Historical Western Adventure Book
by Ethan Westfield

Lee Palmer has been working as a U.S. Deputy Marshal in Kansas for a great deal of his life. As soon as his brother Tommy stops answering his letters, he gets extremely alarmed and decides to take matters into his own hands. When he puts a plan in place to travel to Texas, little does he know that a shattering surprise awaits him there; his brother has been found dead, next to the body of one of the most powerful ranchers in town. Will Lee manage to unravel the truth behind these enigmatic and shocking deaths?

While Lee is still aghast, the local sheriff declares Tommy’s death a suicide, and also accuses him of attempting robbery and murder. On the spur of the moment, the case is considered closed, which makes Lee highly suspicious. Feeling that they drag Tommy’s name through the mud, he decides to defy the law and seek vindication. Will he succeed in this lonesome yet risky mission? How will he solve this demanding riddle and clear his brother’s name?

Lee’s hazardous quest begins, having Susan Marsh and Ki’Somma, a young Cherokee medicine man, on his side. Doubts, lies, deceits, serious injuries as well as many other roadblocks will derange their endless undertaking. Will they manage to join forces triumphantly and complete this challenging mission? Or will Tommy always be remembered as a ruthless criminal? 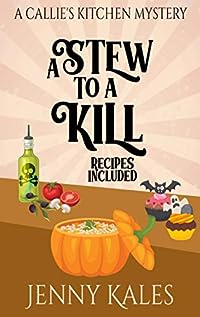 Trouble is brewing in this Halloween culinary cozy mystery with a Greek twist!

A packed week of Halloween celebrations promises to be a treat for Callie’s Kitchen in scenic downtown Crystal Bay, Wisconsin. Greek-American eatery owner Callie Costas and her hard-working crew are gearing up for a charity costume gala, Halloween walk and spooky skeleton contest. But treats turn to tricks when a new employee at a friend’s tea shop is found dead, and Callie finds herself drawn into a murky brew of motives and murder suspects.

As if things weren’t scary enough, Callie’s old flame turns up and stirs the pot with a plan to develop a sprawling shopping mall that could threaten not only Callie’s Kitchen, but the town’s entire small business scene.

Will Callie help save her business and uncover a stew of simmering secrets before she becomes the killer’s next victim? 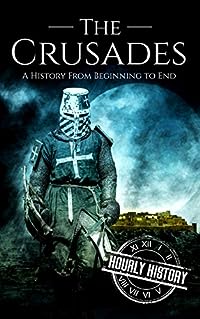 The Crusades: A History From Beginning to End (Medieval History)
by Hourly History

The Crusades are the prototype and epitome of the Holy War. The fight to take control of the city of Jerusalem, believed to be the most sacred Holy City to two distinct religions of Christianity and Islam, has lasted far longer than the two centuries of the Crusades and its reach has extended far further than Europe and the Middle East. Over the course of nine organized campaigns and many more unorganized ones, the Christian west militarized in the name of God to push back the threat of Islam advancing from the east.

• Peace in War: A Background to the Crusades

• The First to the Eighth Crusade

• The Children’s Crusade and Crusading Against Christians 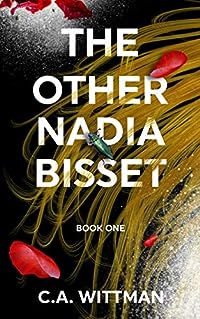 The Other Nadia Bisset: A Jaw-Dropping Terrifying Thriller! (Trilogy of the Bisset Twins Book 1)
by C.A. Wittman

Nadia and Lydia Bisset are identical mirror twins, beautiful, ethereal little girls that make people stop and stare. Carla, their young mother, is exhausted, trudging through endless days of caring for her daughters with little help from her husband, often away on long business trips. At twenty-four, Carla feels like her life has ended before it has even begun.

When a new and helpful neighbor, moves next door, the two women become fast friends, spending every day together for two weeks until Carla awakens one afternoon from a drug-induced sleep to find one of her twins, Lydia, and the new neighbor have disappeared.

Years go by and Lydia remains missing. Meanwhile, Nadia is growing into a bright, sweet, talented child, yet beneath the surface of her sunny disposition lurks a cold and calculating mind. Forced to reckon with Nadia’s growing psychopathy, Carla puts her daughter into therapy only to have her fragile hopes shattered in a single moment of truth. What Carla discovers will blow her world wide open and nothing will ever be the same again.