The Hybrid Series by E.K. Frances

Isolated. Feared. A plot to end him. Sebastian Parker’s life is about to change. The Hybrid series by E.K. Frances, is set in a dark vision of the future, where some humans have developed abilities; these humans are known as alphas. Perfect for fans of Harry Potter, The Hunger Games, and Divergent. Grab your copy TODAY!

The Hybrid: Book 1 (The Hybrid Series)
by E.K. Frances

Sebastian is thirteen. He thinks he is just an ordinary alpha off to join the Academy to refine his skills, but ‘the test’ shows something different. It turns out he is a Hybrid – a Quad-brid to be exact – and will grow up to be the most powerful alpha in more than two thousand years.

Forced to join the Dark side of the Academy, Sebastian faces fear, rejection, and brutality. Making some unlikely friends and finding adventure, he strives to keep to the Light. However, in a final twist, unsure of who to trust, and what is real, Sebastian is faced with the ultimate decision of whether to embrace the Darkness… 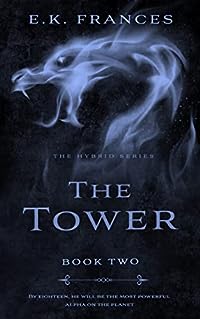 The Tower: Book 2 (The Hybrid Series)
by E.K. Frances

Facing execution, or worse, at the Agency, Sebastian Parker’s life hangs in the balance.

As Sebastian grows in power, he learns shocking truths about his true identity and his ultimate destiny.

Will he assist the Agency in their battles? Are they fighting the real enemy? Can Sebastian evade his terrifying fate?

Find out in the second book in THE HYBRID series. 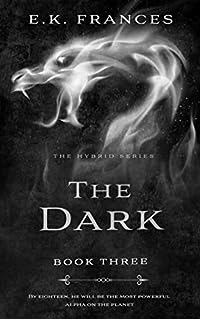 The Dark: Book 3 (The Hybrid Series)
by E.K. Frances

Abandoned to face a fate worse than death, Sebastian Parker is out for revenge.

In this third book in the series, Sebastian struggles with his demons, returns to the Academy, and finally meets his match.

Will Sebastian be able to quell his thirst for vengeance? How will he handle the brutalities of the Academy? Will he join up with the Agency in their biggest battle?

Find out, in the darkest book yet, in THE HYBRID series.