I would complain that there is not enough time in the day, but I believe if there were we wouldn’t be doing fun things with our extra time. Somehow chores, work, and responsibilities would grab that to. Today will be different. Today I am dedicating the whole day to decorating for Halloween and finishing painting the cats I made. I love the fact that my baby bassets are old enough now to help. Now I can just point and say make this happen and they can. One decoration I really hate doing is putting the blue lights in the dry riverbed in the front yard. The lights are always tangled and never cooperate. Now I ask them to do it, and walk away. I give them the absolute worst chore, and do all the easy stuff myself. Hopefully by tonight my house will be completely transformed and I can declare that the Halloween season has officially begun at our house. 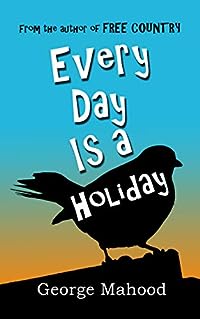 Every Day Is a Holiday
by George Mahood

He had a job, a house, a wife and three kids. But he was stuck in a routine. Every day was the same and he felt that something was missing.

George realised the calendar is FULL of these quirky, weird, and wonderful celebrations. He realised that somebody somewhere had created these holidays, believing them to be important enough to warrant their own official day.

Surely, he should be more appreciative of their existence?

So… he decided to try and celebrate them all.

Follow George on his hilarious, life-changing adventure, as he tries to transform himself into a happier, more intelligent and well-rounded person.

It’s a rip-roaring, life-affirming, roller-coaster of a ride, where every day is a holiday.

Texas, 1889 – Daniel Honeycutt is no stranger to peril. His scars are proof. They frighten folks, which is why he prefers a solitary life on his ranch. His long days are a tad lonesome, but at least there’s no one around to judge him.

When he sees a girl on a runaway horse, Daniel forgets his scars. His quick thinking saves Molly Collins, and the chance meeting draws Daniel from his solitude.

Molly is unlike any other girl. Headstrong. Impossible. Aggravatingly beautiful. Daniel soon learns Molly is in danger, and he vows to protect her. Even if it means risking his stubborn heart. 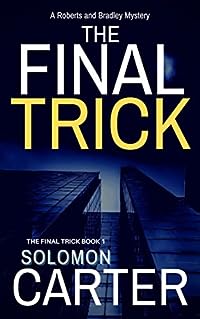 Who will be the next to die? The killer or his prey?

A young single mother goes missing and a body is discovered in mysterious circumstances. But has the killer picked on the wrong woman? If so, he may be the next.

A three-way race to catch a sadistic killer between the police, PIs and a secret hunter – What could go wrong?

Private Investigators Eva Roberts and Dan Bradley are hired to track down young single mother Willow Jackson. But when a body is found on the outskirts of town, all seems lost. The body is naked, riddled with drugs and shows strange signs of water damage. But Willow Jackson’s body is discovered miles inland and she had never taken drugs in her life. The girl’s mother is determined to discover what happened… and so a missing person case becomes a murder hunt.

When another young woman goes missing, she must fight to get free before her time runs out. The hunt to save her is joined by a mysterious rival – a man who will not stop until he has his revenge. A rival who has more need than anyone to find the woman alive.

Who will find the killer before he strikes again? DI Hogarth and the police? The PIs? Or the mysterious hunter? All Pepper Dunn wants is a quiet life in the witchy town of Magnolia Cove, Alabama. But when the Cotton and Cobwebs Festival arrives, her dream goes up in smoke. This year, grandmother Betty is determined to win the award for best magical creature against Melbalean Mayes, the contest matron. To win, Betty needs Pepper’s help.

But when Melbalean winds up dead and Betty is accused of the murder, Pepper is thrust into one role she never expected — she must complete a list of chores that keeps her town running.

Pepper has her hands full — she must ensure the safety of her town, try to clear Betty’s name, and make sure no one else winds up a victim of the Magnolia Cove murderer. Can she do it? Or will she become the next victim? 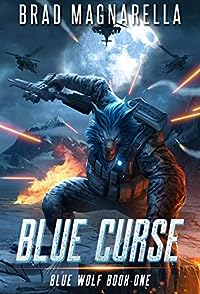 Cursed on assignment, a special ops soldier finds himself transforming into a creature of local legend.

Seven feet tall, 400 pounds, and packed with lupine assets, Jason is now the dreaded Blue Wolf — a role he never asked for in a land far from home. The price for a cure? Eliminating the region’s most notorious warlord, the White Dragon.

From the icy peaks of Central Asia to the urban canyons of Manhattan, and with the help of a bookish wizard named Prof Croft, Jason pushes his newfound powers to their limits. Because with the curse now eating into his mind, he’s running out of time…

Succeed and he returns home to his fiancée and a future.

Fail and he dies a bloodthirsty beast.

Blue Wolf is a feature series in the quarter-million selling Croftverse. If you like brawn, brains, and big weapons to go with an even bigger heart, you’ll love the Blue Wolf! 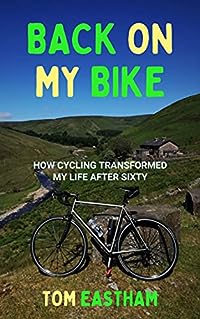 As hotel manager Tom Eastham’s retirement approaches, his best friend tries to persuade him to get back into the sport which he gave up over thirty years earlier. Initially unwilling to brave the roads after so long off the bike, he gradually comes around to the idea of having another bash at cycling and takes to the Lancashire lanes once more. This light-hearted but incisive account traces his first six months back in the saddle, during which time the life-enhancing possibilities of cycling gradually dawn on him as he samples various facets of the sport, complemented by some rather unexpected developments.
***Part Two is now also available***