I know I am supposed to say, “NOT TODAY SATAN”, but I see my favorite cookies are on sale. Maybe today Satan. 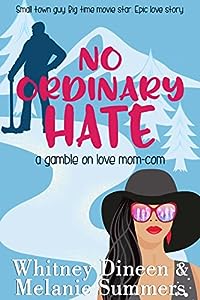 Life in Hollywood is easy to hate…
According to Hollywood insiders, Harper and Brett Kennedy have the perfect family life — an image that has been carefully cultivated by an army of PR experts at Galaxy Studios. The truth is, their relationship has been on the rocks since Brett cheated when Harper was pregnant with their youngest child. Four years later, he’s still cheating, but this time with the nanny.

When the tabloids find out, a media frenzy ensues, all but making Harper and her kids prisoners in their Pacific Palisades mansion. Needing time out of the spotlight to regroup, Harper rents a cabin in the last place the press or anyone else would ever think to look for her — Gamble, Alaska.

There, she finds peace, solitude, and Digger McKenzie. Will the gruff lodge owner, who goes out of his way to make Harper feel like she doesn’t belong, realize he’s about to miss out on his one chance at happiness? Will Harper’s kids adjust to small-town life and heal from the chaos of their parents’ separation? Will Harper learn how to shoot a bear?

Find out in the deliciously funny and dishy first installment of the Love is a Gamble Mom-Com Series.

Liberated from Her Cage by a Dragon

Stolen from her jungle home and sold to a zookeeper, Pip knows only a world behind bars, a world in which a Pygmy warrior and her giant ape friends are a zoo attraction. She dreams of being Human. She dreams of escaping to the world outside her cage.

Then, the Dragon Zardon kidnaps her into a new life. Pip rides Dragonback across the Island-World to her new school – a school inside a volcano. A school where Humans learn to be Dragon Riders. But this is only a foretaste of her magical destiny, for the Dragon Assassins are coming. They have floated an Island across the Rift and their aim is nothing less than the massacre of all Dragons.

>>Her courage will be tested to its limits, for Pip is the Pygmy Dragon, and this is her tale

The Pygmy Dragon is the first book in a companion series to Aranya and Shadow Dragon, the bestselling Shapeshifter Dragon series. Featuring stunning aerial battles and romance, Aranya is a fresh, gripping coming of age tale set in the same world 150 years on, when the Sylakian Empire rules the Island-World from the Rift to the frozen Islands of the north, and Dragons are fast becoming a fireside legend. But one Dragon lives – let evil beware.

Scroll Up and Grab Your Copy Today! 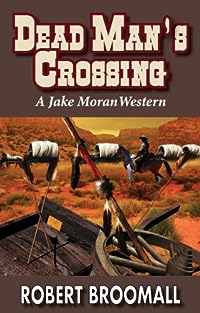 1854 — the Gold Rush is still going strong. Who better to guide a wagon train from San Antonio to California than Jake Moran, the Hero of Chapultapec in the Mexican War? Trouble is, Jake’s not really a hero, though he’s the only one who knows it. Fifteen hundred miles of forbidding desert make Jake want to turn down the position, but the emigrants of the California Company are depending on him, and he can’t let them down. The company faces thirst, cholera, and Comanche raids. In addition, Jake confronts the enmity of Tyler Hampton, wealthy promoter of the California Company, the man whose leadership position has been taken away and given to Jake. Jake may not be a hero when the company pulls out, but he better become one if they’re going to survive. 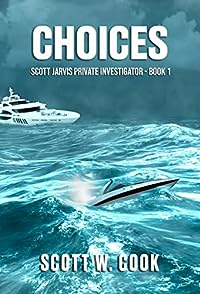 An idealist at heart, Scott Jarvis finds himself growing more and more disillusioned with police work. Assigned to what at first seems like a fairly mundane case to find a missing NASA engineer, he uncovers a plot that leads him into the dark underworld of organized crime and international intrigue. Just as he’s making real progress, Jarvis is pulled off the case and ordered to lay off or else…

Frustrated and haunted by the shadows of his past, Jarvis confronts the most important choice of his life – stay on the job or turn in his badge and become a hard boiled private investigator… play by somebody else’s rules or do it his way – with fists flying and guns blazing!

A new Florida action and mystery series that takes you on a journey from Orlando to the Florida Keys where the shadow world of smuggling, murder and a threat to national security could spell disaster for young Jarvis! 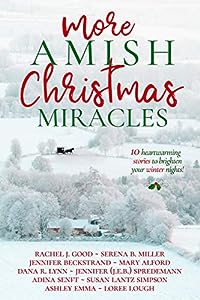 Discover more miracles in Amish country! Curl up in front of the fire, wrap yourself in a fluffy blanket, and treat yourself to this collection of romantic Christmas stories by some of your favorite Amish fiction authors. Whether it’s a snowy lane in the moonlight, a sleigh ride across the glistening snow, or a cozy Christmas celebration next to a crackling fire, you’ll find yourself believing in Christmas miracles. This second collection of Christmas stories is brought to you by USA Today bestselling authors Jennifer Beckstrand, Jennifer Spredemann, Rachel J. Good, Serena B. Miller, Ashley Emma, Susan Simpson, Dana R. Lynn, Adina Senft, Mary Alford, and Loree Lough.

The Amish Cowboy’s Christmas by Adina Senft
In the beginning, there was no Circle M ranch. Thirty years ago, there was only the girl next door and the boy who was too shy to tell her he loved her… For Reuben, showing Naomi he’s the right man for her will take all the courage and love in his heart — and maybe even a Christmas miracle.

Snowflake Wishes by Mary Alford
Widower Tobias Weaver has no idea his twin daughters have decided he needs a new bride for Christmas until he “accidentally” finds himself in the company of Hannah Stoll, the community’s pretty new schoolteacher.

The Sweetest Gift by Susan Lantz Simpson
Sometimes the unexpected gifts are the sweetest. There seems to be more in the air than snowflakes and excitement over the school program as Christmas approaches. Will a little girl be the catalyst to bring about healing and love for the two obstinate adults in her life?

Hosea’s Christmas Miracle by Ashley Emma
On the outside, Gomer seems like a lovely, sweet, young Amish woman, but she’s hiding a scandalous secret. Hosea will need God’s help, a spirit of forgiveness, and a Christmas miracle to bring his family back together before the holiday.

Made to Order Christmas by Dana R. Lynn
Tess is brokenhearted when her childhood sweetheart marries another. As she works in her aunt and uncle’s bakery, she begins to find that God’s plan is much better than what we want for ourselves. Joseph finds a job for his rebellious daughter at the bakery, but Joseph doesn’t expect to find love again.

The Christmas Letter by Loree Lough
Ben thinks Christmas is too commercialized, but it’s Beth’s favorite holiday. Can friends — whose combined business skills have improved both businesses — overcome their differences? Or will the disagreement cost them money… and love?

Joseph’s Christmas Box by Serena B. Miller
His Amish marriage is in trouble. Will Joseph find a way to repair it?

No Room at the Inn by Rachel J. Good
Volunteer firefighter Philip Troyer finds refuge at Amish Valley Inn during a blizzard. After rebelling during Rumschpringa years ago, he has no intention of returning to the Amish. Will Katie Stoltzfus’s kindness and acceptance show him the way back to his faith and the real meaning of Christmas?

Huckleberry Hill Secret Santa by Jennifer Beckstrand
Elmer Yoder can’t stand Rosie Herschberger, but when she asks for his help creating a special Christmas for the gmayna, he reluctantly agrees. Will Rosie learn to care about more than just herself? And will Elmer start to care about Rosie?

Unlikely Singing by Jennifer Spredemann
The moment Christopher Stoltz met the mysterious young Amish woman at his cousin’s wedding, he knew there was something special about her. There’s one little problem. She’s already in a relationship with a minister’s son. Christopher seems to be everything Judy Mishler has dreamed about, but is Christopher a genuine hero, or is he just a pretender? Will it take a Christmas miracle for them to find their happily ever after?