Monday Is A Day

I can’t believe it’s Monday again/already. Hmph! Seems like this is happening on a weekly basis. I wonder if there is a way to request extra Saturdays. I had a pretty long list of things I needed to do last week, and I think I accomplished only one of them. That’s actually not bad, so I shouldn’t complain. I am a bit jealous though of my neighbors that put out their Halloween decorations this past weekend. That’s one thing I really want to have done before we get too far into October. One side affect of Mondays is this optimism that this week will be different and I will do everything I feel I should do. Tuesdays I still feel pretty optimistic because I still have the whole week ahead of me. Wednesdays I start to worry, and I start some of the projects on the list. Thursday I freak out because I got nothing done all week and it’s almost Friday. Friday hits and I justify not doing anything that day because I worked hard all week and I deserve a break. Plus I have all weekend to get things done. Saturday and Sunday I try to get things done, but find I am too busy doing other things. Monday hits and I tell myself this will be the week I get things done. 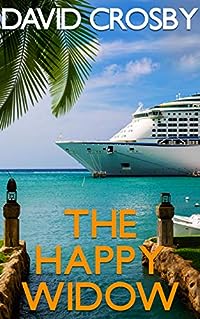 The Happy Widow: A Will Harper Novel (Will Harper Mystery Series Book 6)
by David Crosby

MARRIED AND MURDERED —
WHAM, BAM, SCAM YOU, MA’AM…
In his sixth hard boiled action thriller, reporter Will Harper attempts to balance the beginnings of new love with a treacherous fraud investigation. While trying to unmask scammers who target vulnerable elderly Floridians, Will risks angering homicidal con artists who will stop at nothing to extort their hapless victims.

The mystery opens with an exhilarating honeymoon at sea: philanderer Alain Duvalier has whisked his new — wealthy — wife away on a honeymoon cruise. There’s trouble in paradise, though: Duvalier pushes his giddy wife off the cruise ship, then claims the death was a tragic accident. The remorseless widower packs his bags and moves into his late wife’s ritzy Florida condo, with immediate plans to sell off all her assets.

While brainstorming story ideas aboard his live-in yacht, The Wanderlust, Will gets wind of the honeymoon cruise death and immediately begins tracking Duvalier. Will attempts to juggle his dangerous investigation into Millie’s murky past with an equally risky inquiry into Duvalier’s whereabouts. These scammers are so morally bereft that they’ll swiftly, thoughtlessly kill anyone who stands between them and a bundle of cash. Which is unfortunate, considering that Will, Bonnie, and Callie — Will’s ex girlfriend and current coworker — are all standing in the way.

Any fan of John D. Macdonald will get hooked on David Crosby. Fans of action-packed adventures with seafaring sleuths will love hard boiled reporter/PI Will Harper. And anyone who loves the Florida crime mysteries of Dawn McKenna and Wayne Stinnett will also enjoy this compelling series. 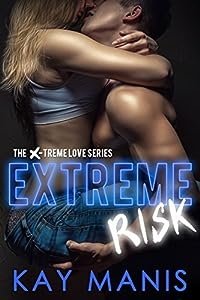 She’s paid to keep my secrets…
For attorney Hindley Hagen, life is all about staying one step ahead of the game. Avoiding surprises and keeping people at a distance is the only way she can protect herself from the painful scars of her past.

As legal counsel and sports agent to some of the world’s top athletes, Hindley’s always ready for a challenge. But when her new client struts in, his familiar eyes bore through her facade and threaten her well-planned life. Keeping all his secrets is now her new profession, but if he discovers hers, she might lose everything.

Pro extreme sports athlete Rory Gregor knows what it’s like to be on top. But after two years of bad decisions and one-night-stands, he’s forced to make a comeback he never anticipated. His team may think a new sports agent will rebuild his career, but what if she costs him his heart in the process?

Just when Rory is poised for a comeback, secrets from his past threaten to ruin his chance for gold and a new love. In the world of extreme sports, sometimes risking it all is the only way to win.

A wounded woman.
A defeated athlete.
Can two broken people make each other whole?

Extreme Risk is not a stand-alone book. Find out the dramatic conclusion to Rory and Hindley’s story in Extreme Devotion (X-Treme Love Series, Book 2), available now. 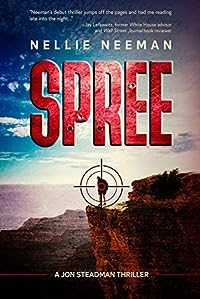 He barely survived a killing spree. Now he’s on a mission to prevent the deadliest attack in U.S. history…

Jon Steadman is desperate for closure. After the love of his life dies in a campus bombing, his relentless quest for answers reveals bizarre violent incidents involving other unsuspecting students. When copycat blasts add to the tragic body count, he’s certain he’s stumbled on a lethal conspiracy.

Teaming up with his best friend and pursuing a theory connecting the genetic dots, Steadman finds every avenue blocked by powerful people ready to kill to protect their secrets. As his hunt takes him across the globe, he exposes a sinister terrorist plot known only as The Event.

Can one ordinary man step up and stop ruthless killers from executing a devastating catastrophe?

SPREE is a story of one man’s battle to overcome the wounds of the past and find redemption in fighting for what’s right. An action-packed thriller, SPREE takes the reader on a whirlwind ride of unexpected twists and turns until the very last page. 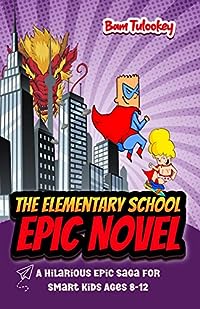 This mischievous book could be your kid’s cherished childhood memory.

5 Irresistible Things For Kids: • Makes you LOL • Thrills you • Rewards you • Gives a Bonus Terrrriblessst Jokes Book • Solving the quest – PROVES you are smart. The Latest & Hottest Kid Superhero Adventure for kids ages 8 and above.

Harry and Blackberry belong to the same class, are arch enemies and they both hate the evil vice-principal Mr. Zibang. When Harry’s favourite teacher Ms. Mini exclaimed, “Verrrrrry Naughty!” at what Blackberry did, a hilarious competition of mischief begins between them. Then come the twists when super villains enter the school. Just then, someone unexpectedly turns into a superhero! Total madness! And his super power? It’s totally funny. Anyway, the rest is a roller-coaster ride of action and suspense. 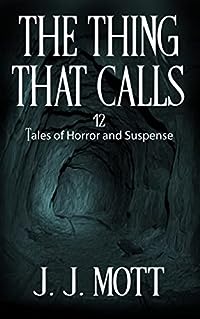 THE THING THAT CALLS: 12 Tales of Horror and Suspense
by J.J. Mott

A diverse blend of horror, suspense, and dark fantasy, this collection of short stories by J.J. Mott include:

Bad Land
A man travels to a remote part of South Dakota to visit a plot of land that he received as an inheritance. When he fails to heed the warning from a local native, he discovers that he has inherited more than he’d bargained for.

The Seamstress
An aging man recounts an event from his past that has haunted him for his entire life. Was it all just a terrible tragedy, or something far more sinister?

The Lonely Tower
Past and present collide when a hapless tourist discovers that very little stands between the living and the dead.

The Thing That Calls
A teenager struggles to understand what is causing his attention disorder and memory loss as he revisits an abandoned mine that he and his cousin discovered the year before.