If you love supernatural thrillers, a heaping dose of suspense, compelling murder mysteries, and unique and engaging characters, then The Redstone Chronicles by J. T. Bishop is just what you are looking for. Grab your copy TODAY! 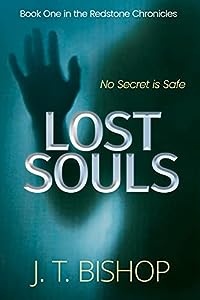 No secret is safe, not even with the dead.
Former Texas Ranger and now private investigator, Mason Redstone, can investigate the dead, but as a medium, he can also talk to them.

When Mason’s estranged partner, Trick Monroe, appears asking for Mason’s help to solve a murder, it forces Mason to confront the past and attempt to rebuild their fractured relationship. But when Trick reverts to his old ways, Mason must question whether it’s best to leave the past behind.

Old bonds don’t break easily, though, and when Trick insists his accused friend is innocent, Mason reluctantly agrees to help. As they unearth new clues with the assistance of Mason’s sister, Mikey, Detectives Daniels and Remalla, and Mason’s own paranormal gifts, they shed light on unexpected suspects. But when a shocking revelation comes to light, Mason must determine whether to trust his old friend or abandon the investigation.

Despite the difficulties, their efforts rouse a killer’s interest and before they can discover the answers, Mason’s life, and others, will be at risk. Can they find a murderer before they become the next victims? 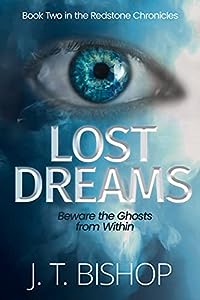 Beware the Ghosts from Within
Former Texas Ranger Trick Monroe’s first case at his partner’s P.I. agency is an easy one – locate a wealthy woman’s missing brother. But his partner, Mason Redstone, a paranormal researcher and medium, is involved in his own case, and when a malicious entity follows Mason home, it complicates Trick’s investigation.

When their search for the brother leads to murder, and Mason’s brother Max is accused of the crime, Mason must fight not only the malevolence in his home but also find the person responsible for framing his brother.

With Mason’s sister Mikey’s help, they will seek out the suspects, but Mason’s personal battles will lead him down a destructive path, and their search for evil will reveal a shocking secret that could lead to yet another murder — one of their own.

Lost Dreams is book two in The Redstone Chronicles. If you love engaging characters, a sinister whodunit, and losing sleep over a good book, then pick up Lost Dreams today! 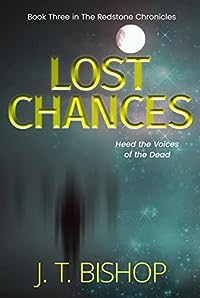 Some Secrets are Better Left Unknown
Facing his demons, paranormal P.I. and former Texas Ranger Mason Redstone enters drug therapy. Adjusting to his new surroundings, he’ll befriend other patients, face unexpected spirit encounters and confront his difficult past. But his new patrons will offer more than support. They’ll reveal dark rumors about former patients who’ve died suspiciously. Curious, he’ll use his investigative skills to search for the truth, but his discoveries may turn friends into enemies.

With Mason absent, his sister Mikey and partner Trick must rely on another gifted paranormal investigator to help keep their agency afloat. But his involvement could complicate more than their cases and force Mikey to make a hard decision.

Despite the difficulties,Trick and Mikey help a woman from Mikey’s past investigate the suspicious death of her sister, but their digging exposes unexpected secrets that link Mason to a conspiracy, and a killer who will stop at nothing to protect himself. And his next victim could be Mason.