Monster Or Cat? Maybe A Goat??

I heard a loud thunk bang in my backyard at 4 in the morning, and what did I do? I ran to the door, turned on the lights and opened the door nice and wide to get a good look. Just perfect for a monster to run up, grab me, and eat me like a piece of candy. I would so be the first to die in a monster movie. I do exactly what the audience screams at you not to do. My Guardian Angel must work over-time with me. Poor thing. I didn’t see what made the noise, but it sounded huge. All the more reason for me not to open the door. No lessons learned today thank golly. 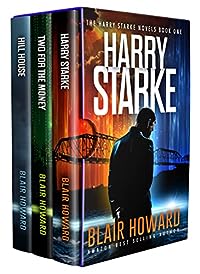 For an ex-cop turned private investigator I’ve carved out a pretty nice life for myself. Yes, life is good, but that doesn’t stop me seeking closure and justice for the victims of Chattanooga’s darker side. Some say I’m reckless., but I’ll continue doing it my way. These then are my stories.
Book 1: On a wild December night, I found myself on the Walnut Street Bridge. Moments later I was staring down into the terrified eyes of a young woman — just seconds before she slipped through my fingers and fell to her death. Who was she? Why did she kill herself? The look on that girl’s face will haunt me for the rest of my days. I had to find the answers…

Book 2: Two for the Money. I was home alone when I received a late-night phone call from a friend I hadn’t seen in years. He needed help, urgently. So I dropped everything. I was there in less than thirty minutes, but I was too late. I found Tom Sattler lying on his living room floor in a pool of blood, a revolver only inches away from his hand. It looked like suicide. But was it? I had to find the answer. If I didn’t…

Book 3: Hill House. For more than ten years the corpse of a young woman lay beneath the floorboards of Hill House, until the day two petty criminals entered the derelict property to steal the floorboards. They sure as hell found more than they bargained for… But who was she? Who put her there? Why did she have to die? Once again, I had to find the answers. I had to bring the kid some peace. Little did I know that in trying to unlock the secrets of Hill House, I was doomed to become its next victim.

These are the first three chilling stories in Blair Howard’s best-selling Harry Starke series. Eighteen novels that will have you on the edge of your seat. You can’t read just one, because Harry Starke is addictive. With each case more deadly than the last, you have to wonder, can he stay one step ahead of the ruthless killers or will his quest for justice lead him to an early grave? Three complete, mind-blowing, stand-alone novels. Almost 1,000 pages of murder, mystery, corruption and revenge. 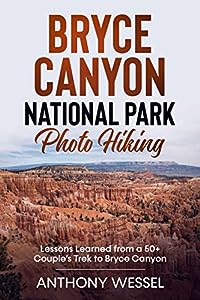 Join Debbie & Anthony on their Photo Hiking trek through Bryce Canyon National Park. This less than 30-minute short read is chronological photographic recap of their trek across this beautiful National Park.

Debbie is the photographer. Anthony is the outdoors lover. He also enjoys his responsibility as an aspiring Photo Assistant. They compromised on a mixture of hiking and Debbie’s passion for photography. In essence, Photo Hiking tours of the U.S. National Parks.

Debbie and Anthony, beginning in their early 50’s, started in earnest to visiting many of the 63 National Parks. They provide tips, tricks, and lessons learned from their 40+ National Parks visited during their middle-aged years with the hope it will make your National Park experience more enjoyable. The king of Lakeview prep.

You know the type. Disgustingly rich. Blond-haired. Eyes the color of a clear, blue sky. And muscles for days.

He also happens to be enemy #1, the bane of my existence.

Only, now my scholarship is in jeopardy and, like the peasant I am, I must tutor the king himself if I want to graduate.

Still, if I have to be around him, I might as well make it worth my while. So I send him a scathing text, telling him exactly what I think about him. But he mistakes me for someone else. That’s when I hatch a plan: get dirt on the king, and watch his reign crumble.

It’s about time someone made the king come tumbling down. 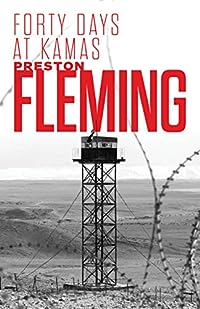 Kamas, Utah, 2024. America has become a totalitarian dystopia after the Unionist Party’s rise to power. The American West contains vast Restricted Zones dotted with ghost towns, scattered military garrisons and corrective labor camps where the regime disposes of its real and suspected enemies.

A former businessman from Pittsburgh, Paul Wagner, arrives at a labor camp in Utah’s Kamas Valley. He is unaware that his eleven-year-old daughter, Claire, has set off to Utah to find him. By an odd quirk of fate, Claire has traveled on the same train that carried her father into internal exile.

Only after Wagner has renounced all hope of survival, cast his lot with anti-regime hard-liners and joined them in an unprecedented and suicidal revolt does he discover that Claire has become a servant in the home of the camp’s Deputy Warden. Wagner is torn between his devotion to family and loyalty to his fellow rebels. On the eve of an armored assault intended to crush the revolt, he faces an agonizing choice between a hero’s death and a coward’s freedom.

Forty Days at Kamas is both a stirring portrait of a man determined to survive under the bleakest of conditions and a nightmare vision of what America could become if political extremists rise to power. 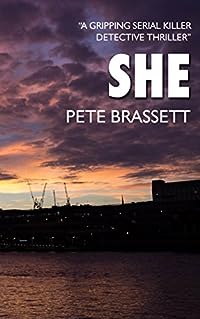 Detective Inspector Munro is a burly Scottish policeman who doesn’t suffer fools gladly. Detective Sergeant West is an intelligent young woman, new to the force, with a lot to prove. When a missing person case lands on their desks, Munro is skeptical there is much to it. But their investigation soon comes to some strange findings, and before long, a body is found.

With a serial killer on their hands they must act fast to trace a woman placed at the scene of the crime. Yet discovering her true identity, let alone finding her, proves difficult. And as the plot thickens they realize the crime is far graver than either of them could have imagined.

If you like crime fiction with a killer twist you will love SHE, the latest Scandinavian style suspense thriller by Pete Brassett. 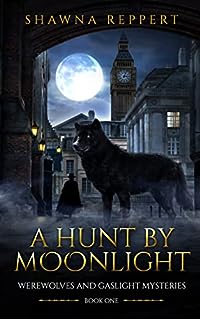 A Scotland Yard Inspector hunts something more dangerous than werewolves through the gaslit streets of London.

Royston Jones, unacknowledged bastard of a high-born family, is determined to track the killer before more young women fall to his knife. But his investigation puts him in the way of a lord who is a clandestine werewolf and the man’s fiancée , a woman alchemist with attitude and a secret of her own.

Will they destroy Royston to protect their covert identities, or will they join with him to hunt the hunter?