WINTER IS COMING! I just keep saying that in my head as I am trying to clean up a bit more in the backyard. I am also using that as an excuse to get rid of plants that I decided I didn’t like. They didn’t make the cut, so CHOP CHOP CHOP! I am trying a new method of weed control. Boiling hot water over the ugly weeds. I have horrible grass growing in between the patio pavers and they have been next to impossible to get rid of. I can’t use weed killer because the pups eat the grass, pulling them up doesn’t work, so I am trying boiling water. It looks and smells like I am steaming veggies. Kinda makes me a bit hungry. Enjoy the free Kindle books, I’m gonna grab some lunch! 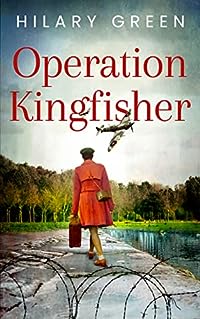 Occupied France is a dangerous place for Luke and Christine, especially when they are the children of a French mother and a British father.

Desperate to escape, the two teenagers embark on a perilous journey back to England to the safety of their grandparents.

But there are eyes everywhere.

Luke and Christine band together with fugitive Allied airmen, thinking they will keep them safe and help them on their treacherous journey.

But their new partnership could be putting them in more danger than they realize. Especially when there are hostile forces at work determined to scupper any plans to get the teenagers and airmen safely back to England.

With secret operations mounting against the enemy, there is one path which remains unguarded: a risky escape route via the canals.

Luke and Christine take refuge on a canal barge and find themselves immersed in the complex Operation Kingfisher.

Can two teenagers make it across occupied France in one piece? Or will betrayal put them and the lives of others at great risk? He was the one. I was sure of it… until he left me for the girl who hated me most. My cruel, conniving stepsister. She’d always wanted Drake and I didn’t know how she’d turned him against me, so I tried to move on with my life. I married the wrong guy, a jerk who only showed his true colors after the vows had been said, but he gave me the best kid in the world before walking out on us. Even though I was now a single mom with barely a penny to my name, being left for a second time didn’t hurt as badly as losing Drake.

She made her choice. It wasn’t me. So I poured my heart and soul into the one thing that has always been there for me: football. Pushing myself to my physical maximum, only stopping when I become the best. And my latest win confirms that I’m the best, everyone says. So I know what I have to do — propose to the girl who’s stayed by my side for the past decade. I’m not even sure I love her, but she’s earned her ring.

With him I was the belle of the ball. I was always the princess, not the girl who fades into the background. Now I have an incredible group of friends and family who support me, and of course my beautiful Lexie, but something is still missing. Someone. And I know who it is.

Ella was the one who made me feel alive. Her belief in me persuaded me that I could take on the world. But that was fifteen years ago. Things change, and I’ve convinced myself that we’ve closed the door on that chapter of life. Until I see her again.

Now the deliciously gorgeous football star, who’d moved away to win fame and fortune while I found only poverty and disgrace, is back home. Back in the small town where our story both began and ended. And when we see each other for the first time in fifteen years, he doesn’t even have the decency to have a danged shirt on. I didn’t know eight packs were possible.

The moment her big brown eyes meet mine, I realize that nothing has changed. My heart still beats faster. I still have an incredible urge to pull her into my arms.

But he’s home to marry my stepsister. Karla is completely wrong for him, and we both know it. But what can we do about it? The Old Boys: A chilling psychological thriller
by Mark Gillespie

Three men are kidnapped on the eve of their high school reunion and wake up trapped inside a remote cabin in the Scottish Highlands.

What comes next is the discovery that one of them is a killer.

But which one? Will anyone confess?

As a fierce snowstorm blows outside the cabin, the three men – Jay, Davie and Iain – work to uncover the connection between the kidnapping and their own troubled past. It’s a past that goes back twenty-five years. Back to when they were a gang of teenage bullies known as the Lads – a gang that delighted in torturing their classmates at every opportunity.

The kidnappers are waiting outside. But who are they?

After all these years, have the victims come back to turn the tables on the bullies?

The Old Boys is a dark psychological thriller about friendship and the deterioration of once seemingly unbreakable childhood bonds. It’s also a story of revenge and regret. If you love tense, claustrophobic thrillers packed full of mystery and suspense, you’ll love The Old Boys. From her childhood in a North Korean mountain village to a successful life in the United States, the years have brought Mae Adams many challenges. With the past full of ghosts, her final challenge is to share her story.
Rejected by a mother who did not want a second daughter, Mae grew up on the periphery of her aristocratic Korean family. Her loving step-grandma (a commoner) took care of her, allowing her to explore the joys and perils of their rural home. Mae describes her emergence into Korean culture, from her Japanese-style education to her most prized possession: her pair of silver chopsticks.
She endures her mother’s abuse, almost-tragic accidents, and her father’s funeral. But things would get much worse. At the end of World War II, Mae and her family flee to South Korea, while her grandma stays behind. Within five years the Korean War erupts, and again they spend several years as refugees before Mae came to the United States for a college education.
Her memoir delves into Korean history and the Japanese occupation, following Mae until her happy ending: marriage to a US Marine colonel and a family and career of her own.
Precious Silver Chopsticks is a wonderfully written memoir of a North Korean girl and her journey to America. A truly inspirational story that you will not want to miss. Scroll up and grab a copy of Precious Silver Chopsticks today. 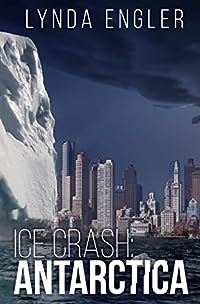 To come together, one family will have to survive a world coming apart.

A mother and scientist trapped in an earthquake-ravaged Antarctica. A daughter fleeing rising waters in Florida. A father and son escaping tidal waves in Boston.

When an earthquake sends the Thwaites glacier crashing into the ocean, the world begins a sudden, violent transformation. Kathryn, a seismologist wintering in Antarctica’s McMurdo base, must survive the crumbling continent after discovering unprecedented seismic activity. Meanwhile, her family struggles to escape raging tsunamis and violently rising global seas halfway across the world.

Can Kathryn and her family find their way back together when the earth itself revolts beneath their feet and the oceans between them expand?

Better than Onions. How to Enjoy Shallots.

In this book we focus on cooking with Shallots. The Easy Shallot Cookbook is a complete set of simple but very unique Shallot recipes. You will find that even though the recipes are simple, the tastes are quite amazing.

Here is a Preview of the Shallot Recipes You Will Learn:

• How to Stuffed Mushrooms

• How to Make Egg Salad