Why YES! My house IS always this clean. (The smell of bleach burning everyone’s eyes). I may have tidied up a little before you all came over for Thanksgiving dinner. (everyone slipping on the floors from the mass amount of Endust I used to make all the wood furniture shine). Please! Come in. Make yourself at home. (Me glaring at everyone knowing the first think they will do is unfloof my couch pillows). WELCOME! 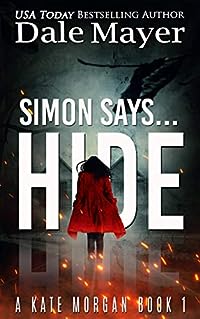 Newly promoted detective Kate Morgan stands up for the victims in the world, never backing down or giving up. From a family of victims, Kate will not tolerate those who take advantage of others. The worst ones prey on the hopes of desperate people to line their own pockets.

And when Kate finds a connection between more than a half-dozen cold cases to a recent case–where a child’s life is in jeopardy–she’ll make a deal with the devil himself to protect the child.

Having the gift of Sight, Simon St. Laurant knows that once he uses it, he can never walk away. But when nightmares of his own past are triggered, Simon can’t stand back. Determined to help, Simon vows to save these children–even if it means dealing with the cranky and critical Detective Kate Morgan. 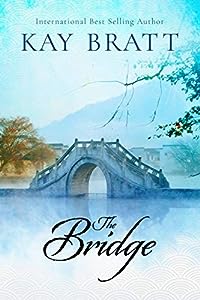 The Bridge
by Kay Bratt

From the bestselling author of The Scavenger’s Daughters comes a heart-warming novella-length story, inspired by real events set on a famous bridge where birth parents leave their children in the hopes of giving them a better future than they can provide. This story will leave you feeling the utmost warmth of compassion, and reaching for a box of tissue.

In present day China, an old woman’s house sits opposite an ancient bridge. Not just any bridge — but a special one because it has always been known as The Lucky Bridge. In olden days it was said that to walk over it during a marriage ceremony, or at the beginning of the New Year would bring the traveler good luck. Because of its reputation, over the years it has also become a popular place for young mothers to abandon their children. What to some may seem cruel is in reality their final gift to their offspring — one last chance to send them off to their new destinies with luck on their side. Jing, an old woman, is the unofficial and often reluctant guardian of the bridge. When no one else will, Jing steps in to prevent the children from frostbite, abuse and hunger, and then she delivers them safely to the orphanage. This has been her routine for many years, but what does Jing do when the latest child, a blind boy, burrows deep into her heart?

A Weapon of the Bourgeoisie
by David J. Oldman

Having spent his working life in the Intelligence Service delving into the secret lives of other people, Alex Maitland finds a certain irony in the fact that historian Michael Standing seems to have unearthed something hidden in Alex’s own life…
Bad enough that a family member appears to have been guilty of old, unspeakable crimes; worse is that when Standing is murdered, Alex himself falls under suspicion. Following what scanty clues Michael Standing left behind, it soon becomes clear that Alex is not the only one interested in the Maitland family’s past and that this past — even his own — is not what Alex had always supposed.

As he uncovers a story of betrayal and revenge Alex Maitland finds that Standing’s death is only the first…
Born into the austerity of post-war Britain, David J Oldman began writing in his early twenties. Frequently humorous, and often moving, his books are an examination of ordinary people caught up in life-changing events beyond their control. He presently lives with his wife in the New Forest in the south of England pursuing his deep interest in history, writers and writing. 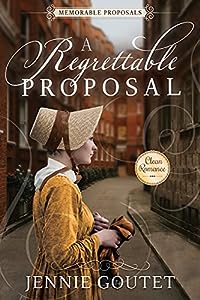 Orphaned at a young age, Eleanor wants nothing more than to settle in a home of her own. Stratford, having met once with betrayal, desires a woman who will be true. When a complicated inheritance forces them together, they little expect this to be the answer to their innermost desires.
Eleanor Daventry has come into money, but she cannot access her inheritance without a husband. Steadfast and independent, she would rather become a schoolmistress than take a husband she does not love.
Stratford Tunstall has just discovered his predecessor willed the estate’s unentailed land to Miss Daventry. Although cynical regarding love, the man recognizes a practical solution when he sees one. He and Miss Daventry must marry, and Stratford wastes no time in pressing his suit — with disastrous results.
In the face of such an insulting proposal, Eleanor flees to London where she lands unwittingly in the home of Stratford’s closest friends. Now thrown together constantly, Eleanor can’t help admiring his masterful apologies, never mind how often he must deliver them. Stratford concedes that, against all his predictions, Eleanor has no shortage of determined suitors.
When combined forces threaten Eleanor’s reputation, Stratford realizes it’s more than her land he cares about. Somehow, he’ll have to convince Eleanor that his coming to her rescue is a deed inspired by love. 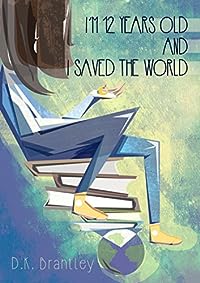 I’m 12 Years Old And I Saved The World
by D.K. Brantley

As if middle school isn’t hard enough, Dad loses his job and Mom and Dad’s marriage is on the rocks. Now it’s up to me to fix everything.

From the Publisher: Parents do their best to shield children from financial or relational hardships. But kids are smart. They notice when the people and things they depend upon begin to fall apart. And they often take on the hefty burden of putting their world back together.

I’m 12 Years Old And I Saved The World admits that life isn’t easy, and it doesn’t shy away from the fact that children hurt when their families hurt. The book’s goal is to comfort those whose family is struggling, while helping all readers become more empathetic. 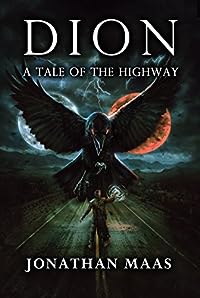