Happy Thanksgiving Everyone!!! Currently that is the only thought I have in my head. I spent so much time yesterday cooking and cleaning that when I woke up this morning I was sure I aged about 30 years. Nothing a hot bath can’t fix I’m sure. The house is ready and the food is cooked. I just need to reheat my portion of dinner, and the rest will come with the family. Is it strange that I am really excited about all the leftovers?? 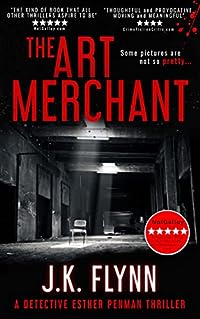 A murder in the suburbs. A hanging in the woods. The body count is rising, but the worst is still to come…
Detective Sergeant Esther Penman is a mess. She drinks too much. She sleeps around. And her chief inspector is threatening to kick her out of CID and send her back to uniform because he doesn’t like her ‘attitude’.

Luckily for Esther, if there’s one thing she’s good at, it’s solving cases…

When a woman is killed in one of Belfield’s wealthiest neighbourhoods, Esther quickly realises it is no straightforward homicide. The husband has an alibi, but he’s hiding something, and Esther is determined to find out what.

A few days later, a man is found hanging in nearby woodland, and Esther’s suspicions of a deeper conspiracy begin to grow. 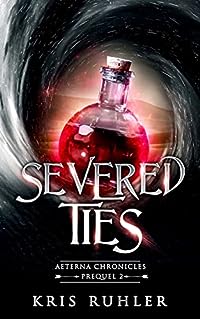 A scientist filled with doubts. A four-year-old facing death. A momentous journey to save her.

For Belor, life in Cerulis City provides a myriad of comforts: endless food, a nice and warm home, and his dream job. He has life all planned out.

But when four-year-old Saya is about to be executed, Belor makes an irreversible decision that upheaves his entire life.
Soon, the pair find themselves on the run, fighting for survival. Saya is no ordinary four-year-old. She is a half-Aeterna, a race of beings banned from Cerulis City.

Will Belor be able to keep Saya alive?

A story about integrity, choices, and struggles, Severed Ties is the second prequel to the Aeterna Chronicles. Follow Belor as he meets the two protagonists, Khara and Essie, before books 3 to 6. 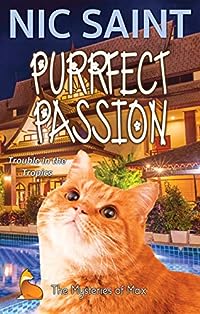 Purrfect Passion (The Mysteries of Max Book 23)
by Nic Saint

Trouble in the Tropics

There comes a time in every cat’s life when he feels he’s got it made. And it may surprise you that I was just such a cat. I had my sweet spot on the couch, I had my daily dose of kibble, I had my health, friends and the best human a cat can find. In other words: bliss. And of course that’s when tragedy struck in the form of Passion Island. The reality show didn’t just upset our lives by its sheer popularity, finding amongst its most avid fans the entire Poole family and its cats (minus myself, of course), but also because five of its contestants, all women, had recently gone missing.

So off Odelia went, to Thailand, undercover as one of the show’s contestants, along with Chase. And Odelia wouldn’t be Odelia if she didn’t insist Dooley and I tag along. I wasn’t happy about it, but what could I do? It’s hard to say no to the woman who pays for your kibble and provides a roof over your head. Soon we were up to our eyeballs in seducers and seductresses, mysterious scarfaced men spying on our human, and even a relationship crisis between Odelia and Chase that threatened to derail their upcoming nuptials. Good thing Gran and Scarlett were also there. Or was it? 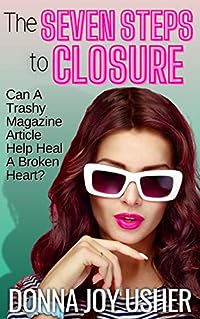 The Seven Steps to Closure
by Donna Joy Usher

Can A Trashy Magazine Article Help Heal A Broken Heart?

Tara Babcock awakes the morning after her 30th birthday with a hangover that could kill an elephant – and the knowledge she is still no closer to achieving closure on her marriage breakup. Things go from bad to worse when she discovers that, not only is her ex-husband engaged to her cousin – Tash, the woman he left her for – but that Jake is also running for Lord Mayor of Sydney.
Desperate to leave the destructive relationship behind and with nothing to lose, she decides – with encouragement from her three best friends – to follow the dubious advice from a magazine article, Closure in Seven Easy Steps.
The Seven Steps to Closure follows Tara on her sometimes disastrous – always hilarious – path to achieve the seemingly impossible. 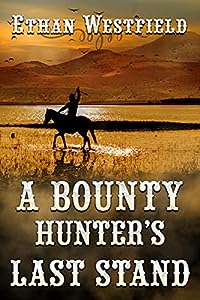 No one has ever doubted Alby Thornton is one of the most feared bounty hunters in East Texas. No matter how tough the situation is, he never fails to capture the most threatening criminals due to his impeccable skills. However, the road ahead of Alby will not always be as easy. When he least expects it, a devilish con man catches him off guard by using sick and cunning violence. In the blink of an eye, their encounter throws the bounty hunter into a tailspin that derails his life instantly. Will Alby manage to put his skills to good use in order to defeat the ruthless man?

Deeply traumatized by the events of that dreadful day, Alby chooses to disappear somewhere in the Texas wilderness. Nevertheless, the one person he leaves behind is Hattie, his beautiful fiancée, who is a singer at the Playhouse Saloon. After her dreams of a happy future with Alby are crushed, Hattie is more than devastated upon discovering his sudden disappearance. Then, as if things couldn’t possibly get any worse, he informs her that, for her own good, they are never going to meet again. Will Hattie be able to track down Alby, or will she have to accept that he is forever gone?

Alby finally finds a place to hide from the disaster that has become his life. As luck would have it, Hattie’s brother finds him and offers an epic quest that could turn everything around. Is the bounty hunter willing to shed some blood for the sake of his life and his fiancée? Or will he be condemned to a life filled with misery and hiding? 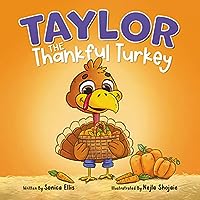 Taylor the Thankful Turkey is an easy-to-read children’s book about giving thanks and being grateful.
The goal of this book is to teach kids that being thankful is more than just being grateful for you have, but also showing others your appreciation. This helps to build self-esteem and confidence, and makes
you a positive and uplifting person.

After all, gratitude is the best attitude, and there is always something to be thankful for.

Taylor The Thankful Turkey is perfect for toddlers, preschoolers, and kindergarten age groups.