I told the baby bassets to gather all their change today so we could go to Coin-star. I told them to check EVERYTHING for change, including the couches. Then it occurred to me, my children have never checked the couches for change. That seems kinda strange to me. When I was growing up, couches were my main source of income. How else was I supposed to save up money for a Charleston Chew from the market? My boys explained to me that no one carries change anymore. I checked my pockets to prove them wrong. I had no change. Drat. When I got home I checked the couchs. Nothing. I feel like something that was once very precious has been lost. 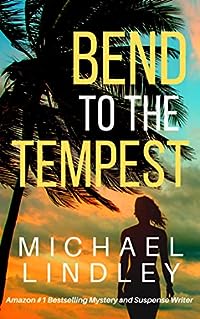 BEND TO THE TEMPEST: A romantic suspense saga set on the 1920’s Florida Gulf Coast.
by Michael Lindley

From Amazon #1 bestselling author Michael Lindley; an emotional story of love, betrayal and bitter compromise set in 1920’s Atlanta and a remote village on the northern Gulf Coast of Florida.

When a woman from his past makes a surprising return during his 85th birthday celebration in the remote village of Grayton Beach, Florida, Mathew Coulter reflects back on his early years, the heartbreak of lost loves, bitter memories of family betrayal and a young and gifted blind girl who would change the course of his life forever.

In 1918, Mathew lies recovering in a Paris hospital from a devastating wound in a battle in the French countryside. His nurse, Celeste, will not only tend his wounds but also capture his heart, but her ties to her local French village and a soldier still lost in the conflict of the Great War will be the first in his life’s most difficult choices.

Returning to his home in America during the tumultuous years of Prohibition, Mathew ultimately finds new love, but a bitter betrayal and his ruthless family’s ties to the liquor trade in 1920’s Atlanta force him to leave and seek refuge in a friend’s remote cottage in a small Florida beach town. He meets a young blind girl, Melanee Dalton, who will lead him on a journey that may be the final salvation for her wayward mother and Mathew’s own haunted soul.

The story of BEND TO THE TEMPEST plays out across the war-torn cities and villages of France during World War I, the homes of the wealthy and corrupt in Prohibition-era Atlanta, and the peaceful, yet dangerous shores of a breathtaking village on the Gulf Coast of Florida. 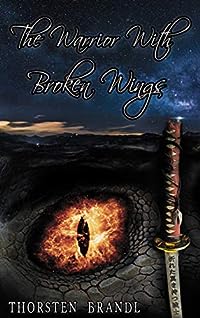 The Warrior With Broken Wings
by Thorsten Brandl

Thomas Knight is a professional photographer struggling to cope with the sudden death of his wife. Drawn into the heart of an ancient prophecy involving a legendary sword and a mysterious vintage camera, he suddenly finds himself transported to a medieval world beyond his imagination.

The last of the Verðldian kingdoms is about to be destroyed by an unspeakable evil, and if they fall, Earth will be next. With the fate of two worlds at stake, Thomas embarks upon a quest to oppose something believed to be unstoppable, guided only by a cryptic rhyme, a talking cat, a warrior princess, and her pop culture obsessed brother.

Fast paced and full of surprises and quirky characters, The Warrior With Broken Wings is an epic tale that will make you believe in magic, redemption, and the power of destiny. 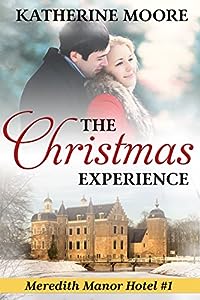 Christmas comes but once a year but this year, Meredith Manor Hotel in scenic Silver Birch, Washington, is celebrating the holiday almost a dozen different ways. Guests can choose their “experience” from a selection of themed celebrations filled with food and drink and love and laughter. (Yes, there are recipes.) *** When unemployed accountant Miranda Weston takes a temp job at the hotel her best friend’s family owns, she never dreams that her friend’s globe-trotting brother will show up to celebrate the holiday and complicate her life. Peter Meredith broke Miranda’s heart years ago and it’s still a little tender at the broken places. She’s not the lovestruck teenager she once was and he’s changed too, and as guests come and go and the staff works hard to deliver Christmas magic, the season works a little magic on them as well. But Miranda’s complicated relationship with the man who may just be the love of her life is only one of the storylines playing out among the hotel staff and the guests gathered for the various “Christmas Experiences” offered at the Meredith Manor Hotel. This is a short, cozy Christmas romance novel for fans of movies like Love, Actually and Valentine’s Day and the books of Katie Flynn, Trisha Ashley, and Cathy Kelly. The Christmas Experience celebrates love and family, and all the season means. The Christmas Experience is the first in a series of seasonal stories featuring a large, diverse, totally engaging cast of lovable characters who will have readers wishing Meredith Manor Hotel was an actual destination. 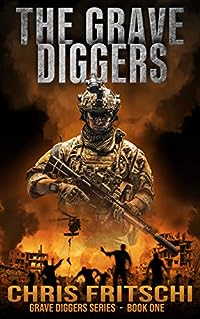 The Grave Diggers
by Chris Fritschi

From best selling author Chris Fritschi
World War Z meets Black Hawk Down in this wicked action thriller that will nail you to the edge of your seat.

Jack Tate and his rookie team of misfits fight the lethal undead to reclaim the infested no-man’s land that once was home.

When they unwittingly uncover a plot to overthrow the country, they become the target of a covert organization who will kill to keep their plans a secret.

Bullets rip past their heads as the Grave Diggers are caught in a deadly ambush. They thought the undead were enemy but now the real battle for survival has started.
The Grave Diggers are fighting for their country and their lives. Will their next move be their last?

You can follow the adventures of Tate and the Grave Diggers as a series, or as stand alone stories. 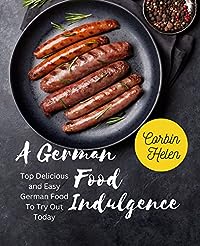 This cookbook includes:
Bring the flavors of Germany to your table with this collection of authentic German recipes containing all kinds of dishes!
This cookbook is loaded with recipes any German grandmother would proudly serve her family.
Discover preparation tips and shopping tricks and shortcuts for stocking your German kitchen and preparing age-old favorites in minutes, not hours.
These delicious dishes are easy in at least 1 of 4 ways by requiring only 1 pot, using 5 ingredients, taking 30 minutes to prepare, or being cook-free.
They must be healthy and both easy and quick to make. No ingredient here is hard to find. The most important things in this book are moderation, balance, and variety. 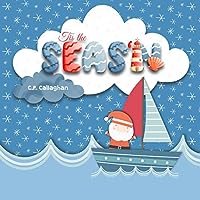 Tis the Seas’N
by C.P. Callaghan

This debut picture book by 17 year old high school senior C.P. Callaghan is a hilarious Christmas adventure, perfect for stocking stuffers! It was published with your little learner in mind, and even has a dyslexic friendly font for easier readability.

“Fun and engaging this book is perfect for your little learner!” Vea Lewis author of the Holiday Hollow Series.

Santa has a problem! It is the day after Christmas and he just realized that he missed a present. Without a sleigh, how will he find Mr. Seagull and give him his dose of Christmas cheer? The elves and Mrs. Claus remind him that he has a Christmas boat! Santa heads out on a nautical adventure to deliver the present.

The perfect nautical book for kids, funny stocking stuffer or Christmas gift for ages 4-8, this festive read aloud is loved by children, parents, and educators alike. 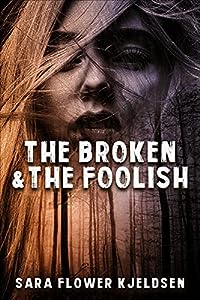 The Broken And The Foolish
by Sara Kjeldsen

Some outlaws kill for the rush.
Mary just wants to survive.
Fed up with the saloon life and her abusive boss, Mary flees in the middle of the night to travel the open road, nearly losing her life several times as she encounters bullies, seasoned outlaws, and natural predators. She also meets a few people – and animals – who make their mark on her heart in ways she never imagined.

There were many female outlaws who existed in America’s Old West. This is Mary’s story.