I hate ALL resealable bags. I hate the resealable bags that cheese comes in. I hate resealable bags for lunch meats like salami, and any other bag that says it’s easily resealable. THEY ARE NOT EASILY RESEALABLE! I try to reseal them, but all that happens is I get angry and start yelling unintelligible words. Not only do resealable bags make me angry, but without fail, hubby always just happens to walk by and he always catches me having a tantrum. He thinks it’s the funniest thing in the world. He doesn’t laugh though when he sees the mangled bags in the refrigerator with the meat or cheese going bad because I couldn’t reseal them. Why? Why are they so difficult? Jerks.

With the help of his friend, JR Diminski, retired FBI profiler Sean Kruger rescues a female graduate student after she is kidnapped from the university campus where he teaches. He finds the abduction too familiar. From 1999 through 2002 six female college students vanished, without a trace, from four different college campuses across the country. As the lead FBI investigator on those now cold cases, his failure to find the women and the person responsible still haunts him.

??? Is The Kidnapper Finally Within His Grasp?

When JR discovers a clue to the identity of the kidnapper, Kruger comes out of retirement to re-examine the abductions. His ensuing investigation will lead him down a dark trail: one of dark money and even darker passions.

Will Sean succeed or will the past repeat itself?

Tightly plotted with the trademark twists and turns of a J.C. Fields’ novel, The Cold Trail will keep you turning pages late into the night. 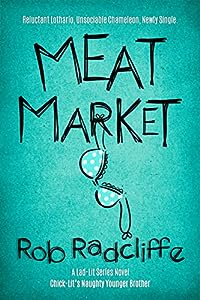 Reluctant Lothario, Unsociable Chameleon, Newly Single.
Left jobless, womanless, and even dogless, Greg finds himself at a crossroads in his life. Fortunately Greg’s best mate Stu has come to the rescue.
Now it’s Stu’s job to lead Greg down the path of enlightenment, where women swarm by their hundreds and will pay for Greg’s company. Welcome to the Meat Market, where everything has a price, even love. 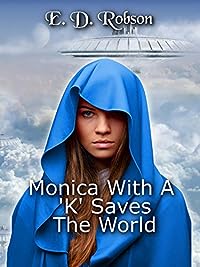 Monica with a ‘K’ saves the World (The Alien Librarian Book 1)
by E. D. Robson

What would you do if you were mistaken for a world famous blogger because of your name? A light-hearted humorous romantic science fiction story. Monika, a shy nervous assistant librarian in a small English town is given notice of her redundancy because of spending cuts. Shortly afterwards she wakes up naked in a dentist’s chair having been kidnapped by alien rodents disguised as Chinese dentists. After escaping in a stolen charity shop coat she gets arrested by a police officer whose sister bullied her at school and life goes downhill from there. 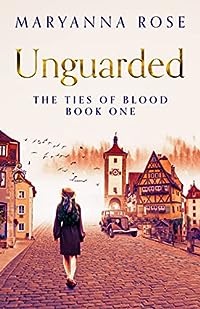 Unguarded (The Ties Of Blood Book 1)
by MaryAnna Rose

Lying to the SS and fleeing for her life, can one Jewish girl keep her secret from the Fatherland?

Germany, 1940. With laws getting harsher and rumors darker with each day, Lena Weisman knows her luck is running thin. But getting arrested comes without warning, and an hour later she finds herself shoved on a train with countless others.

But the train heads west, not east like the ominous rumors whispered. And the soldier who arrested her is watching her every move, which is far worse than the others simply drunk with power and ruled by their basest instincts.

When she gets a chance Lena runs from the train, but the soldier catches up. She agrees to his help, there’s little else she can do, but even after working together for months she can’t believe his intentions are as innocent as he says. He must have a reason for abandoning his whole life, but even if she believes him, can she trust him with her heart?

Then an unthinkable choice splits her path in two, when news from home demands she choose between the secret she’s fought so hard to protect, and her lifelong dream that’s finally within reach. The soldier gave up everything for her, can she risk her soul to save him in return?

Unguarded is the first book in The Ties of Blood historical romance series. If you like intense emotional journeys filled with heart-breaking goodbyes and impossible choices, you’ll love MaryAnna Rose’s series set in the tragic chaos of the Second World War. 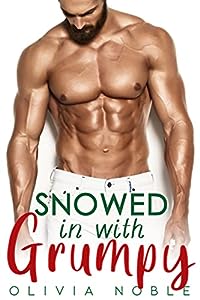 Snowed in with Grumpy (Silver Mountain)
by Olivia Noble

They say he’s so grumpy that he never speaks. He only growls.

I’m not intimidated. My boss sent me to deep backwoods Vermont to get Garland McGrumpypants — I mean McGuinty, to sell some of his lucrative landholdings on Silver Mountain. And I NEED this commission.
McGrumpy only likes kids, animals, and his giant axe… he definitely doesn’t like me.
When our meeting goes horribly wrong, and an avalanche causes my car to be nearly crushed under a pile of snow… I’m rescued by the massive hermit himself. No cell service, no road access, no escape. I am STUCK with Grumpy, and this Christmas couldn’t get any worse!

Her name is Ava, and she’s the unluckiest woman I’ve ever met. She spills every drink she touches all over herself, she trips over her shadow… and somehow, when she comes around, the whole mountain falls apart.
So why do I have a strange urge to protect her and take care of her?
Damn this crazy woman. She will be the death of me.

A sweet and steamy holiday romance with a guaranteed HEA! Slow burn, over the top, laugh out loud romantic comedy. 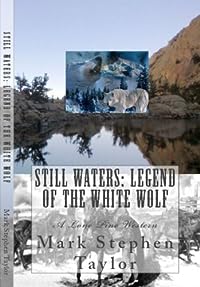 Welcome to another Lone Pine Western by award-winning author, Mark Stephen Taylor. STILL WATERS is a journey amidst the heartbeat of the High Sierra; Lone Pine California and Mount Whitney — the highest mountain in the contiguous U.S.A. This is a story of the great, white wolf, who in legend takes on the spirit of a Native American man and seeks to protect both the animals and the people of 1874 Lone Pine. Within this writing a memorable cast of characters come to life, whose individual lives are changed for the better through their confrontation and association with the legendary white wolf. Journey with them now to the Still Waters of Serrano Ridge — your own life may turn out to be much richer for it.