The Earthrise Series by Daniel Arenson 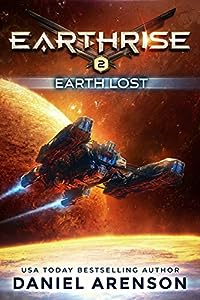 We call them the scum. They came from deep space. Creatures of claws and endless malice, they ravage the world.

As the war flares, as cities crumble, Private Marco Emery and his platoon blast into space. They won one battle on Earth. Their next battle must be fought in the darkness.

The scum will not rest until the last human is dead. Marco and his friends must defeat them. They must win. Or Earth will fall. 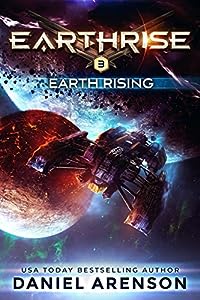 Our cities fall. Millions die. The scum, these cruel aliens from deep space, are determined to kill us all.

So we must kill them.

Humanity musters its greatest fleet. Thousands of starships rally. Millions of soldiers deploy. For Earth to stand a chance, we must invade the aliens’ homeworld. We must destroy their planet.

Before they destroy ours.

Earth’s fleet flies through space. We fly toward millions of enemy ships. We fly to almost certain death. This will be the hour humanity falls… or the hour of our greatest victory.

They emerge from shadows. Hungry for flesh, they scurry forth. They are the marauders, the galaxy’s deadliest predators.

And they crave Earth.

Five years ago, we won our first galactic war. We defeated the scum, a race of alien centipedes. But the marauders are stronger, smarter, and crueler by far. And they will show us no mercy.

Marco Emery, hero of the last war, struggles today as a civilian. Shell shock cripples him. Nightmares haunt him. Yet now he must become a soldier again. Now his old platoon must reunite. Together, they must defeat the greatest threat Earth has ever known.

Or humanity will fall. 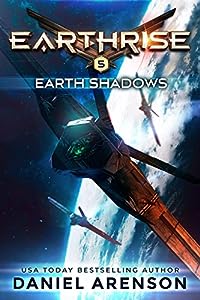 The marauders, terrors from deep space, hit us hard.

Our starships shattered. Our armies collapsed. Our cities crumbled.

As Earth smolders, the marauders imprison us in camps. They farm us like cattle. They torture us for sport. Earth weeps.

But there is hope.

The Ghost Fleet, an ancient alien armada, might still exist in deep space. In a single starship, Sergeant Marco Emery and his friends seek this mythical fleet. They must find it. They must return with its might.

Or the marauders will kill us all.