It Was A Good Day!

Yesterday was just about the best Saturday ever. It started out kinda sad that our plans to Tahoe were canceled due to the only two highways in to Tahoe had huge mudslides, closing down all lanes. Hubby thought with the sun shining it would be the perfect day to build my raised garden  boxes. So he did, and they are done and in the garden right now as we speak! FILLED WITH DIRT! The magic of the sunshine made it possible for my garden boxes to be built in one day! Can you imagine the possibilities? I can’t go back to rainy winter… I CAN’T! I WON’T! It was adorable to watch my baby bassets help their daddy build the boxes. People driving by even slowed down to watch. That was a little creepy…move along people. My baby bassets used the saws, and still have all their cute little fingers. It was a good day! You can see pictures of the garden boxes being built and the finished product on my Pinterest page titled In the Garden by clicking here. 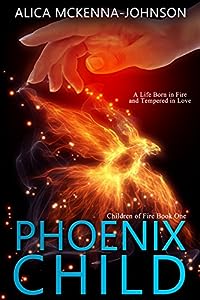 Phoenix Child: Book One of the Children of Fire Series
by Alica McKenna-Johnson, Kilian Metcalf

There should be a law, a Universal Rule, as to how much weirdness can happen to a person.

Fifteen-year-old Sara walks into the San Francisco Center for the Circus Arts determined to ignore the freaky things happening to her. As powers she doesn’t want and can’t control overwhelm her, Sara must decide if she can trust the strangers who say they are her family… descended from a common ancestor four thousand years ago.

Sara clings to her contented and well-planned life as a foster kid, successfully working the system, as dreams, powers, and magical creatures drag her towards her destiny. When the ancient evil that killed her parents comes to San Francisco, Sara is forced to choose between her fears and her desire to protect those she loves.

Sometimes great things are thrust upon us. Sara wishes this supposed “greatness” didn’t include a new name, unicorns, and catching on fire. 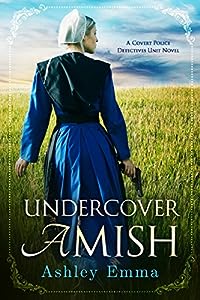 “Ashley Emma clearly did extensive research on the subject and portrayed this group in a compassionate, thoughtful manner. Couple her careful handling of this society with her compelling characters and heart-racing plot, and you’ve got a real winner!”
-Staci Troilo, author

Detective Olivia Mast would rather run through gunfire than return to her former Amish community in Unity, Maine, where she killed her abusive husband in self-defense.

Since the community will not pursue justice or answer questions from the police, Olivia begrudgingly dons her old prayer kapp and covertly investigates a murder there while protecting the man she dated as a teen: Isaac Troyer, a potential target. The handsome and quirky cabinet maker falls in love with her once again, unaware that she carries a 9mm under her skirt. After another murder, some deadly pranks and a kidnapping, Olivia realizes she needs Isaac’s help most of all.
When Olivia tells Isaac she is a detective, will he be willing to break Amish rules to help her arrest the killer?
Olivia values one important rule over all others: never let emotions, especially love, get in the way of the job. But as the body count rises and she starts falling for Isaac again, she might just end up breaking her own rule. 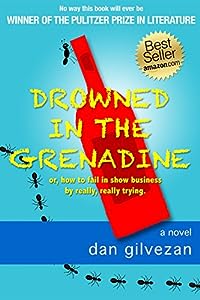 Drowned in the Grenadine: or, how to fail in show business by really, really trying.
by Dan Gilvezan

Fancy cars, a loving wife, a designer home in the Hollywood Hills. Nathan Lindeman had it all, lost it all, and now he’s desperate to get it back. They say there are no second acts in show business, but they just may be wrong. There’s a new TV series being cast that’s virtually guaranteed to be a success, and Nathan has a shot at snagging one of the lead roles. If, that is, he can survive the perils and pitfalls that threaten to derail him along the way. Follow along on Nathan’s journey, as he deals with teenage casting directors, soulless network execs, ego-maniacal fellow performers, hucksters and thieves; a cast of characters so bizarre and otherworldly they could only be based in reality. By turns, funny, sad, heartbreaking and heartfelt, Drowned in the Grenadine explores America’s fascination with celebrity, the nature of success and what it means to be both a father and a son. 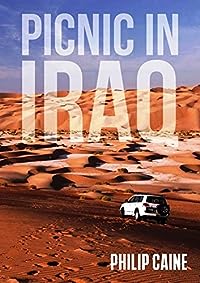 PICNIC IN IRAQ
by PHILIP CAINE

A close-knit group of friends find an Iraqi map. They are joined by a glamorous war correspondent and travel the length of Iraq, following the original Knights Templar route; in search of a treasure of unimaginable wealth. Encounters with the American security forces, Iraqi bandits and Islamic State, do not deter them from their quest. From the desperate city of Baghdad, they follow the Tigris River south, through the searing heat of the Iraqi desert and into Kuwait. Their journey culminates on the fabulously opulent Orel Island in the Arabian Gulf. 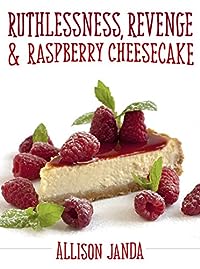 Marian Moyer has led a perfectly ordinary life since turning 30. Her business is thriving, her relationships are solid, and her steady boyfriend is hotter than a 90’s heartthrob.

But when Marian is dragged to a party held in the home of suspected mob boss Jose Suarez, what should have been just an excruciating evening of small talk turns into a night she’ll never forget – and not in a good way.

After a mysterious woman appears at the party and confesses a mind-blowing connection to Mika, Marian is forced to question everything she thought that she knew. All of this, while she attempts to stay one step ahead of a cold-blooded killer, adds up to Marian’s most explosive mystery yet!