BE MY FRIEND NOW!

The guinea pigs have finally arrived! Wow… they are so small and mostly head. They are only about four or five weeks old, two boys, not brothers, and their names are Coco and Henry. I have been trying to take clear pictures of them, but they will not sit still and their very dark fur makes it next to impossible to take a picture that doesn’t look like a black blob. My baby bassets are in love. I knew they piggies needed a break from all the traveling, but trying to tell two kids they can’t hold the baby guinea pigs they have been waiting so long for is impossible. Right now I can hear them squeaking happily in their cage, and by the all the poop I see in their cage, they had quite a time exploring. I will post pictures as soon as I can get a clear one. 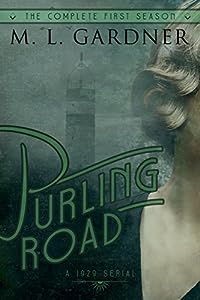 After the terrible accident that nearly claimed his friend’s life, Caleb quits the fishing business and returns to his farm, disrupting Jonathan’s plans for growth. Though the men must continue on without him, tension remains between the friends.

The strain intensifies when a chance encounter with the new sheriff of Rockport sends chills down Caleb’s spine. What is it about Sheriff William that unsettles them all? David’s return to Rockport lands him in the wrong place at the wrong time, but it may just be perfect timing for someone else in need.

A handsome stranger catches the eye of the adorable and frantic Muzzy Brown. What are his intentions in town, and will she slow down long enough to find out? A family secret is discovered in Jonathan’s attic, leading him to question everything he knew about his past.

More secrets from the past are revealed, complicating the group’s lives even further. Aryl is tempted by old demons. Jean’s birth mother’s reputation becomes a source of pain for Jean. The tension between Jonathan and Caleb finally comes to a head.

Will they forgive each other, or will they go their separate ways for good?

Keep up with the characters of 1929 by following them through ten episodes of Purling Road, A 1929 Serial. 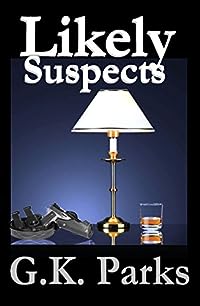 A skittish former federal agent… An eccentric, playboy CEO… A conspiracy with deadly ramifications…
Leaving the Office of International Operations seemed like a great way to avoid bureaucratic hassles, red-tape, and murderous psychopaths. Unfortunately, things don’t always work out the way they should.

Meet Alexis Parker, former OIO operative, currently trying to make a name for herself in the private sector. With a limited job history, the state of the economy, and her own internal struggle concerning her competence as an investigator, Alex is forced to take the only job she is offered.

Enter eccentric, playboy, CEO James Martin. Martin Technologies is a multi-million dollar corporation that James Martin has nurtured from the ground up with his workaholic tendencies. But now that Mr. Martin’s life is being threatened, what’s a guy to do besides hire an attractive, feisty, former federal agent to be his new security consultant and personal bodyguard.

As Alex attempts to navigate the minefield of potential suspects, she gradually begins to uncover an underlying conspiracy that has been brewing at Martin Technologies for almost half a decade. Anyone could be involved, making all of Martin’s closest friends, acquaintances, and employees possible suspects. What starts out as a single death threat quickly morphs into a plot to overtake his entire company. Once the pieces start to fall into place, things begin to explode, both literally and figuratively for Alex, as the physical danger looms ever more menacingly overhead. This outwardly simple case quickly becomes something neither Alex nor Martin ever imagined as the situation continues to escalate rapidly out of control. It will take all of Alex’s training and instincts to be able to track down the criminal mastermind and stop the assassination plot before it’s too late.

Likely Suspects is a witty page-turner, containing sharp dialogue, three-dimensional characters, and nonstop action that will keep readers intrigued until the very end. 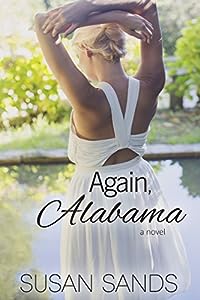 Cammie Laroux is back in Alabama — again.

Dragged back to her small town to help her mother recover from surgery while rescuing the family event planning business should be a cinch. Even for a disgraced television chef, right? Wrong.

Among the many secrets Cammie’s family’s been hiding is the fact that their historic home is falling down. Oh, and the man hired to restore the house, Grey Harrison, is the same high school and college love of her life who thrashed her heart and dreams ten years ago. Yeah, that guy.

Grey, a widower with a young daughter, has never stopped loving Cammie, and when they are face to face once again, the chemistry is off the charts. Cammie may be in full-blown denial, but letting go is no longer in Grey’s vocabulary, even when winning Cammie’s forgiveness and renovating their love may seem like an impossible build even for a master architect and carpenter. 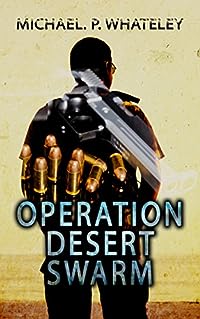 A plane crash explodes into a desperate fight to save the world from a deadly secret weapon. As ex-army man Steven struggles to understand the mystery of its destructive power, he is locked into clearing the smears ruining the life of an old friend. And the one true love in his life. Was that a lie? Are his skills still strong enough to defeat the greatest enemy he’s ever yet had to face and reveal the truth hidden in the murky depths? 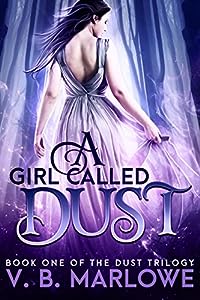 A Girl Called Dust: Book One of the Dust Trilogy
by V.B. Marlowe

Arden Moss is used to being invisible. The kids at her high school call her Dust — something that no one pays attention to, that doesn’t matter. Then one impossible moment changes her life. When a boy named Fletcher gets hit by a speeding bus, she runs to help him, only to discover that he’s unscathed. He tells her it’s because he’s not entirely human… just like her.

It makes a strange kind of sense. Arden has no memories of where she goes at night, only that she has insatiable urges. Then bodies start turning up in the woods near Arden’s home, bodies that have been torn apart by someone… or something. A mysterious group called the Givers is on the hunt for the killer, and they have their sights set on Arden.

On the run from the Givers, Arden discovers something dark lurking in the shadows of the school. Finding the real killer is the only way to save her life. With Fletcher’s help, Arden races to prove that she isn’t responsible for the bloody deaths in the woods, but how can she be sure she’s innocent?