Junebug is not much of a barker. I am pretty delighted by this, but I realized I really didn’t know what her little voice sounded like. Last night while I was eating a chicken sandwich, and not sharing, I got a sample of her full range. Oddly enough, she has a bit of a raspy voice. Maybe it’s because she doesn’t talk much. She gave me a true Care Bear Stare and a full what-for for not sharing with her. She looked pretty mad, and the fact that she is so small, and can only jump to my knee, makes it all the worse for her. After about five minutes she still had not barked a regular bark. I gave her a little treat for all her effort, but I worry now that the other puppies at training class tonight might make fun of her. 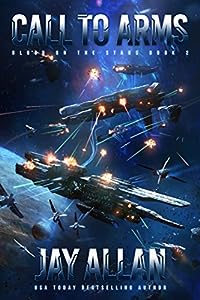 Call to Arms: Blood on the Stars II

War. The word spreads throughout the Confederation… the long-expected Union invasion has come. The enemy is strong, their fleets larger and more powerful than intelligence reports had predicted. They have broken through the forward defenses, sent the Confederation’s proud fleets into an ignominious retreat.

Captain Tyler Barron and the crew of the battleship Dauntless are lightyears from the front lines, at Archellia, waiting for their damaged battleship to be repaired. Their ship is only just operational, but there is no time. The Confederation forces need every reinforcement they can get, and Barron and his survivors board their vessel… and rush to the battle lines.

When they get there, they encounter nothing but fleeing ships and shattered fleets. The Confederation is losing the war, falling back steadily, yielding system after system to the invaders. The Union fleets continue inexorably forward, seemingly immune to the supply constraints that have bogged down past invasions. Dauntless finds herself trapped, cut off from the rest of the fleet along with another Confed battleship, and a trio of small escort vessels… deep behind the rapidly moving front lines.

Barron must make a choice. Pull back, try to find a way to get around the enemy and rejoin the fleet. Or press on, strike deep behind the enemy advance, an almost suicidal thrust toward the Union’s main logistical supply base… and the one way Tyler Barron can think of to buy the fleet the time it needs to regroup. To survive. 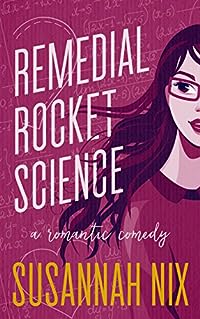 Rocket science is no problem. Falling in love, on the other hand…

College student Melody Gage is craving a night of no-strings fun when she meets charming out-of-towner Jeremy, and that’s exactly what she gets. Until three years later, when Melody relocates to Los Angeles and finds herself thrust back into Jeremy’s orbit.

Not only does her hunky one-night stand work at the same aerospace company where she’s just started her dream job, he’s the CEO’s son. Jeremy’s got a girlfriend and a reputation as a bad boy, so Melody resolves to keep her distance. Despite her good intentions, a series of awkward circumstances — including an embarrassing crying jag, a latte vs. computer catastrophe, and an emergency fake date — throw her together with the heavenly-smelling paragon of hotness.

As the billionaire playboy and nerdy IT girl forge an unlikely friendship, Melody’s attraction to Jeremy grows deeper than she’s ready to admit. How much will she risk for a shot at her happy ending? 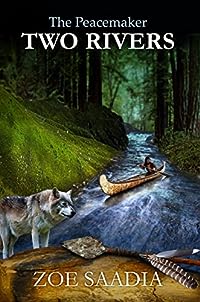 Having survived the failed raid on the enemy lands, Tekeni had no illusions. He was nothing but an enemy cub, adopted into one of the clans, but not accepted, never for real. To fit in was difficult, to run away – impossible. To get into trouble, more often than not, was the only available option. They did not expect anything else from him, anyway.

However, when a meaningless row during a ballgame grew out of proportion, resulting in a fight, Tekeni has found himself in a truly grave trouble. Neither he nor anyone else could have foreseen the chain of events the consequences of this fight would release, when the highly esteemed but controversial Two Rivers decided to help Tekeni out.

Two Rivers was a strange person with unacceptable notions and ideas. He maintained that to war on and on was a mistake of disastrous consequences. He went as far as suggesting a negotiation of peace with some of the neighboring nations. Even Tekeni, the despised enemy, thought such ideas to be far-fetched and wild. And yet…

With their trouble mounting and the revengefulness of some people around them growing, both Tekeni and Two Rivers find themselves pushed beyond limits. 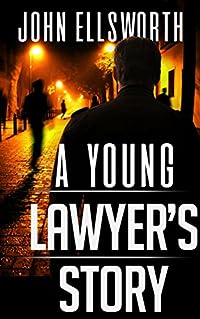 What if your boss wanted you to spy… on the U.S. government?

There is no job description and the job isn’t advertised anywhere, not even on the Job Board at Georgetown Law. But Thaddeus Murfee just graduated from law school and has $200 left from his student loan. He is so broke he has to borrow his roommate’s suit for his first job interview. While he is so desperate to earn rent and food money, he fails to nail down exactly what it is he’ll be doing.

They tell him a U.S. Attorney is selling government secrets… But is he, really?

Thaddeus Murfee likes his new boss, the U.S. Attorney. Good things happen and gifts flow his way. What’s not to like? The government lawyer even has a daughter he wants Thaddeus to meet. Were the people who hired him just totally wrong about the guy selling government secrets? What proof do they actually have of this serious accusation?

Meet the foreign agents who will pay top dollar for U.S. war plans… 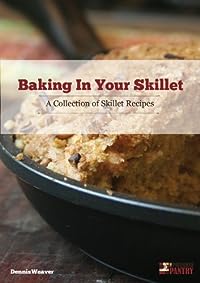 Baking in Your Skillet: A Collection of Skillet Recipes
by Dennis Weaver

This is not your ordinary e-book!

Find recipes and tips all about baking in your skillet! You’ll see unique recipes for cornbread, coffeecakes, cobblers, and more!