Melt Into You & Chocolate

Tomorrow is Halloween and I haven’t really planned out what kind of food I want to serve. We are keeping it easy having pizza, but I want to also add some fun snacks to give it that extra oomph of Halloween spirit. For example a pumpkin throwing up guacamole. That looked pretty cute. Only a pumpkin can look cute throwing up. I can’t even say a bunny would look cute doing that, and bunnies are super ultra cute. With my spiffy new chocolate melter I should be able to come up with some awesome treats. I’m just going to start melting away and see where the day takes me. 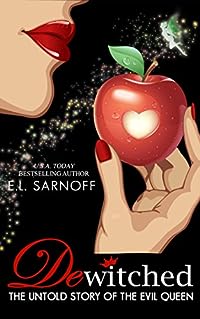 Dewitched: The Untold Story of the Evil Queen
by E. L. Sarnoff

After serving time for Snow White’s attempted murder, the Evil Queen is about to get a makeover. Just not the kind she expected. Thinking she’s being sent to a luxurious spa that will enable her to restore her beauty and recapture her title, Fairest of All, Jane Yvel instead finds herself at Faraway, a rehab center that caters to Fairytalelanders addicted to evil.

Upon confronting her love-hate relationship with her magic mirror and the demons of her past, she is sent back to the world of happily-ever-after. Her goal: to discover the true meaning of beauty. Her assignment: to work for Marcella, a demanding Princess-In-Waiting. Jane finds herself irresistibly drawn to Marcella’s dashing fiancé, Prince Gallant, and his exquisite seven-year old daughter, Calla Rose. Will the Evil Queen who had no heart end up with a heart that’s broken?

Wickedly funny, darkly shocking, and deeply moving, DEWITCHED unravels the Snow White story as we know it and will make you see the evil legend in a new light as she rewrites her life. 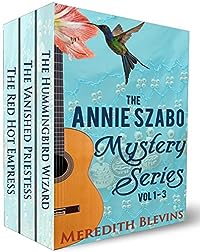 An Amazon Bestseller, and one of the most original detective duos in fiction: A freelance journalist and her Gypsy mother-in-law! Publisher’s Weekly said: “Fascinating gypsy lore, unforgettable characters and a wicked sense of humor… ” A dash of the paranormal too.

Meredith Blevins’s entire 3-book Annie Szabo Mystery series — two of which were Library Journal’s TOP FIVE picks in two successive years are together. Irresistible!Freelance journalist Annie Szabo has a way of attracting… unusual experiences. Together with her pushy mother-in-law Madame Mina, the combination is as combustible as a Gypsy funeral. These two are as funny as they are clever, and their hilariously querulous relationship is the real fun of the supernatural cozy series.

Once you marry into a Gypsy clan, just try to get out! Annie Szabo loved her husband, but after his death, she was only too happy to leave his outrageous clan behind, especially Madame Mina, tarot reader, psychic advisor, and philosopher – with her signature accessories: a man (or two) and her red pumps.

Some might call them madcap, zany, eccentric; but really one word says it all: Gypsy. Well, that, and juicy: pulsing with the rhythms – and juices – of life, birth, and death, with the California wine country wind in your hair.

When her oldest friend and former brother-in-law, Jerry, turns up dead, Annie’s plunged back into the family she tried to leave behind. Annie knows Jerry’s murder was not the random street robbery the police believe it to be, but how is she supposed to prove it?

As Annie turns amateur detective, THE HUMMINGBIRD WIZARD turns sexy. Truth to tell, it’s probably one of the sexiest mysteries you’re ever going to read, but not because it’s explicit–there’s just something about that… wizard. Lawyers, criminals, kink, aerial artistry, magic, and more murder mysteries, coupled with Blevins’s trademark humor, make for a delicious — and very funny– supernatural cozy, with a healthy dose of romance.

Annie is heartbroken when her neighbor and good friend, Margo Spanger, the owner-operator of a New Age circus that helps support a home for abused women, is murdered. She’s also frightened — her own daughter is an abused wife who’s a resident of Margo’s project. Along with Annie’s grandson.

The plot thickens as quickly as a roux– Margo’s partner, Lili, goes missing the day of Margo’s death, causing the shelter to fall into disarray, thus threatening its residents, and the detective team of Annie and Madame Mina swings into action!

Nudged by her Gypsy mother-in-law, Madame Mina, freelance journalist Annie Szabo writes an article about Jimmy Qi, an Asian boy with the power to heal through music, which is right down the Szabos’ paranormal alley. But their good intentions soon put the youngster in danger. Everyone, it seems, wants a piece of the rising star of San Francisco’s Chinatown — including a shady evangelist, the FBI, the tongs, and a man who talks to dolphins. After two suspicious deaths, Annie and Jimmy go on the lam, not knowing whom to trust or why.

THE RED HOT EMPRESS is a meditation on staying alive in the most electric sense of the word, taking us deep into the tender hearts of two loving families.

“We are tribal, all of us. We’re not floating in this soup called life alone.” -Madame Mina 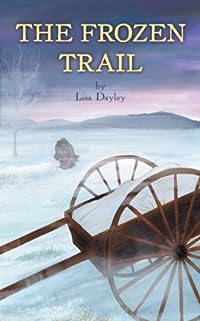 The Frozen Trail
by Lisa Dayley

THE FROZEN TRAIL is a novella set in the American West. It is written in a simple, clear style, making it suitable for younger readers as well as adults.

In 1856 the Mormon pioneers trekked across the Great Plains in wagon trains and pulling handcarts to find a new home safe from persecution. This is the story of one 18-year-old young woman, Emma Girdlestone of the Willie Handcart Company, who faced starvation, frostbite, and death so she and her family could join their fellow Latter-day Saints in the Salt Lake Valley. This work of historical fiction is dedicated to the members of the Willie Handcart Company. These courageous pioneers displayed commitment and heroism in the face of unbelievably harsh and brutal conditions while en route to Zion. It is especially dedicated to Willie Handcart member, Emma Girdlestone, who left behind a legacy of bravery, fortitude, and faith; and who, 155 years later, managed to change the life of her great-great-granddaughter Lisa Dayley, the author of this book. 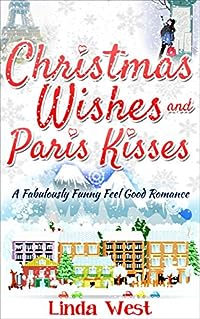 Kat works as a waitress on Kissing Bridge Mountain where everyone is obsessed with Christmas and happily ever after. She is a ton of fun, especially since she’s gained thirty pounds after her longterm boyfriend left on his internship. Between trying to dupe her boyfriend into marrying her, and hiding her true self on Skype, Kat laments her lack of passion and drive. Kat O’Hara is an author that can’t write. Her excuse for why she is not finishing her opus, is because she needs to visit Paris first, so the ending of her book which is set there, can then be authentic. It’s a perfect excuse for the girl that lives in denial.
When Kat agrees to teach the Adult School Diet Class,despite the fact that she herself is thirty pounds overweight, she meets an international visitor from India that challenges her way of life. Together they form a pact to lose the weight they each want to lose to achieve their goals.
Kat is a super funny, easy going white trash girl. She is also slightly mentally challenged and a heck of a beer drinker.
Raj is a blue blood aristocrat snob fleeing the bonds of his responsibilities in India, and his arranged marriage to a woman he barely knows.
Along the way the unlikely couple forms an undeniable bond that connects them against all odds.
When Kat’s love life breaks apart, she learns that sometimes the things you are looking for are not always where you think. 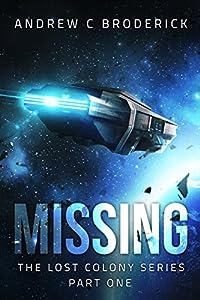 100 people in peril, and John can’t even get his head straight

John Rees is a brilliant, but deeply troubled, space engineer. He lied his way into the astronaut corps. He was due to fly on the starship Hercules–the next mission to the star Constantine–until the crew of the first ship, the Atlas, vanished.
John watches from the sidelines as the Hercules is rushed into service–and he is cut from the crew. Desperate to redeem himself for his treacherous past, he must watch from the sidelines as the ship–and any chance to help–slips away. Is there any hope for either John or the lost colonists?