I think I am more excited about Spring Break than my baby bassets are. I still haven’t recovered from the time change. Talking with the other parents, they have some pretty awesome plans for their kids next week. Visiting museums, going to the aquarium, awesome educational camps. My big plan was for all of us to wear the same pajamas all day, all week, and not create any laundry. Maybe I will wash those pajamas on Wednesday or something. Dunno, will see where the mood takes me. 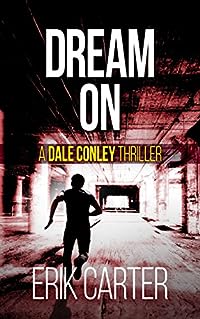 A brutal killer. A shocking theory. And a growing death count.

Special Agent Dale Conley is going out of his mind. He wants to catch this murderer so bad it hurts — because he’s never seen such gruesome crime scenes…

As a serial killer continues his vicious slayings, Dale scrambles to uncover the connection between the victims. Dale discovers that the deaths are related to a controversial theory, one so astonishing that it threatens to undermine the foundations of society. If Dale is going to stop the bloodshed, he’ll have to confront not only a ruthless enemy but also explosive ideas that could tear the world apart.

Dream On is the second book in the Dale Conley Action Thrillers Series.

If you like fast-paced action, sinister conspiracies, and loads of humor, then you’ll love this page-turning series, perfect for readers of Lee Child and Dan Brown and for fans of Indiana Jones and James Bond movies.

Unlock Dream On to begin the Dale Conley adventure today! 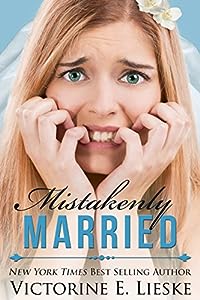 Penny’s gotten herself into another one of her crazy messes. She’s broke and about to be evicted. When her online boyfriend suggests they elope, she agrees. Why not? She loves him, even though she hasn’t met him, so she blows the last of her cash on a fun Las Vegas wedding. Except, William stands her up and the limo driver picks up the wrong guy. A smokin’ hot wrong guy. Too bad she doesn’t find out who he really is until after the wedding.

Harrison Williams needs a wife to gain access to his trust fund account. He goes to Las Vegas to meet someone, but there’s a mix up and he ends up at the Chapel-O-Love exchanging vows with Penny, a spirited girl in a cheap veil. When they realize the mistake, he convinces her to go back to Bel Air with him to prove that he’s married, and he agrees to pretend to be William so her family doesn’t have to know about her big mistake. Sounds like a good plan. What could go wrong? 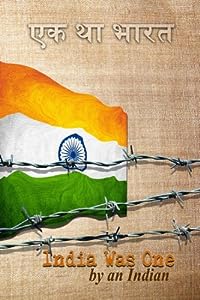 India Was One
by An Indian, Darshini

… Suddenly, he saw something shiny at the bottom of the abyss. He squinted his eyes to see what it was. He ran back to his binoculars and turned them to see what it was. Sharp barbed wires that separated the two mountains came into focus. He had come as far as he could in his country. But she was standing in another country.

He was in South India and she was in North India…

Have you ever imagined India being divided into two countries? What happens to the millions of Indians who are from South India but are now residing in North India? Kaahi & Jai were two such people who got trapped in this situation. Everything was going smoothly for them and suddenly, their world turned upside down.

How will they get together? Will India become one again?

Take an exciting journey with them from their college days in Mumbai to their life in the US and back to India when they find out that India is divided. 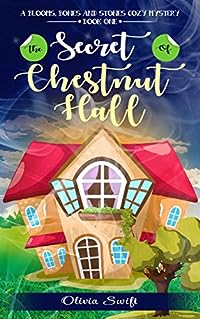 The Secret of Chestnut Hall (A Blooms, Bones and Stones Cozy Mystery – Book One)
by Olivia Swift, Sandy Chance

A contract to restore an old garden and a handsome client… what more could a girl ask for? Well, a good mystery of course!
Jasmine Summer – or ‘Jazz” as her friends and family call her, takes on a contract to restore an intriguing old garden for her client, Evan Sutherland.
Evan – He’s quite a famous mountaineer who is trying to leave behind a shattered life and an ex-wife that almost ruined him.
Chestnut Hall – Evan’s house and garden have a mysterious past that intrigues Jazz and Evan. The discovery of a secret grotto leads them both into situations that they would never have dreamed about… and into unforeseen dangers.
Will Evan be able to leave his past behind? What dangers lie within the grotto? Will there be a happy ending for Jazz and Evan? 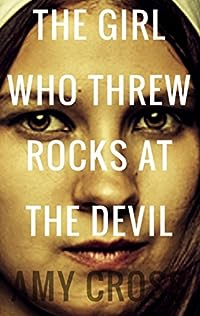 The Girl Who Threw Rocks at the Devil
by Amy Cross

“Please bury her. We cannot wait another night. Bury her so that this nightmare can finally end!”

In a world gripped by fears of an impending apocalypse, Brother Barnard begins to fear that he has made a terrible mistake. The dead woman’s grave is quickly torn open, and strange noises begin to plague the abbey. A witch-hunter is in the area, searching for a woman of great evil. By the time he realizes the truth, however, Brother Barnard might be powerless in the face of a terrible power.

The Girl Who Threw Rocks at the Devil is a horror story about a man who comes face to face with pure evil, about a woman who struggles to contain her demons, and about a little girl who once made a terrible mistake.