Three Kayaks For Me

I was finally successful in nagging my poor hubby enough for him to do a bit of digging in the back yard, and then the rain came. OH BOY did it come. He was able to dig the entire trench needed to fill with cement to prevent the neighbors tree roots from coming over to our side and pushing up the pavers in the backyard, but only had enough time to fill half of it cement. He had planned on finishing the job this weekend, but even I have enough of a soul to not make him work in the water filled lake we now have back there. A few weeks ago I was worried about a drought, now not so much. I made a mental note the other day that my neighbor has a few kayaks just in case we need them for an escape 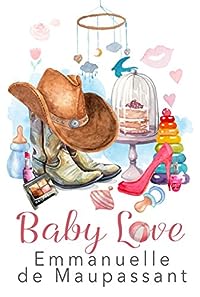 Valentine’s Day is approaching and heavily pregnant Delphine should be anticipating some cozy canoodling. However, her rat-fink husband has packed his bags and abandoned her for the charms of their sexy neighbour. Delphine’s sisters insist that the best remedy for a broken heart is a dose of pampering. Cue a spa break, where handsome Texan Jack and suave Marco await.
Will there be more in store for Delphine than a hot stone massage and a spell in the Jacuzzi?
A romantic comedy from Emmanuelle de Maupassant, set in British Cornwall. 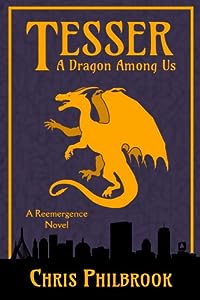 Tesser: A Dragon Among Us (A Reemergence Novel Book 1)
by Chris Philbrook

From the creator of Elmoryn, and the author of the smash hit horror epic Adrian’s Undead Diary…
Welcome to Tesser: A Dragon Among Us, the first Reemergence Novel.

Imagine for a moment that you are a Dragon. A creature of unimaginable power, unending intelligence and strength, and you’ve just woken from ten thousand years of slumber. Worse yet, you’ve awoken underneath a city; Boston, an alien and strange place that defies everything you’ve ever known.

Your last memories were of primordial forests, erupting volcanoes sculpting a developing world, faeries, witches, vampires, krakens, and monsters that feared where you turned your eyes.

But all that is gone. Humans, only barely coming into their own in the world from your memory, have taken over. They have erected cities made of stone and steel erupting from the earth like stalagmites reaching for the high blue sky, and developed sciences that have overshadowed even the glory of old magic.

This was not the way it was supposed to be.

Meet Tesser, the Dragon. He who walks in any form, and flies the skies free of fear.

A Dragon Among Us is Tesser’s story. Walk with him as he learns the human way, and discovers the dark truth about why magic has really faded from the world he calls home.

And just maybe, humanity will remember why dragons were most noble, and most savage creatures again.

Welcome to The Reemergence.

Tesser: A Dragon Among Us is a mythical journey into urban fantasy. Set in the modern day but filled with elements of wonder and magic, it is sure to please enthusiasts of both action, adventure, and romance. 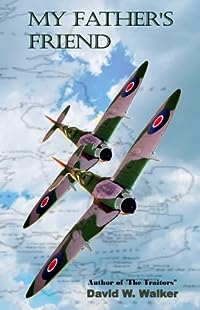 MY Father’s Friend: One Summer in Hell
by David W Walker

Summer, 1940. Britain is fighting for its very existence against the undefeated German war machine. Outnumbered and battered, the RAF fighter squadrons bear the brunt of Churchill’s strategy to resist, with every resource possible, to the bitter end. The Luftwaffe’s deadly bombing campaign is nearing the critical moment to clear the way for Operation Sea Lion — the invasion of England. Hitler is winning.

There was a terrible moment when Goliath stumbled. What caused the pause on September 15th between the two massive German air raids designed to finally crush the last of Fighter Command? What gave the RAF time to re-arm and refuel? What unknown event allowed them to gamble invaluable pilots and aircraft in a complete reversal of the previous strategy of caution and restraint? Wasn’t this taking the German bait?

David Walker’s imaginative tale extrapolates from study of the Ultra intelligence gleaned from the broken German codes and the infamous “Enigma” machine as well as incredible espionage missions into the occupied continent. We live in the cockpit and on a secret mission that pays for the gamble, the gap, that is the ‘hinge of fate’ for the Battle of Britain. In any decisive moment of history, there will always be an inner human story of turmoil, betrayal, and loyalty among those men and women who face such challenges. This novel tells its tale through the eyes of a young fighter pilot who carries a secret — only he can reveal — to the son of a dead comrade thirty years later.

From the author of “The Traitors”, this is a fast-paced war thriller that packs a punch. 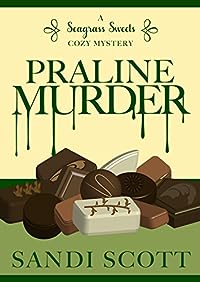 What happens when the price of fame is murder?

When a reality television show comes to Seagrass, Ashley and Patty jump at the chance to cater to Hollywood. Little did they know, the drama would spill off the screen into their lives.

When one of the reality show’s stars shows up dead in a historic mansion in Seagrass, rumors spread that the old house is haunted and people start to wonder if a ghost could be responsible.

Ashley knows better, but she is distracted by an emergency with Ryan and Dizzy.

She doesn’t know who she can trust anymore and has to solve both mysteries before it’s too late.

This is the fourth book in the Seagrass Sweets Cozy Mysteries Series.
BONUS: Recipes included. 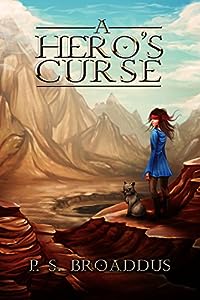 A Hero’s Curse (The Unseen Chronicles Book 1)
by P.S. Broaddus

The fantastical adventure of a young blind girl who is propelled on a perilous journey to find her realm’s missing king.

“It’s one thing to hear monsters bump in the night. It’s quite another to never be able to light a lamp and chase them away.”

She has never worn magical armor, stood up to a queen, or run from dragons. Instead, Essie, her sarcastic cat Tigrabum, (just call him “Tig”), and her secretive family struggle to survive on their small farm nestled against the forbidding cliffs of the Valley of Fire.

But all that is about to change when a rebellion against the cruel interim ruler is sparked. Forced to flee for their lives, Essie and Tig lose themselves in the twisting labyrinth of the ancient lava flow. When Essie finds proof that the missing King Mactogonii may be alive, she is given the opportunity to help restore stability to the kingdom. But the course of her journey will force her to face her deepest fears and unravel the mystery behind her own blindness… if Essie can survive the encounter.

A Hero’s Curse is the first novel in The Unseen Chronicles, a fantastical series brimming with fast-paced action, adventuresome mystery and surprising friendships, all propelled by an inventive and unique story concept. If you enjoyed the Gregor the Overlander series, this is the story of a reluctant character (this time a girl) assuming the role of a hero. Like Fablehaven it’s a humorous adventure with colorful characters.