When The Sun Goes Down

I am feeling it today. I stayed up waaay too late (9:30 whoa!!) to listen to a friend of mine play at a little club in downtown Petaluma, CA called the Big Easy. It was a small place with a very New Orleans feels to it that made the eighteen piece band’s music sound fantastic. My friend was playing the horn last night, and when he did a solo number you could feel the energy through the whole room spark with excitement. It was quite an amazing experience. I was fired up and decided that I should get out more and see the world, or at least more of Sonoma County. Today though I just want to see a couch and have a nap. But that is not in the cards today. 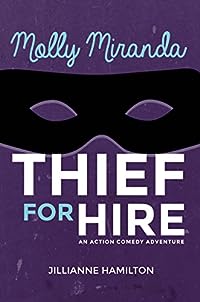 Shortlisted for the 2016 Prince Edward Island Book Award for fiction.

Join Molly on her hilarious adventures as she dodges bullets, trespasses, wears disguises, and steals her way into trouble.

Professional, experienced contract burglar.
It’s not exactly something you can put on a business card.

Molly Miranda has made a successful living from “acquiring” valuables and delivering them to clients who pay buckets of cash for her unique services.

So what if she has to lie about her lavish lifestyle in Manhattan and her frequent trips out of the country? Molly has everything under control.

Things go astray when she knocks boots with her charming roommate right before taking off to Scotland with an untrustworthy wildcard on a job assignment that doesn’t go quite as planned.

It doesn’t help that this new partner-in-crime is super annoying. And attractive…

Perfect for fans of Janet Evanovich’s Stephanie Plum series or comedies by Meg Cabot. Recently reached #3 in Women’s Adventure and #4 in Humor & Satire (American) on Amazon! 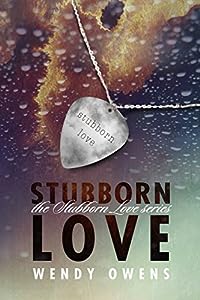 Colin Bennett and Emmie Stirling don’t make sense together. Just because two pieces are broken doesn’t mean they can be made whole together.

Emmie carries a cross her guilt will not allow her to put down.

Colin has never met someone trustworthy, including his own family.

Both had Stubborn hearts, the last thing they wanted was to meet someone who would challenge everything they thought they knew about the world. The question is will one of them have the strength to fight enough for both of them to have a chance at something more. 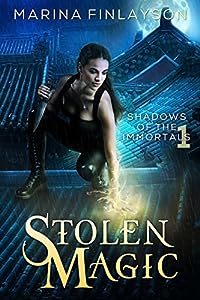 Stolen Magic (Shadows of the Immortals Book 1)
by Marina Finlayson

Lexi Jardine may be a thief, but she’s not stupid. When a crooked fireshaper wants her to steal a ring from the boss of his order, she knows it’s a one-way ticket to sleeping with the fishes. Her answer is to drop off the face of the earth.

Safely hidden in a quiet seaside town, she just needs to keep her head down and pretend to be a regular human. Since her only magical ability is the power to control animals, that should be easy, right?

Then a new fireshaper shows up in town. He’s hot as hell but oddly hostile. With his suspicious eyes watching her every move, her safe haven starts feeling more like a trap. When her best friend disappears, Lexi knows the time for hiding is over. Though the fireshapers are more powerful, Lexi’s not one to abandon a friend — but it will take everything she’s got to save them both from the flames.

How can you prove you didn’t commit a murder? A killer is loose in an upscale Sacramento neighborhood. He murdered Sarah Wagner’s aunt, but the close-minded detective working the case doesn’t believe he exists. He’s intent on arresting either Sarah or her cousin for the crime. Sarah has to put aside her mind-numbing grief and focus on unraveling the mystery of her aunt’s death. She’s smart and strong, but this will take a depth of courage she’s not sure she possesses, because the killer may be coming after her, and every move Sarah makes seems to increase the odds that one of the people she loves is the killer. 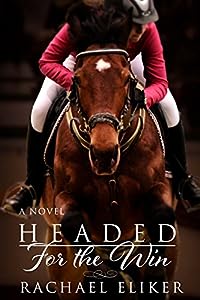 Nadia Wells has spent her life trying to convince her parents that horses are a necessity but despite her best efforts, they see them only as an extravagant luxury. After landing her dream job mucking stalls in exchange for riding lessons, a wealthy philanthropist recognizes Nadia’s talent and decides to invest in her. Purchasing a mare nicknamed Winny, Nadia is sure she’s bound for equestrian greatness but on the cusp of their most challenging three-day event yet, Winny bucks Nadia off in front of a crowd of her peers. Humiliated and fuming, Nadia makes a birthday wish that she could better understand her horse. The next morning, she wakes up to discover she has four hooves and a tail swishing between her legs: she and Winny have switched places! If life as a teenage-girl-turned-show-horse wasn’t hard enough, Nadia has to figure out a way to tell the dashing Mike how she feels or risk losing him and the competition to the talented, gorgeous and spoiled Gretchen. Will the pair concede defeat or work together to overcome the impossible and be headed for the win?