I am going over to a friends house later tonight to celebrate her son getting his black belt in Tae Kwan Do. She just informed me that she bought a chocolate cake. We don’t need to be there for another five hours, but I am dressed and ready to go. Now..cake..now. 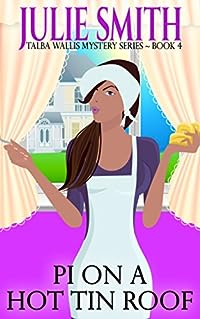 YOUR LAWYER NEEDS YOU TO BAIL HER OUT? ISN’T THAT KIND OF BACKWARDS?

So thinks PI Talba Wallis, on her way to Parish Prison — and indeed something’s badly amiss.

New Orleans’ most dynamic detective duo, poet/computer genius Talba and street-savvy Luddite Eddie Valentino, have a personal interest in this one — Eddie’s lawyer daughter Angie’s been set up for a drug bust.

Prominent Judge Buddy Champagne’s the obvious perp and Talba’s so mad she embeds herself in his house as a spy — but she doesn’t count on ending up with a family straight out of Cat on a Hot Tin Roof; nor did she realize how involved she was going to get — especially with Buddy’s 14-year-old daughter Lucy.

It works, though, She uncovers plenty of evidence the judge is dirty. And then things get ugly: Somebody kills Buddy and Talba’s true identity comes to light. The Champagnes hate her at this point, but guess what? They hire her to solve the case.

There are plenty of mysterious twists and turns on the way to an ending guaranteed to surprise — but the real joy here is in the relationships, especially Talba’s with Lucy, who, it turns out, is a budding poet. And with another little girl, her boy friend’s bratty daughter Raisa. She’s SO not prepared for quasi-motherhood! 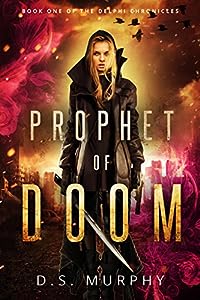 Prophet of Doom: Delphi Chronicles Book One
by D.S. Murphy

“A new twist on time travel dystopia.”
“On edge of seat till 2am. Mindblowing.”
“There is nothing same-old about this story.”

A GENETIC EXPERIMENT. AN APOCALYPTIC VISION. A RACE AGAINST TIME.

You’d think time-travel would be a useful gift, for cheating on tests and winning the lottery–stuff like that. I might have enjoyed my ability… if I hadn’t discovered humanity is on the brink of a genetically-engineered apocalypse.

Bodies rotting in the streets.
Wilderness eating away at my hometown.
Monstrous creatures hunting down the few survivors.

No one can save the world… except me.Because for me, it hasn’t even happened yet.For me, it might never happen.

All I need to do is kill the man who will destroy the world.
The father of my high-school crush.

The only problem is, the more time I spend in that dystopian wasteland, the less I want to erase it.To save the future, I’ll need to sacrifice the one person I can’t bear to lose.

Prophet of Doom is a young adult science fiction adventure for fans of the Maze Runner and Divergent. Let yourself be captured by this zombie-infested time travel adventure based on Greek mythology. 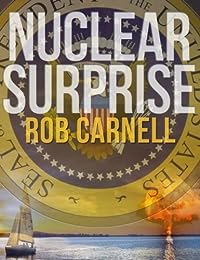 In this action thriller Kamal Pashwari, a billionaire from the Middle East decides the United States needs to be taught a lesson for his sons death in a military encounter.

He finds an ingenious way to steal and smuggle an old Russian suitcase nuclear weapon into the U.S. with an unknown target.

Russia is terrified it will be blamed, and sends their top agent Natasha Karpov to team up with Matt Peterson, an up and coming CIA analyst to track the bomb’s path to the U.S. and try and locate the weapon before the impending disaster.

The author neatly weaves fact with fiction, including Schapelle Corby drug smuggling, as well as terrorist bombings in Bali & London. 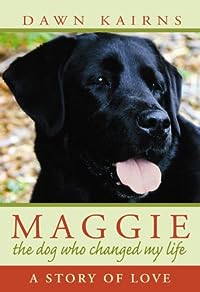 MAGGIE: the dog who changed my life: A Story of Love
by Dawn Kairns

Discover the sixth sense communication that occurs between humans and their dogs…
The connection between Maggie and Dawn was powerful.
Maggie’s genuine and beautiful essence opened Dawn’s heart and she became more real. Through their relationship Dawn learned that dogs are intelligent and emotional beings that can sense human thoughts. From housebreaking to adolescent escapades and on through old age, Maggie’s radiant spirit became interwoven with the fabric of Dawn’s life. The depth of their bond opens a surprising door to intuition and dream communication about Maggie’s fate. Through their journey, Dawn experiences the joys of sharing life with a dog that so touched people as well as the profound grief that comes with the loss of her beloved Maggie. 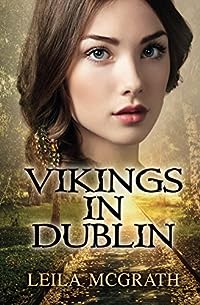 Vikings in Dublin
by Leila McGrath

837 A.D. Sixty Viking ships appear on the horizon and the marauders come murdering and torching. Ireland’s Prince Malachy demands the leaders build an army, but nothing is done while the Vikings sweep across the land. His daughter, Melcha, is finding that it’s the worst possible time to fall in love.

Malachy takes matters into his own hands by marrying a warrior princess and building an army. But when the Viking king surrounds his fortress and imprisons Melcha’s lover, it seems Ireland has no hope. It’s only when Malachy devises a plan involving beautiful Melcha that Ireland stands a chance.

Based on a true story, VIKINGS IN DUBLIN won’t fail to keep you on the edge of your seat.