Love is A Thief

I like to put my feet up on a chair while I work at the computer, but my kitty, Sinny, just claimed the chair and pushed me off of it. There are four other chairs around the table, but he had to take my chair. Junebug needs to be in my lap right now to take her morning nap. There is a very comfy pet bed four feet away, but that will just not do. It must be my lap. Now my arms are at a weird angle to the desk and it’s hard to type. I’m feeling very loved right now. 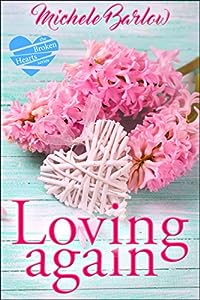 Evie Ward had the perfect life. A great career, a beautiful daughter, and handsome husband that was her rock. It’s hard not to take perfection for granted, and Evie never planned for the possibility that all of it could end. Evie is left adrift in a world covered in shadow with a young child to be strong for, even as she is breaking apart.

On a whim, she joins a support group for women suffering loss… any kind of loss. Her newfound friends form much more than a simple bond of tragedy, they form The Broken Hearts Club. Part shoulder to cry on, part advice column, and all cheering squad. It’s only with their support that Evie feels strong enough to start her life again somewhere new.

Friday Harbor is the perfect place to find some peace. Evie concentrates on opening her own shop and getting her daughter settled into their new home. Yet, it still feels like there’s something missing.

It takes a small disaster to bring some hope back into her life. Leo Carr could be just the kind of man to make all of the hurt and sadness inside her burn away forever. Can Evie push away the expectations of others and reach out to grasp the happiness Leo is offering?

Loving Again is a romance novella in The Broken Hearts Club series with a HEA and no cliffhanger. 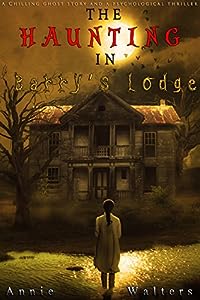 The Haunting in Barry’s Lodge: A Gripping Paranormal Mystery
by Annie Walters

He’s Alone, frightened and trapped. He thinks he knows fear, but he is about to find what it means to be truly scared. He hears someone drawing close, RUN. She is coming for him…
Alfred, a washed-up author, plagued by failures can’t believe his luck when his father-in-law, Frank, provides him with a chance that he direly craved for:

Seven days alone in an isolated Motel with the task of finishing his upcoming book!

But little does he know about the Motel’s unsavory history. Hidden in the copse of trees and about 400 miles away from his home, it is a two-story facade located in the dark forest of Skiddaw. With no WIFI, poor signals and weird set of rules, the dark atmosphere soon turns his seemingly idyllic trip into a living nightmare. Apart from the usual creaks, groans, and moans of the motel, he soon finds himself face to face with an entity. An urban legend that is lurking in the woods long before the motel found its existing foundations.

The Motel’s dark and deadly history quickly becomes tangled with Alfred’s life as he frantically searches for answers. Barry, the caretaker, is hiding something. But what is it? Is there someone else living in the motel besides him? Or is Barry not what he seemingly appears?

Alfred rapidly begins to lose his tenuous grip on reality as he sinks further and further into an intricately designed game of deceit and lies that might put his life in danger! Or is he a threat to himself and everybody around him? 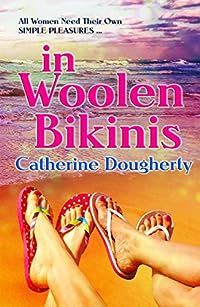 All Women Need Their Own Simple Pleasures… Jean and Rosie are involved in a new adventure together–one they’re both excited about–and they’ll introduce you to some interesting characters along the way.
While Jean is also busy dealing with numerous man issues, her best friend, Rosie has plenty of issues of her own: she’s facing empty nest syndrome, her husband is recovering from heart surgery, and she’s finally prepared to solve a deep, dark secret from her past. Then, there’s the unexpected news that could shatter her optimism and faith.
In Woolen Bikinis is an engaging story about the unpredictable twists and turns that can happen in any woman’s life, as well as a strong friendship, one Jean and Rosie are fortunate to have, that can help carry one through.
It’s also about Simple Pleasures, plenty of them (like woolen bikinis).
Be prepared to be delighted! 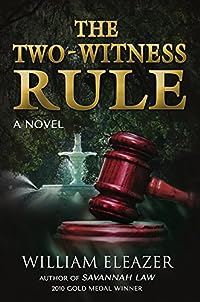 The Two-Witness Rule: A Novel
by William Eleazer

Assistant District Attorney Scott Marino, has been assigned a tough case — the prosecution of Max Gordon, one of the nation’s most prominent and successful defense attorneys, accused of paying witnesses to commit perjury in a Savannah criminal trial.

Some crimes are just different. Murder is the most serious crime committed on an individual, but perjury is the most dangerous to the criminal justice system. While one witness is legally sufficient to prove murder, for perjury, the “two-witness rule” applies. But the young prosecutor is challenged by more than this unique rule. He must prosecute a cunning lawyer who is defended by another just as crafty. He wants this dishonest attorney disbarred and put away for 10 years. With the stakes so high, Marino faces threats to both his integrity and his life as he prepares for the biggest trial of his young career.

This is the third novel by William Eleazer. All of his novels — Savannah Law, The Indictments, and now, The Two-Witness Rule — share the same locale: beautiful and quaint Savannah Georgia 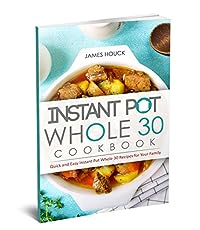 In this book, I have explained about the concept of Whole 30, which will help you build a healthy relationship with food. Whole 30 dishes are known for their ease to prepare and cook. The process is easy, less time consuming and utilizes commonly available ingredients. It helps you prepare mouthwatering meals in the minimal time with complete satisfaction.

The idea of Whole 30 is to revise your lifestyle and transform it to the better version. With the help of this book, you can work on your body for next 30 days, preparing and experimenting with your cravings. The plan will help you get control over the irregular food-related behavior and cravings. The output at the end of the 30 days will be beautiful: you will feel better, both inside out!

This book includes various whole 30 Instant Pot recipes based on chicken, beef, seafood, and pork for breakfast, lunch, and dinner and snack time. Each recipe has been created keeping the main ideology of Whole 30 cycle in mind that is, easier recipes, and more varieties.

The meals also follow the rules of Whole 30 programs and constitute of ingredients which are allowed to be consumed in this diet. The restricted food groups are absolutely not included in the ingredients of such recipes. These recipes consume no time at all, which defines its specialty.

Be it chicken or pork, this recipes book is the ultimate answer to all your queries regarding cooking recipes using an Instant Pot. Go through the book to indulge yourself in the process of becoming a better you.