I Hope I Count To Twenty

MERRY CHRISTMAS EVE!!!!! HAPPY HOLIDAYS! and.. HAPPY TUESDAY! The Tuesday part I am very excited about. Why? you ask. Dunno. Don’t come to this blog looking for answers to anything. I most likely got my facts from the internet from a group of people called the “They”. They say a lot. So many opinions. My oldest basset wants to make his brother a gift made out of wood today. This of course means power tools. Hubby is off to work this morning, so that leaves me. I have no issue with the power tools, I use them all the time. I love making stuff. They are almost never pretty, but the process is fun. So today for the first time I will be helping my oldest. Hmmph. After I finish a project I am always surprised that I have all my fingers. It’s a good day when you can count to ten. Today I will have to count to 20. I am worried. 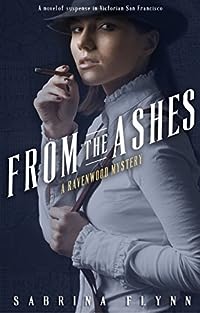 From the Ashes (Ravenwood Mysteries Book 1)
by Sabrina Flynn

Atticus Riot took a bullet to his head the day his partner was killed. Three years later, Riot returns to San Francisco to put his ghosts to rest, but the abduction of an heiress snags his attention. Two ransom demands are delivered, and the husband of the abducted Isobel Kingston is hiding the truth.

The clock is ticking. Can Riot find Mrs Kingston in time, or will she become one more regret among many? 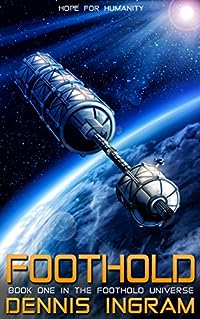 Foothold: The Story of Mankind’s First Expedition to the Stars
by Dennis Ingram

A starship with eight people is launched into the unknown for the epic adventure of a lifetime.

In the second half of the 21st century, Earth is struggling under the load of an ever-increasing population and a degrading environment. The tide of human politics ebbs and flows. Rising above the turmoil, the will is found to build one lone starship and launch it toward Tau Ceti.

Hope for the future, hope for humanity. 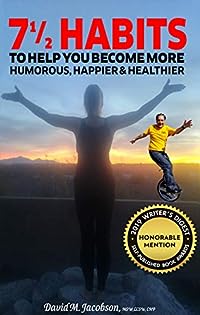 “7 1/2 Habits To Help You Become More Humorous, Happier & Healthier” is an easy and fun book to read. The practical applications on how to improve your sense of humor make this a ‘keeper.’ This book reveals the mysteries to improving your sense of humor to be happier, healthier, have better relationships and make you a more humorous person. This funny, uplifting and endearing book will teach you the secrets of using humor to decrease stress, cope with adversity and enhance the good times. It tells the story of one man’s rise from the depths of illness and chronic pain to the heights of success attributable to his daily humor habits. He explains his discovery of how the simple use of HUMOR can transform your life and the world you live in. 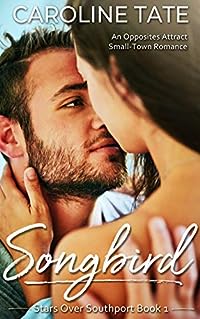 It all started with a song. Eye-opening. Soul-sparking. A song I knew so well, I could taste it on his lips whenever he kissed me.

Ellie Stone’s only goal this summer is to get the Southport Music Festival off the ground without a hitch. But when she meets the funny, sexy, and nerdy Mason Matthews at a concert in Wilmington, they instantly connect on an honest, soul-stirring level.

As they head their separate ways after sharing an almost-night of pure lust, Ellie is ready to focus all of her attention back on festival prep. But when plans nosedive and the feature band pulls out of the lineup, she decides to get scrappy and take action. No matter who it involves.

After an ego-shattering scuffle with Mason in the middle of town, Ellie has to swallow her pride in exchange for his help promoting the event. But Mason swears his hands are tied.

While his feelings for Ellie continue to multiply, are they strong enough that he’ll risk breaking company policy just to help promote her dream? Or will he leave her hanging on the very last note? 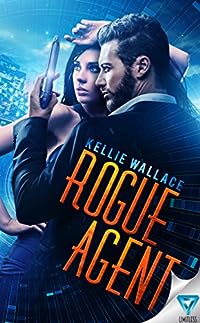 In the year 2040, futuristic hit man Seth Langdon travels the world by rifts in time, carving a successful career in murdering corrupt men and women. He’s the top assassin working for the elite underground agency, Haroun.

During a routine assignment in Oklahoma, Seth carries out a hit on an arms smuggler, David Bloom. But after the job is done, Seth can’t shake the feeling something is very wrong. He’s left haunted by the memory, but what made Bloom so different than Seth’s other targets?

Then his next assignment rolls in…

After a coveted promotion, Seth becomes an Expult agent — an assassin with the freedom and rights to eliminate specific targets. For his first official hit with the new job title, he’s ordered to kill animal activist Terra Bloom, daughter of David Bloom. Regardless of Seth’s guilt over killing her father, she’s just another target… or is she?

Seth’s moral compass spins out of control as inner struggles clash with his dedication to the job. When his decisions leads to tragic consequences, Seth and Terra embark on a journey, fleeing from the very organisation Seth dedicated his life to.

When a trained killer falls for his mark, he’ll use every resource to protect her — even if he’s deemed a Rogue Agent.