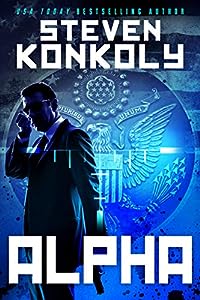 A “RETIRED” COVERT OPERATIVE WILL DO ANYTHING TO PROTECT HIS DARKEST SECRETS…
Daniel Petrovich, formerly part of the Department of Defense’s infamous Black Flag Program, protects a secret buried in the deepest vaults of the Pentagon. Blackmailed into executing one final mission for his previous commanding officer, Daniel’s carefully constructed “life” rapidly disintegrates into a relentless federal manhunt–and a “24-style” race against the clock to suppress the shocking truth about his past. To survive, he’ll release the darkest side of his concealed identity. A dark side with few boundaries–and even fewer loyalties. 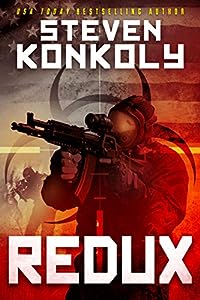 AN UNTHINKABLE THREAT EMERGES TO THREATEN THE WEST — AND ONLY ONE ORGANIZATION CAN STOP IT!

Two years after shocking Washington D.C. with a brutal twist, General Terrence Sanderson waits in the shadows for the right moment to demonstrate the grim necessity of his resurrected Black Flag program. His opportunity may arrive sooner than expected.

Obsessed with reviving a bio-weapons program long banned by the Russian government, Reznikov has found partners willing to fund the project–with unimaginable consequences.

Berg goes off the books, sending one of Sanderson’s Black Flag teams to track down Reznikov. Led by Daniel Petrovich, the team races to stay one step ahead of a twisted conspiracy aimed at crippling the West.

In the end, nothing is what it seems in this gritty world of covert operatives and back room Washington agendas. 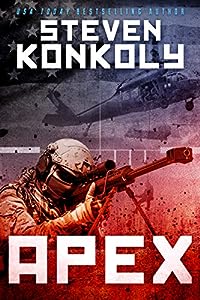 Nothing is what it seems in book three of the Black Flagged Series!

A tense alliance between General Sanderson and the CIA narrowly averts an apocalyptic attack by Islamic fundamentalists in Europe, but ultimately fails to recover the virus canisters. With the biological weapons still missing, the specter of a devastating attack against the United States looms dangerously closer.

Desperate to stop Al Qaeda, Daniel Petrovich’s “black ops” team is sent to investigate the last lead provided by Anatoly Reznikov, the twisted scientist responsible for designing the virus. What they uncover will shake U.S. authorities to the core.

Every canister of the Zulu Virus has been shipped to the United States…
Back in Washington D.C., this startling revelation is intensified by a grim discovery. Suspected Al Qaeda cells under FBI surveillance have been simultaneously massacred, targets of a shadowy domestic terror organization with ties to a rising political movement. When Special Agent in Charge Ryan Sharpe discovers that Al Qaeda lost possession of every virus canisters in the coordinated attack, he deploys Task Force Scorpion to hunt down a new breed of terrorist and recover the virus.

As Sharpe’s task force unravels the curious fabric of True America’s plot, they start to assemble the chilling details of an impending domestic bioweapons attack–on an unimaginable scale. With time expiring, and his task force running out of options, Sharpe embraces the illicit help of a sworn enemy, whose questionable tactics may be their only chance of stopping an insidious plan to destabilize the United States. 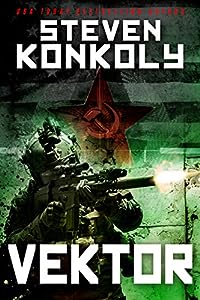 “Stunningly crafted, VEKTOR pits the U.S. and Russia against each other in a covert, life and death struggle to determine the fate of a forbidden bioweapons program — and the balance of world power”

A covert raid by General Sanderson’s Black Flag unit deep inside Russia… to destroy a bioweapons program that should have ended with the Cold War.

The United States isn’t the only nation looking to tie up loose ends. The sudden abduction of a CIA officer in Stockholm exposes the Russian Foreign Intelligence Service’s (SVR) ruthless campaign to discover the truth behind the massacre of an elite Spetsnaz team sent to eliminate Reznikov… and permanently bury his knowledge of Vektor’s sinister purpose.

When the SVR investigation takes a turn that could threaten the mission against Vektor Labs, Berg goes “off the books” like never before to even the odds.

Through an intricate web of unsavory alliances, deviously orchestrated political maneuvers and shockingly brutal black-ops sanctions, Karl Berg will set in motion an unstoppable chain of events with the potential to ignite a new Cold War. 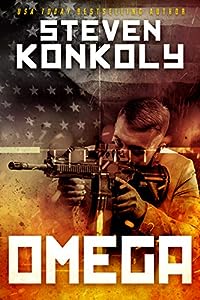 A TOP SECRET, JOINT U.S. — RUSSIAN SPECIAL FORCES RAID AGAINST A HIDDEN LABORATORY OFF THE COAST OF INDIA YIELDS AN ALARMING DISCOVERY!

Anatoly Reznikov, the deranged bioweapons scientist stolen from U.S. custody a few years earlier, vanished minutes before the attack–taking his deadly work with him.

In the United States, Beltway power brokers grapple with True America’s surprise presidential win, finding the new administration to be anything but easy to work with. Karl Berg, demoted within the CIA due to the sudden shift in agency leadership, seeks to stay out of trouble, and retire quietly–a task he finds impossible when news of Reznikov’s near-capture unofficially reaches his desk.

Oblivious to the growing threats domestic and abroad, Daniel and Jessica Petrovich finalize their plan to abandon the “Black Flag” business for good, only to have it delayed by close-hitting news. A last minute trip to the United States drags them closer to an unfolding plot in the heart of Washington D.C.

A plot connected to everyone and everything the Petrovich’s have touched. A diabolical conspiracy none of them saw coming–AND ONLY ONE GROUP CAN STOP!