Not Good For My Health

My poor heart just can’t take these videos I keep running across of people’s close calls. They freak me out and my stress levels goes way up.  You will  even find me screaming at the screen uncontrollably while bobbing and weaving my way away from danger. It is absolute torture. So I watch them all the time. 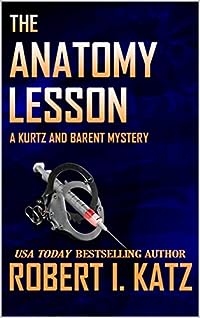 While trying to put the past behind him, surgeon Richard Kurtz finds himself swept up into another murder investigation

The murder of his former girlfriend, Sharon Lee, has been solved, and surgeon Richard Kurtz has finally managed to put the past behind him, settling back into a routine of teaching medical students and residents and taking care of patients. He has a new love interest in graphic artist Lenore Brinkman and life has seemingly returned to normal when Rod Mahoney, an anatomy professor at Staunton College of Medicine, is found brutally murdered in his office.

A murder so horrific that even a seasoned detective is shocked

Lew Barent has seen a lot of dead bodies in his job as a homicide detective but even he is horrified by what has been done to Rod Mahoney. Richard Kurtz had been reluctantly drawn into the investigation of Sharon Lee’s death but his assistance had proven to be vital. Barent is confident that he can count on Kurtz once again, even more so when he discovers that Mahoney and Kurtz were old friends.

The victim has no apparent enemies, but hunting for the killer will reveal unexpected dangers

Rod Mahoney had led a quiet life, with a happy family and a job that he loved. Mahoney had no obvious enemies but somebody had hated him enough to murder him and to tear his body into pieces. Determined to discover who killed Rod Mahoney, and why, Kurtz and Barent suddenly find themselves investigating a twisted tale of bitter regret and decades-old revenge. But powerful forces don’t want this murder solved, and Kurtz finds that while he is hunting a murderer, the murderer is hunting him. 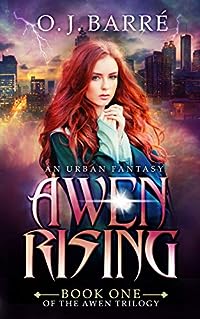 In 2042, Reptilian Aliens will destroy Humanity unless one Druidess can stop them.

Emily Hester doesn’t know that she is a druid or that royal blood runs through her veins. When the Awen Order of Druids declares Emily their leader, her first instinct is to run away. She’s not a heroine and she doesn’t know magic, yet Druid prophecy insists only she can save Earth.

Beset by inner demons and disastrous storms, Emily must summon the courage to claim her Druid legacy, or the Reptilian horde will exterminate all humans, including her.

Awen Rising is the first book in the Awen trilogy. If you like original stories with imperfect heroines and creepy adversaries, you’ll love O. J. Barré’s pre-apocalyptic urban fantasy set in a magical world with explosive action, a rich cast of characters, and a fascinating plot.

Buy Awen Rising today to be whisked away to the near-future with druids and dragons and nasty reptilian aliens with intellect and technology that rivals ours. 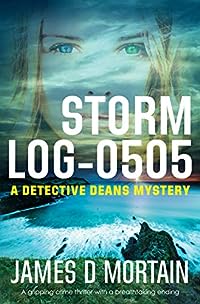 BOOK ONE of the international bestselling Detective Deans Trilogy.

This detective’s best lead could be a voice from beyond the grave…
Bath, England. As Detective Andrew Deans struggles to be present for his wife’s challenging fertility treatment, the case of a missing college student hits a dead end. Under pressure from his job and his marriage, Deans’ inquiry takes a turn when he receives impossible-to-deny evidence from a psychic…

Despite his lack of belief in the paranormal, following the ghostly thread escalates his missing person case into a murder investigation. Unable to focus on his responsibilities at home, Deans works with the medium to build evidence from a new source: the voice of the victim herself…

But as the full horror emerges, will Deans make the ultimate sacrifice to put the killer behind bars?

STORM LOG-0505 is the first book in the Detective Deans Mystery series of crime thrillers. If you like intricate plots, paranormal elements, and twists you won’t see coming, then you’ll love James D Mortain’s page-turning novel. 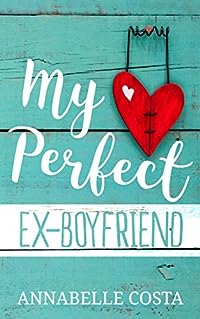 I’ve met the greatest guy ever.

Noah Walsh is handsome as sin. He’s sweet and smart and successful and sexy–all the best adjectives beginning with “S.” My six-year-old daughter worships the ground he walks on ever since he fashioned her smiley face pancakes out of bananas and blueberries. Oh yeah, and he can cook.

I dumped this great guy a decade ago, right after I wrecked his life.

And boy, this man holds a grudge.

This is Book 1 of the Perfect Guy series, but can be read as a stand alone book. 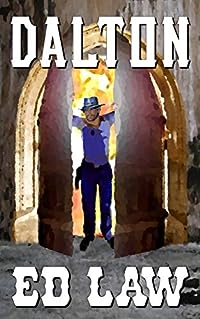 Bushwhacked by the corrupt lawman Walker Dodge, Dalton loses his money, his horse, his gun and very nearly his life.

Recuperating in the dead-end town of Harmony, he hears rumors of a fabulous treasure hidden nearby and, even with Walker closing in on him, that’s enticing enough to risk staying. And then there’s Misty Valdez, the one person who claims to know where the treasure is, and she entices him even more!

But the price of her help may be too high for Dalton. With time running out, can he avoid Misty’s trap and find the treasure before the gun-toting Walker catches up with him?